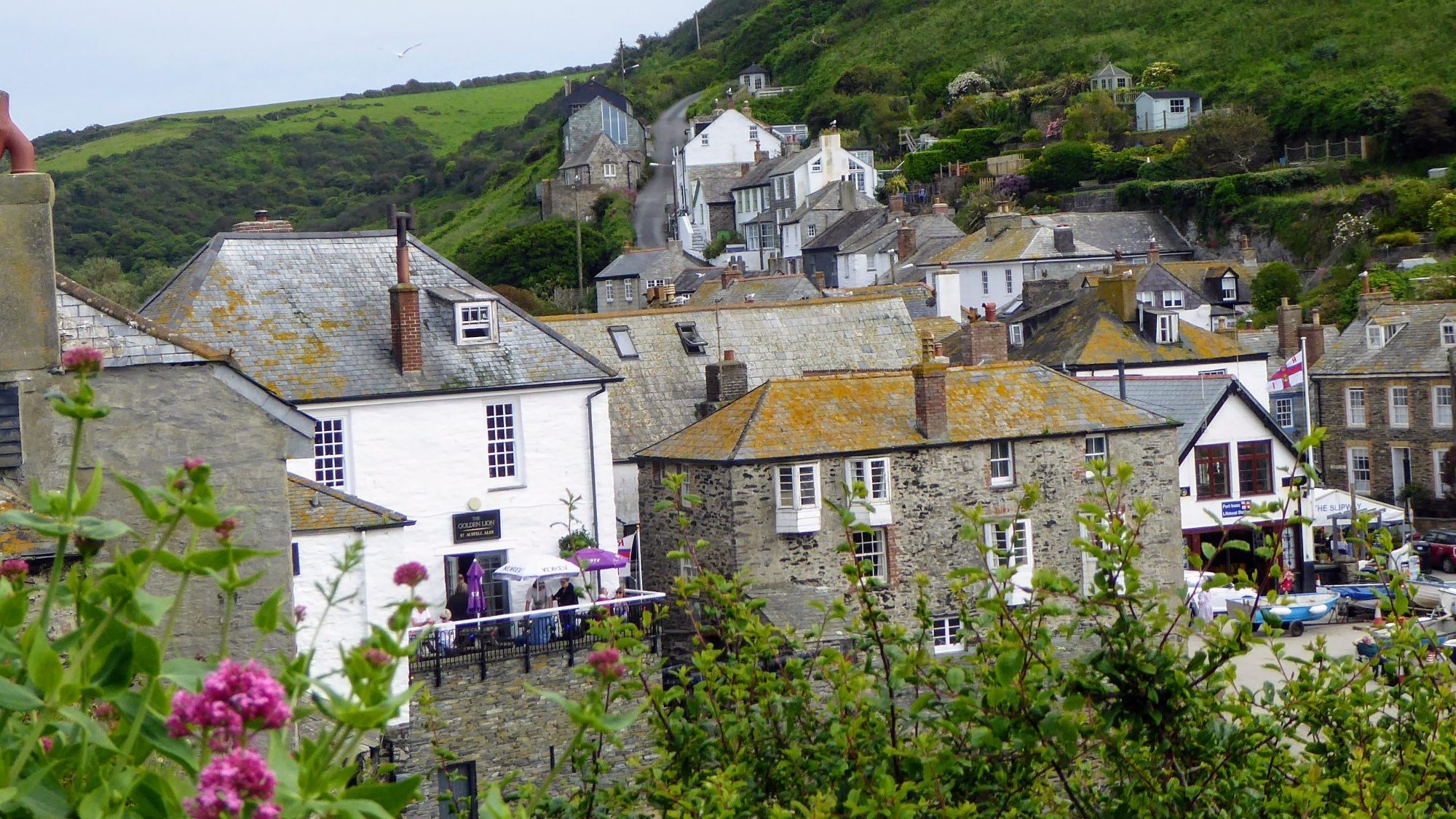 Monday and the weather is dry. Yippee. The forecast wasn’t brilliant but we set off for a drive to Port Isaac, of TV’s Doc Martin fame. As there were some roadworks on the way, we decided to turn off the main road and pop into Boscastle and Tintagel via the more scenic route around the coast.

Boscastle was a nice surprise not knowing what to expect. The car park was packed and we were really surprised at how many visitors were there. Off we set down the main street towards the harbour, which was where everyone else was heading too! As the weather was still looking unsettled, although really warm, I persuaded Patrick to buy a waterproof jacket from an outdoor shop in the town. To be fair, I’ve been trying to get him to buy one for years.

The harbour area although busy with lots of people was strangely peaceful. After taking lots of photos and sitting for a while watching the sea, we set off back to the car, stopping at a tea room on the way for a snack. I had a Cornish cream tea, the scone was huge and Patrick a toasted teacake. We had taken sandwiches with us but they were still in the car!

Next up was Tintagel. We knew that the castle was closed for some building work but decided to go for a walk up the cliff path to view it from afar anyway. The weather by now was bloody roasting, I’m sure Patrick was really chuffed he’d bought that waterproof jacket. The walk to the castle was firstly downhill, then up to the cliff top was quite steep and hard work. We sat on a bench at the top and ate our sandwiches and viewed the castle through the binoculars. A new bridge is being built and it was quite fascinating watching the guys perched wearing harnesses, working right at the end of the section they had made.

We walked down from the cliffs to the beach, which unfortunately isn’t accessible. We could see the cave known as Merlin’s Cave but it didn’t look overly exciting. I was more interested in the information boards showing old pictures of when the area was being mined for tin and silver.   I think we were both trying to put off the inevitable walk back up the steep path to the town but there was no way around it, it had to be done. It was certainly a relief to reach the top.

Tintagel itself is very commercialised. Arthur themed everything and lots of mystical gifts and jewellery shops. We had a look at the outside of the old post office, which is a pretty, medieval building. I took a photo of the outside but we didn’t bother to go inside. I’m pleased we visited though, the walk though hard work was well worth the effort.

Finally on to Port Isaac, using our ‘trusty’ Google navigation! We were directed but missed the turning so after turning around about a mile down the road, came back and turned into a road that appeared to be a single-track, tarmaced replica of Mount Everest with a hairpin bend immediately after turning into it. Thankfully Patrick was driving because my reaction was complete panic and to flap my arms wildly whilst repeatedly shouting “shit”. There was nowhere to go apart from forward so we continued only to round another bend and come face to face with another car. Now at this point I was wondering if I could just get out and run because I was seriously worried about Daisy’s ability to continue up this hill after having to stop! Thankfully the other driver reversed up to a passing place and we were able to squeeze past and be on our way. The road probably wasn’t that long but it felt endless and we were rather relieved to get to the end.

In Port Isaac we parked in the car park which claimed to be 750 metres from the village. We had decided by now that a Cornish meter is much longer that a normal, metric metre but even allowing for that it was a damn long walk down a hill that we were very conscious of having to come back up again. The harbour area was pretty, in that Cornish way of coloured cottages climbing up from the harbour and lots of narrow, winding lanes. Not having watched Doc Martin at all, we didn’t have that fun of trying to recognise landmarks though and I think we were both a bit too tired to be much bothered to be honest and after wandering around for half an hour and spotting a mama and baby herring gull having a bite to eat, we decided we’d earned a beer so popped into one of the pubs, the Golden Lion.

All in all we’d had a really enjoyable but tiring day but pleased we saw the places we visited.

See below for a slideshow of today’s photographs. 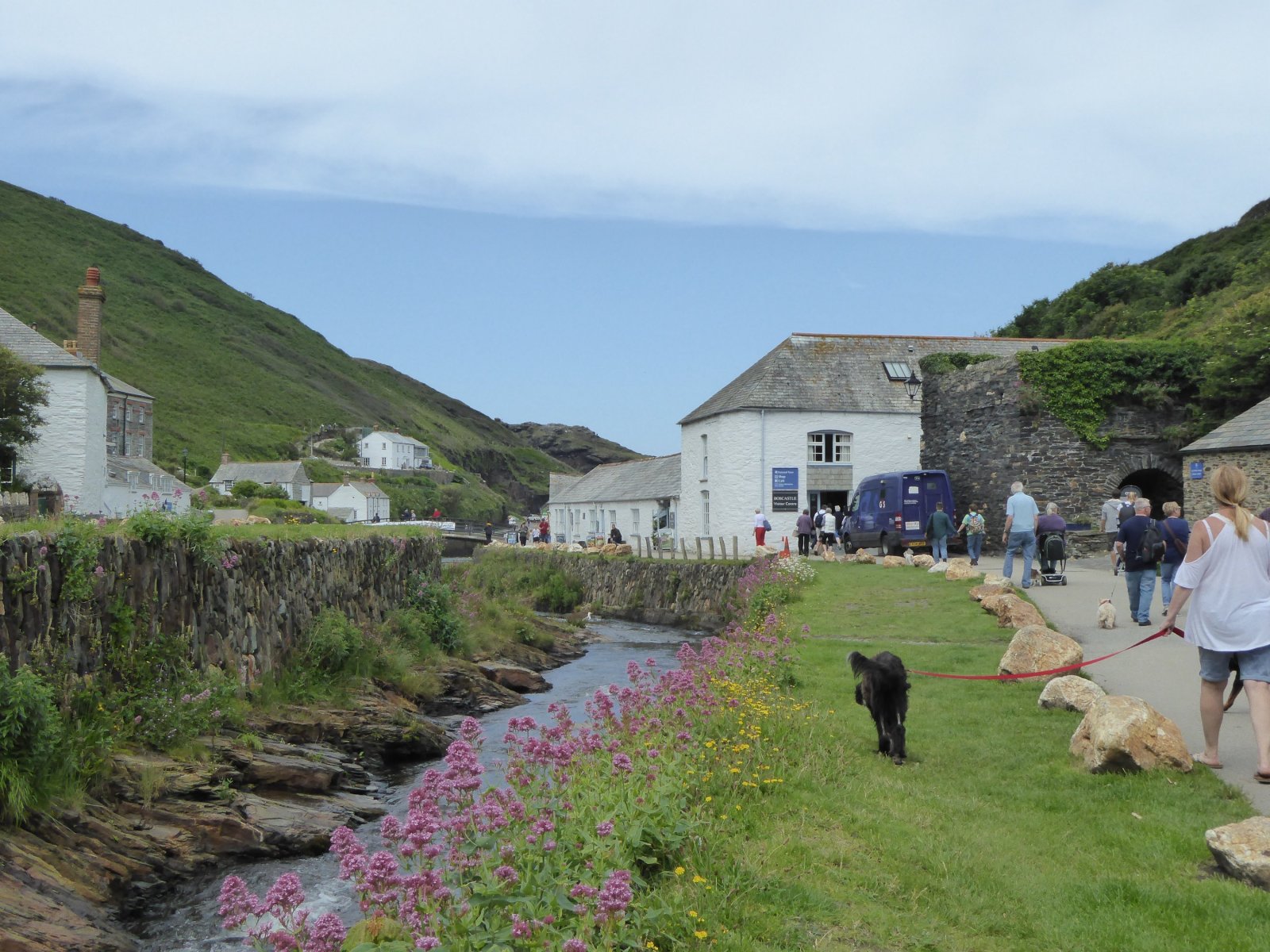 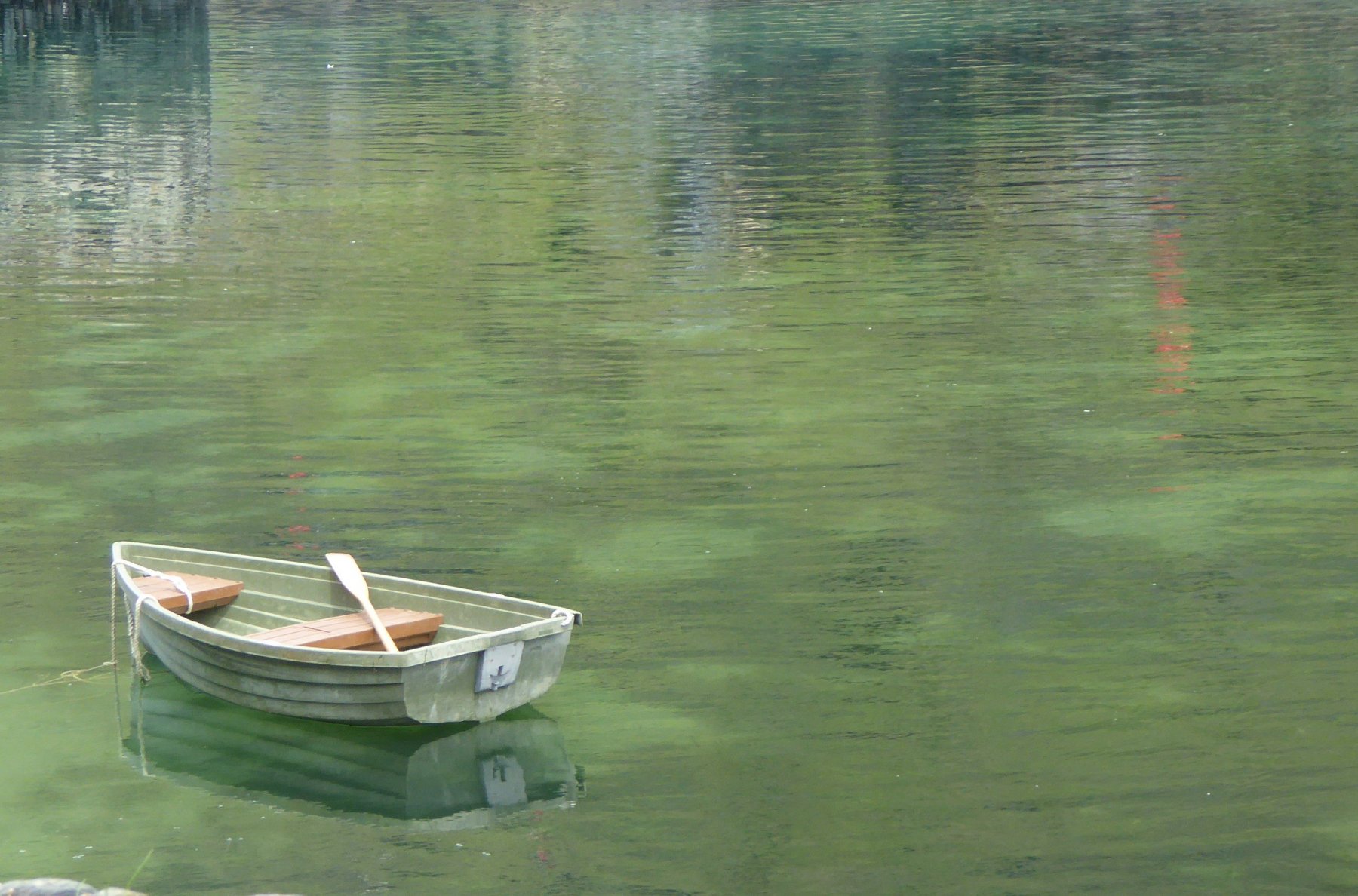 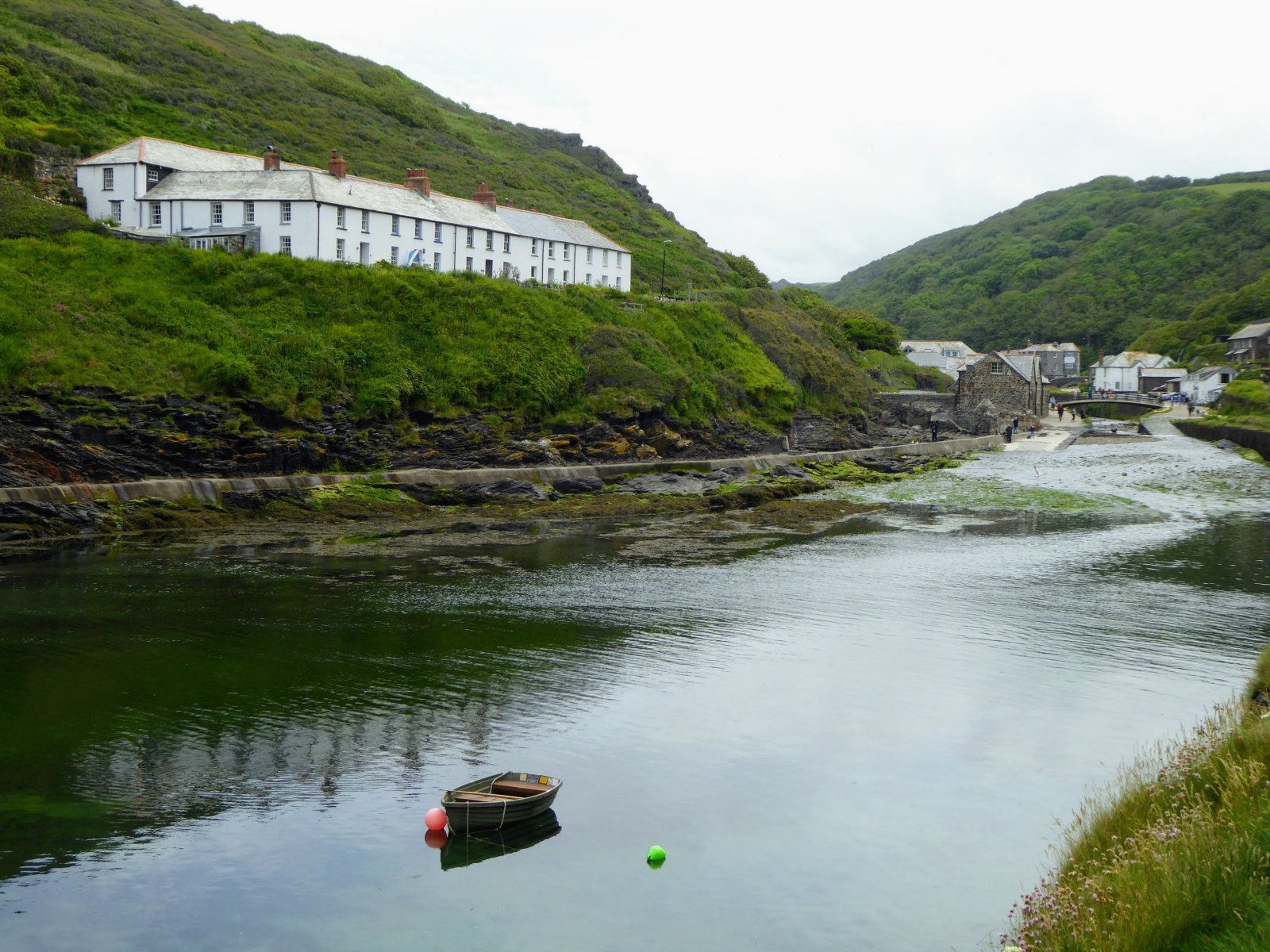 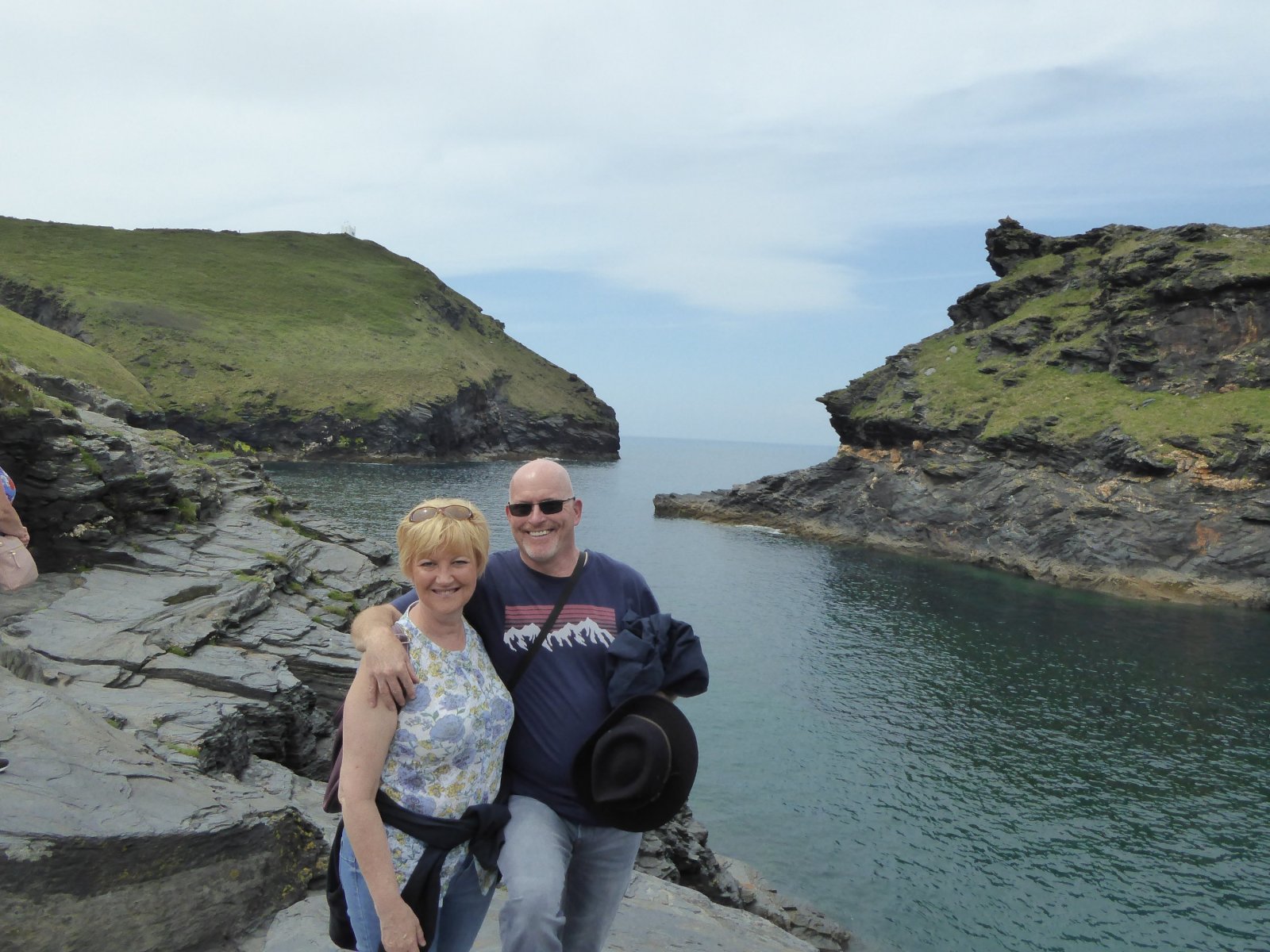 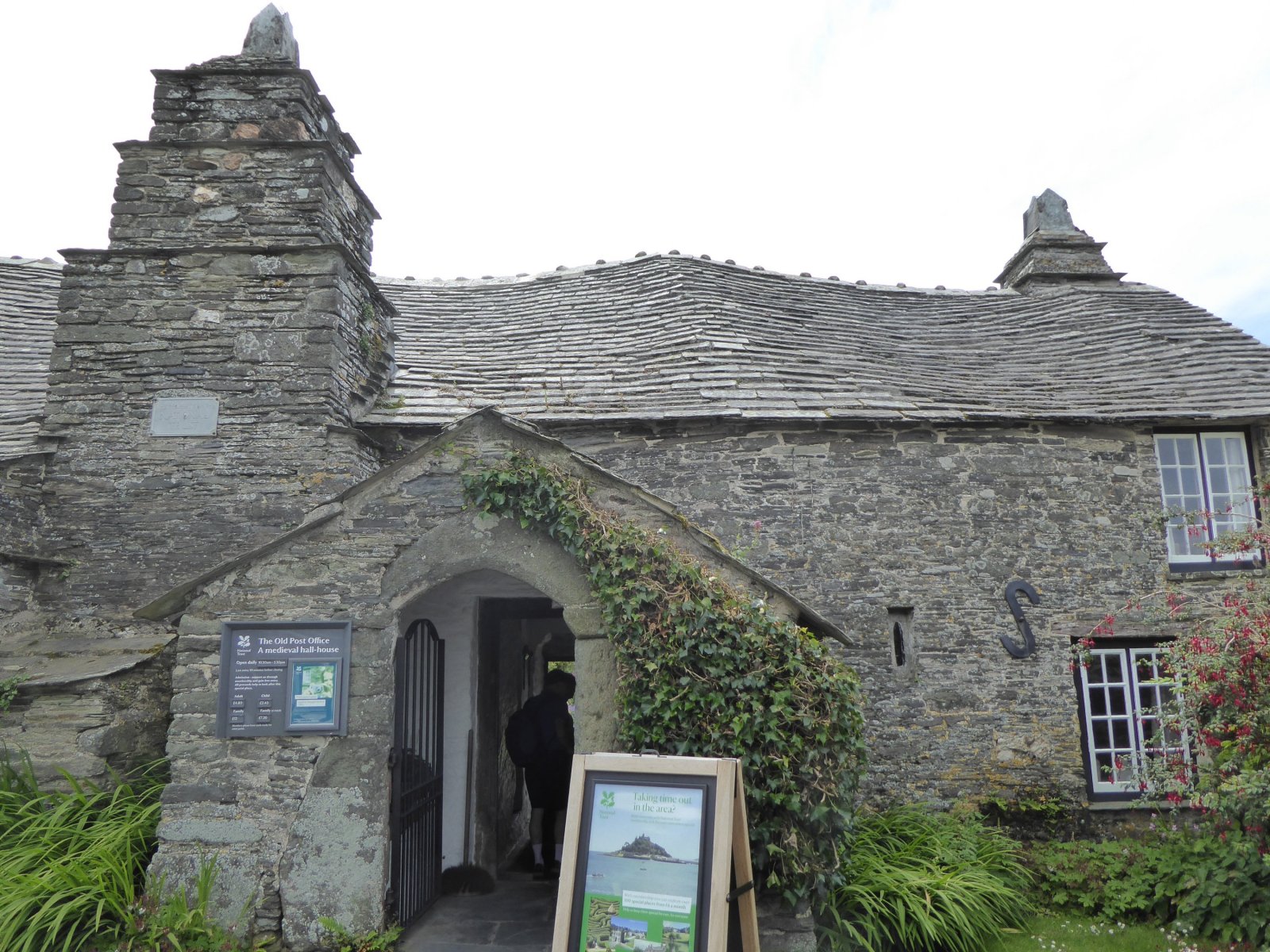 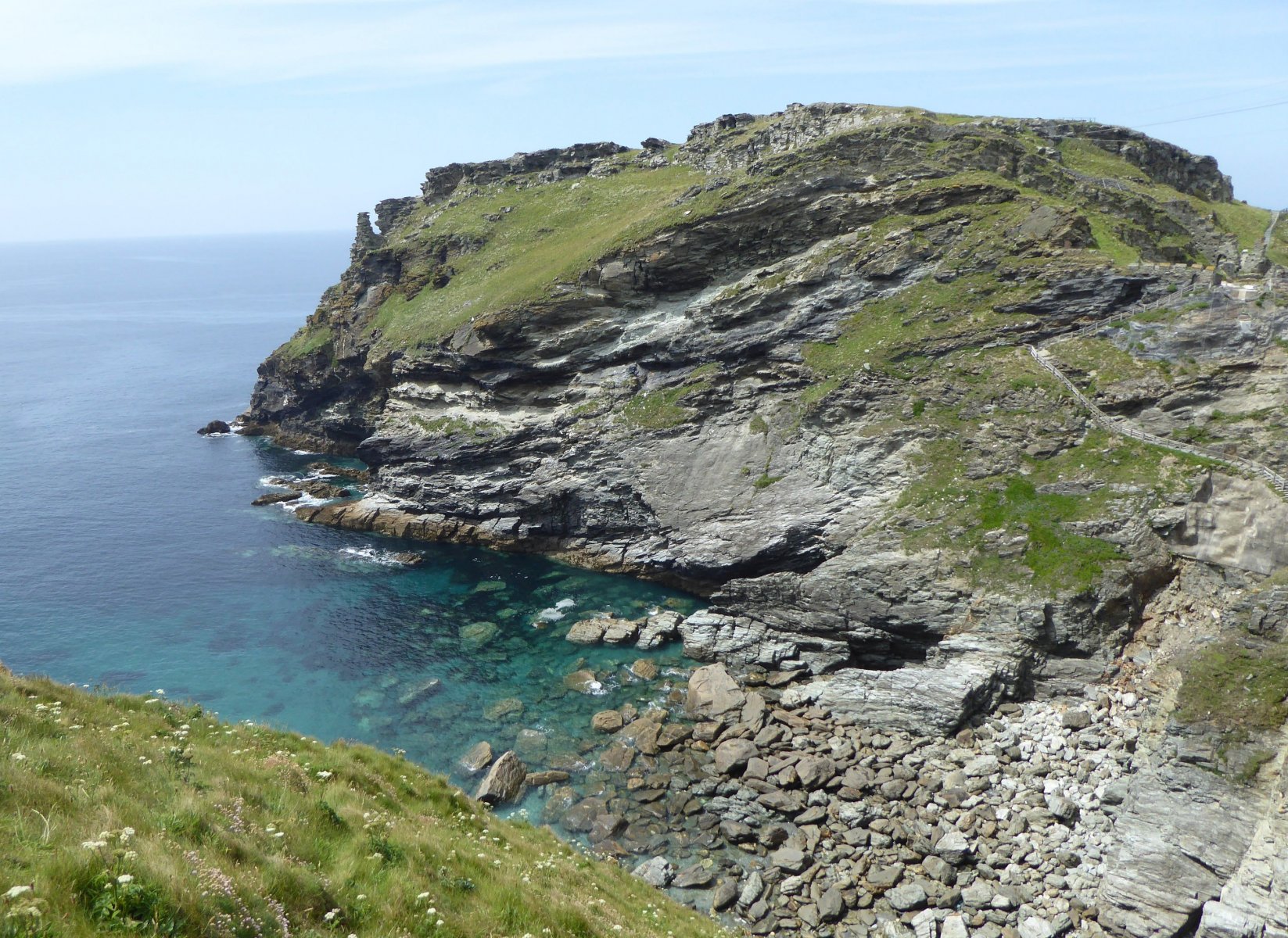 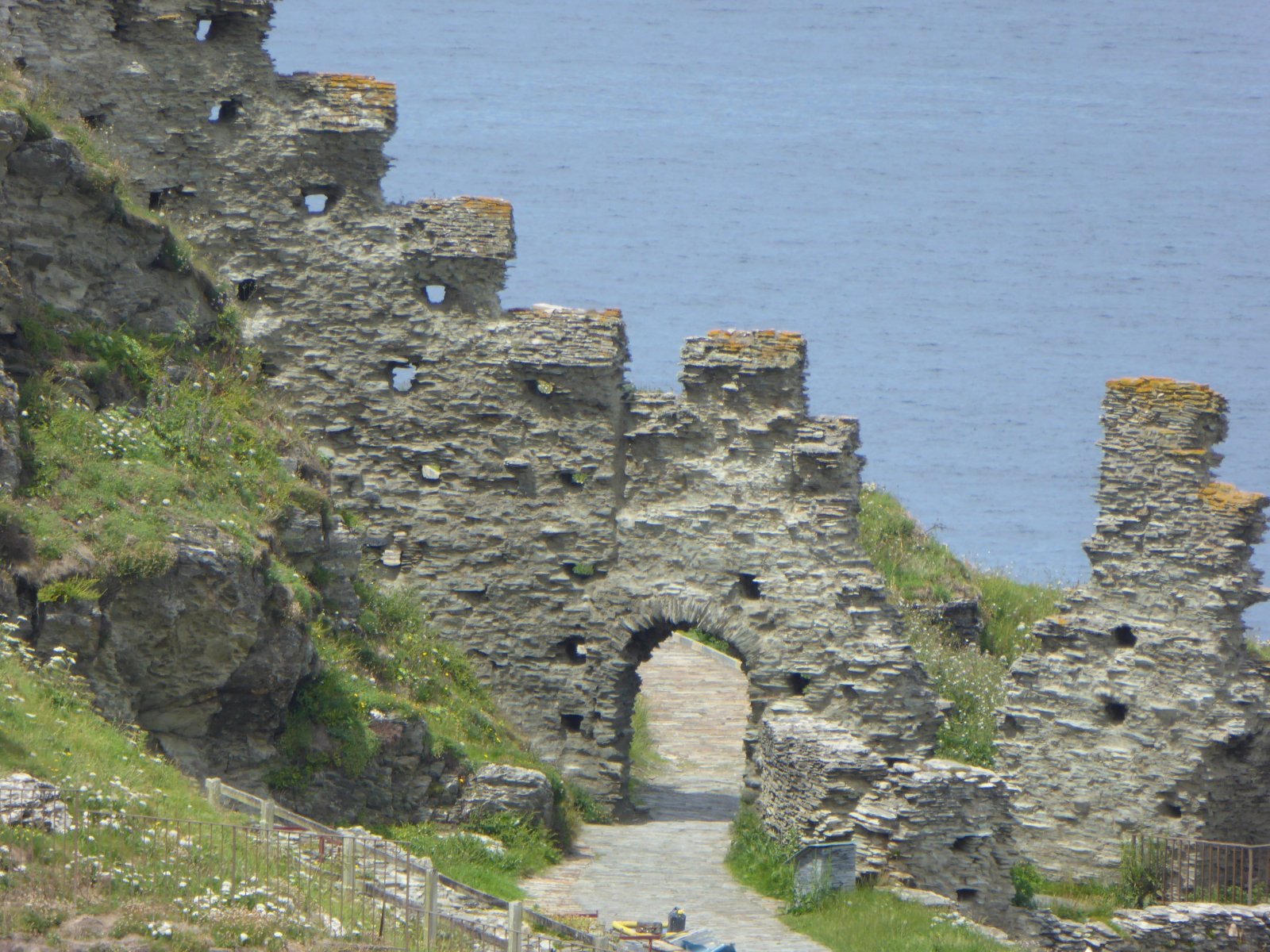 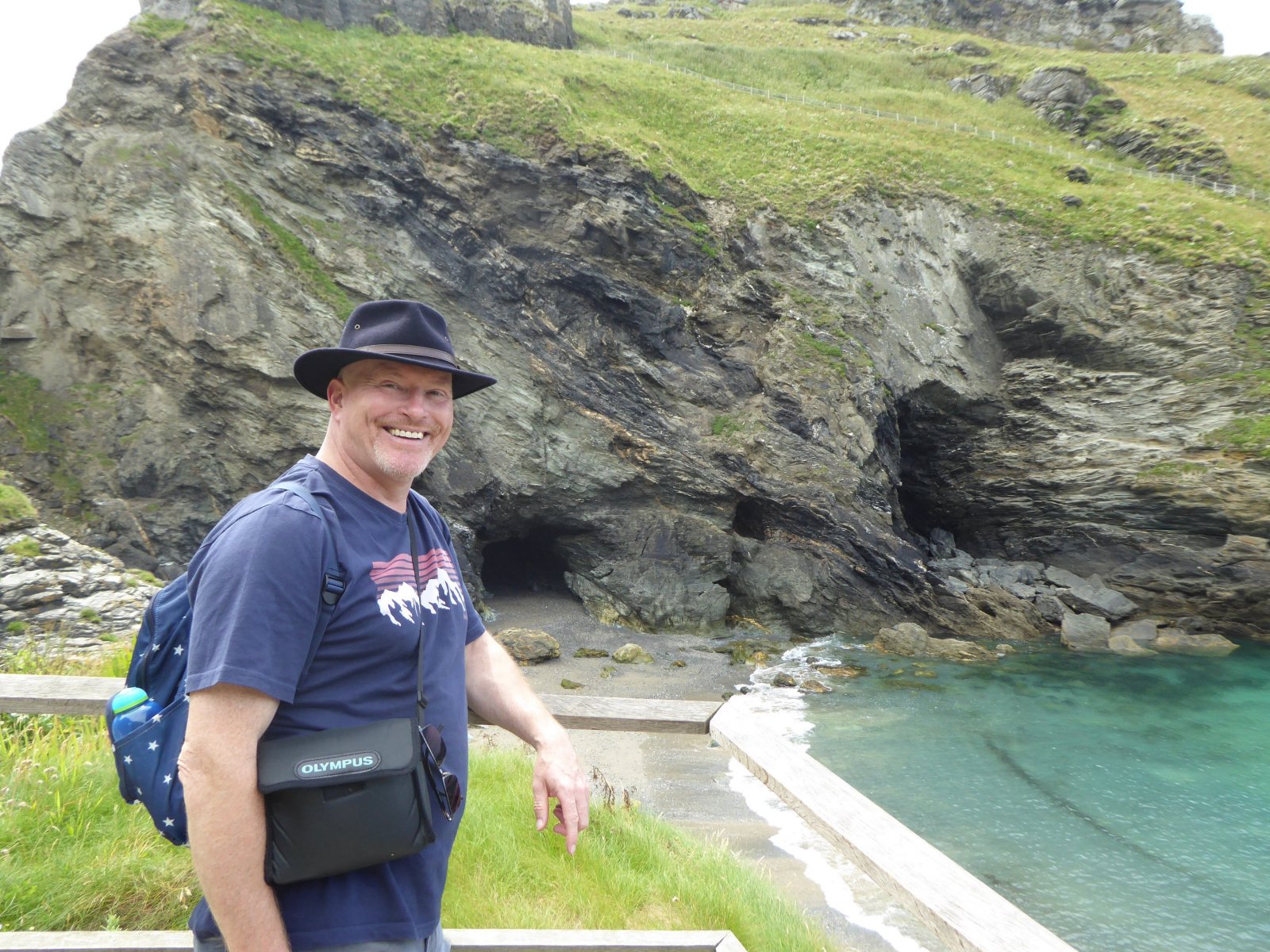 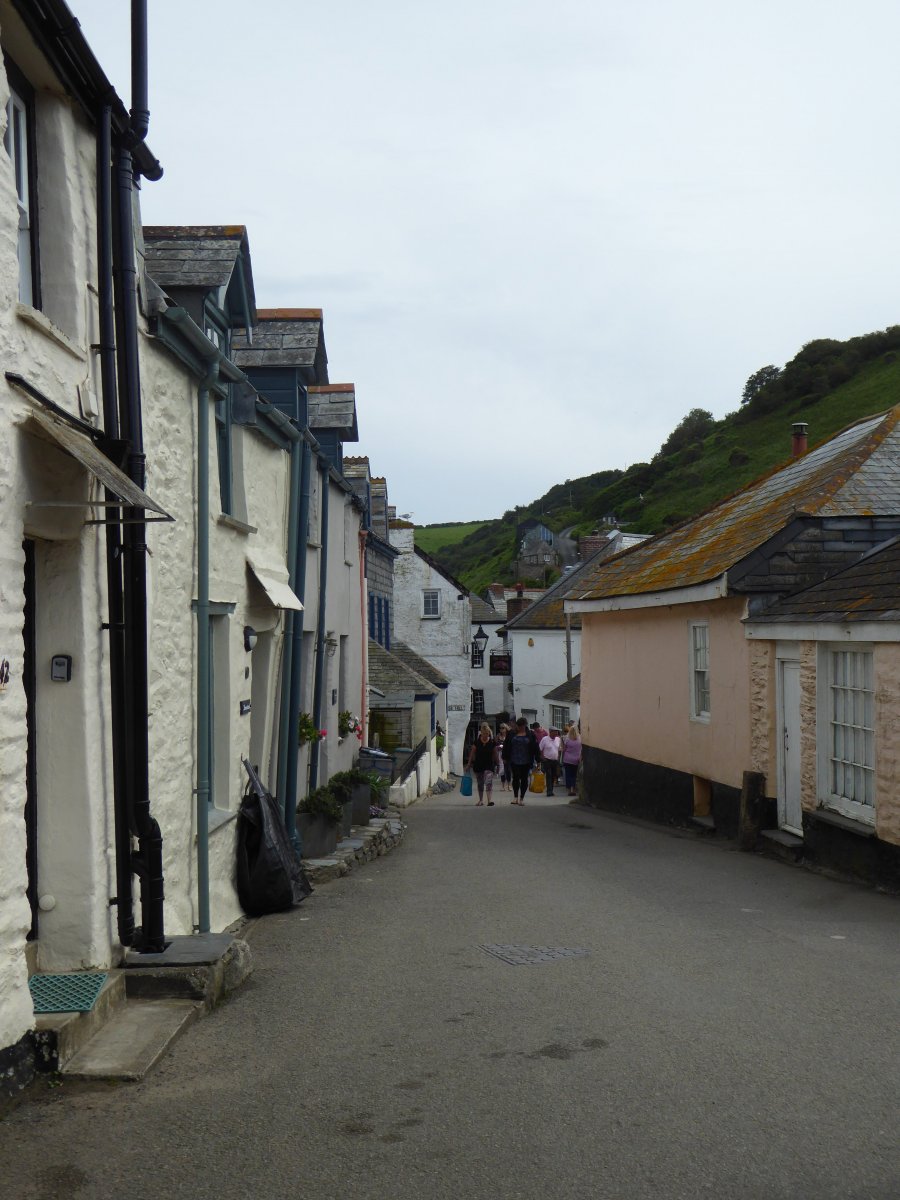 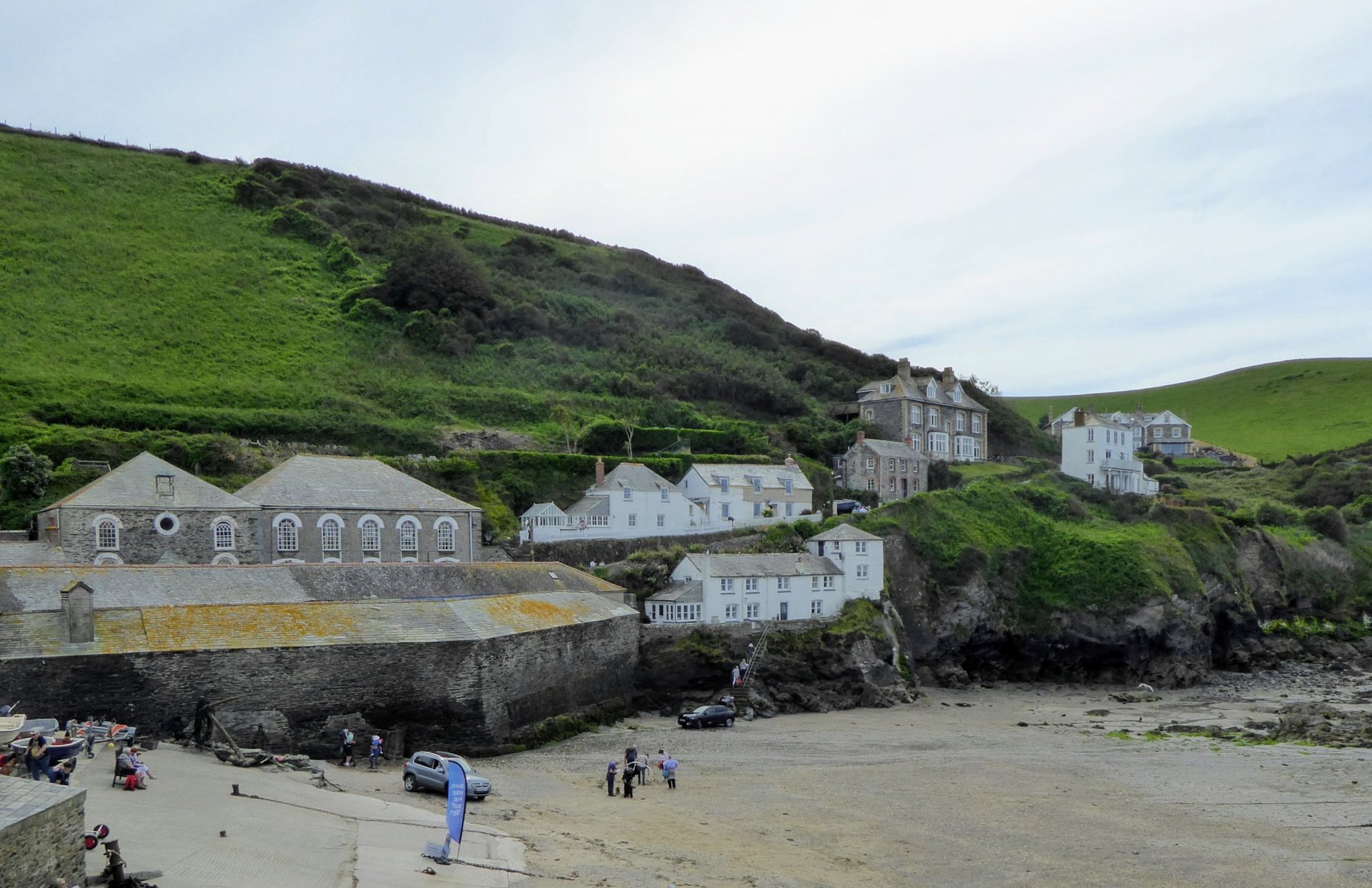 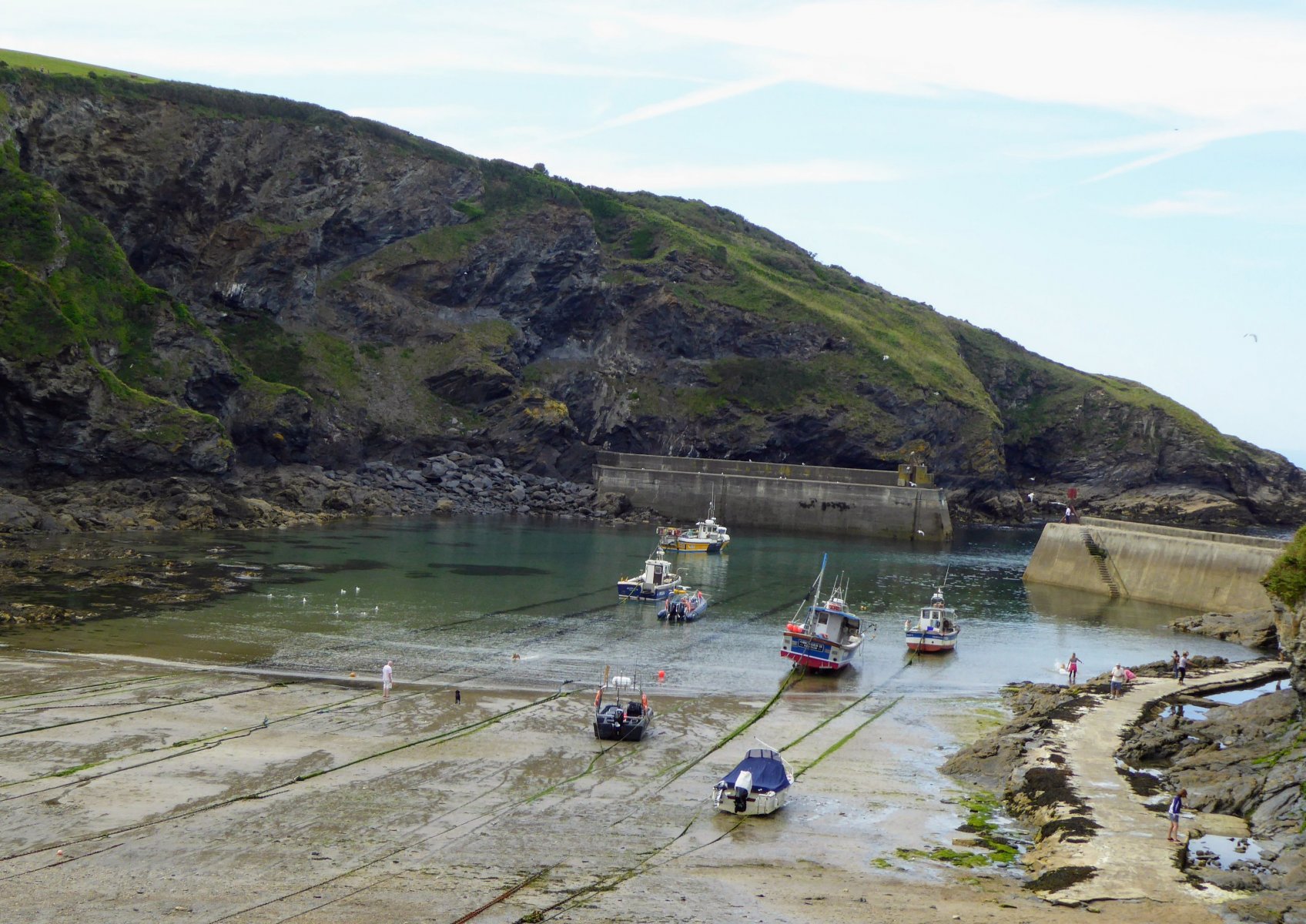 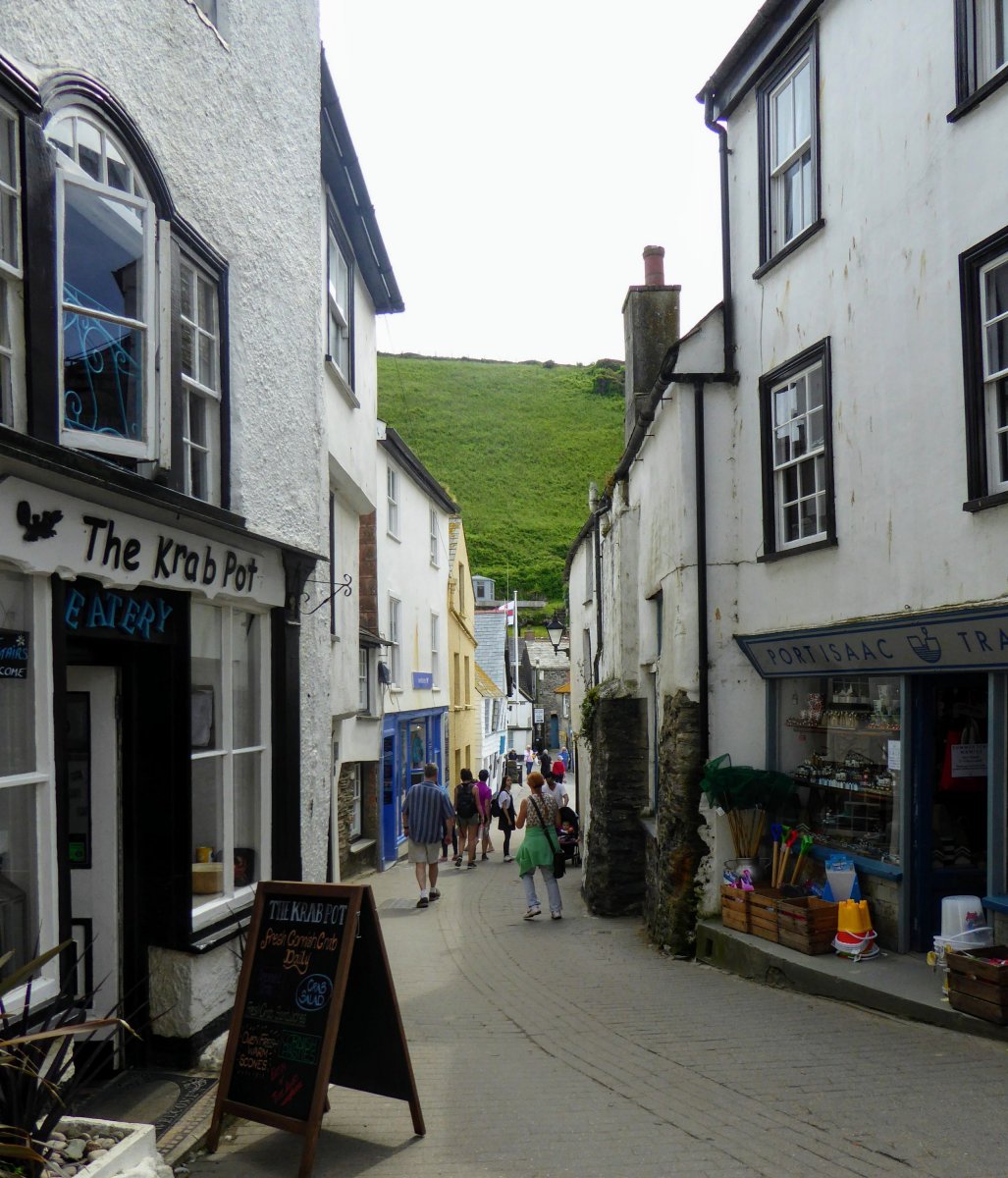 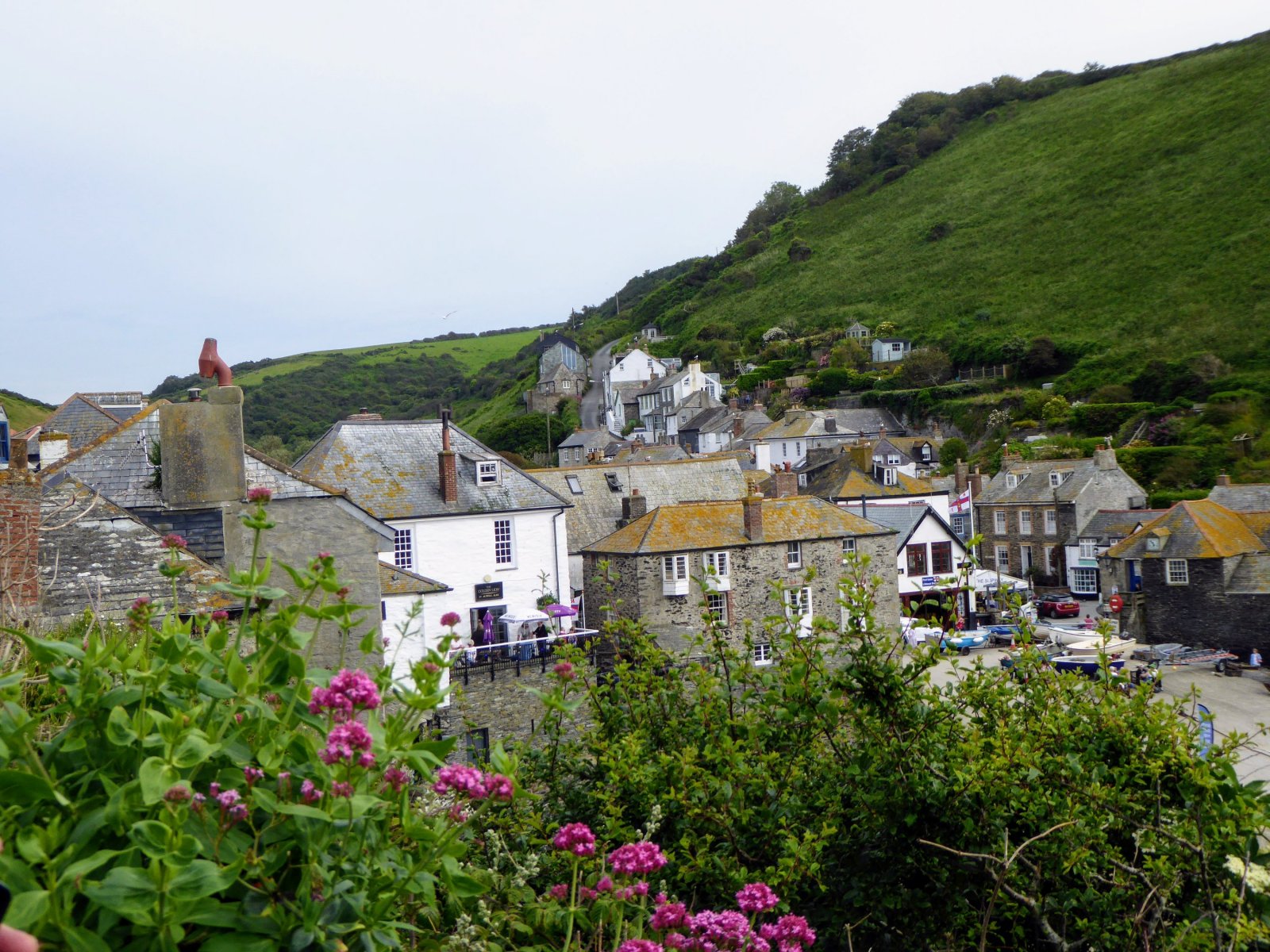