I really do have my knitting mojo back at the moment and I’m really enjoying it.  The stranded colourwork was a challenge for me but I finished the first mitten and am reasonably pleased with the result.  Yeah, some of the floats are a bit long and loopy but for a first project, it’s not bad at all. 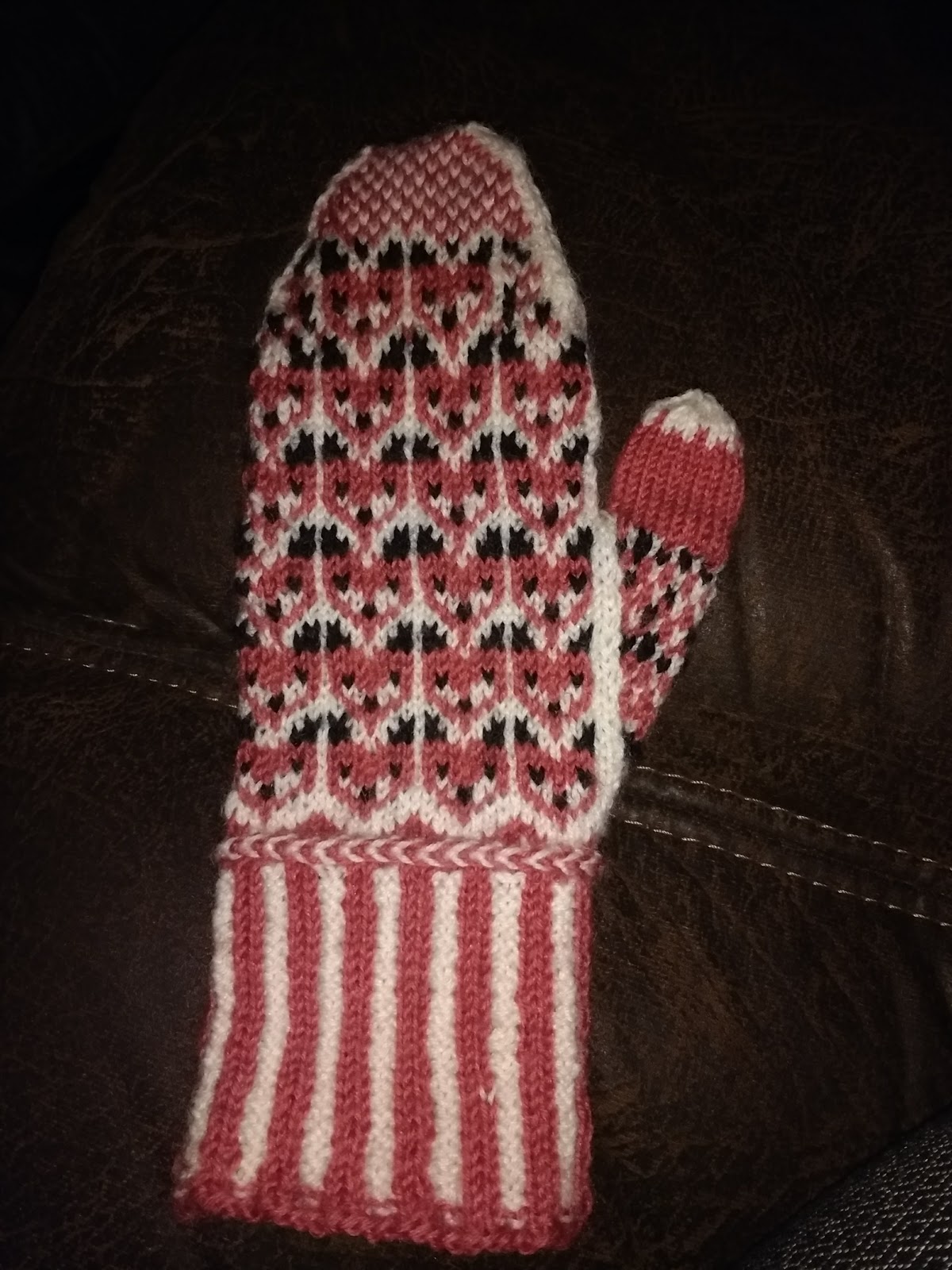 I’ll get around to knitting the second mitt at some point but have found myself distracted by other projects.

I’ve knitted a hat for Patrick in the lovely Paton’s Australia Jet.  I bought lots of this yarn in various colourways from Kemp’s a few years ago and have knitted myself cardigans and jumpers in it.  It’s been one of my favourite yarns to knit with and for the cosy warmth of the finished items.  It is perfect for hats.  This is Helping Hats by canKNITian and I knitted the Cranberry version.  I have knitted this one before in beige Sirdar Hug and it’s been his favourite hat but is well past it’s best now.  Hence the new one.

I found some Jet on Ebay last week and as it’s long since been discontinued, I was rather chuffed about it.  I bought a couple of balls each of black, navy and white and have just cast on a black version of the above.

I’ve cast on some socks for me as part of the Literary Socks KAL in the UK Sock Knitters group on Ravelry.  January’s theme is Beatrix Potter so I’ve chosen a pattern that’s been in my favourites for a while now.  Called ‘Little Roses’ with the link being that Beatrix Potter has a rose named after her and was a keen gardener herself.  I’m using Cygnet Truly Wool Rich 4ply in a lovely bright yellow. 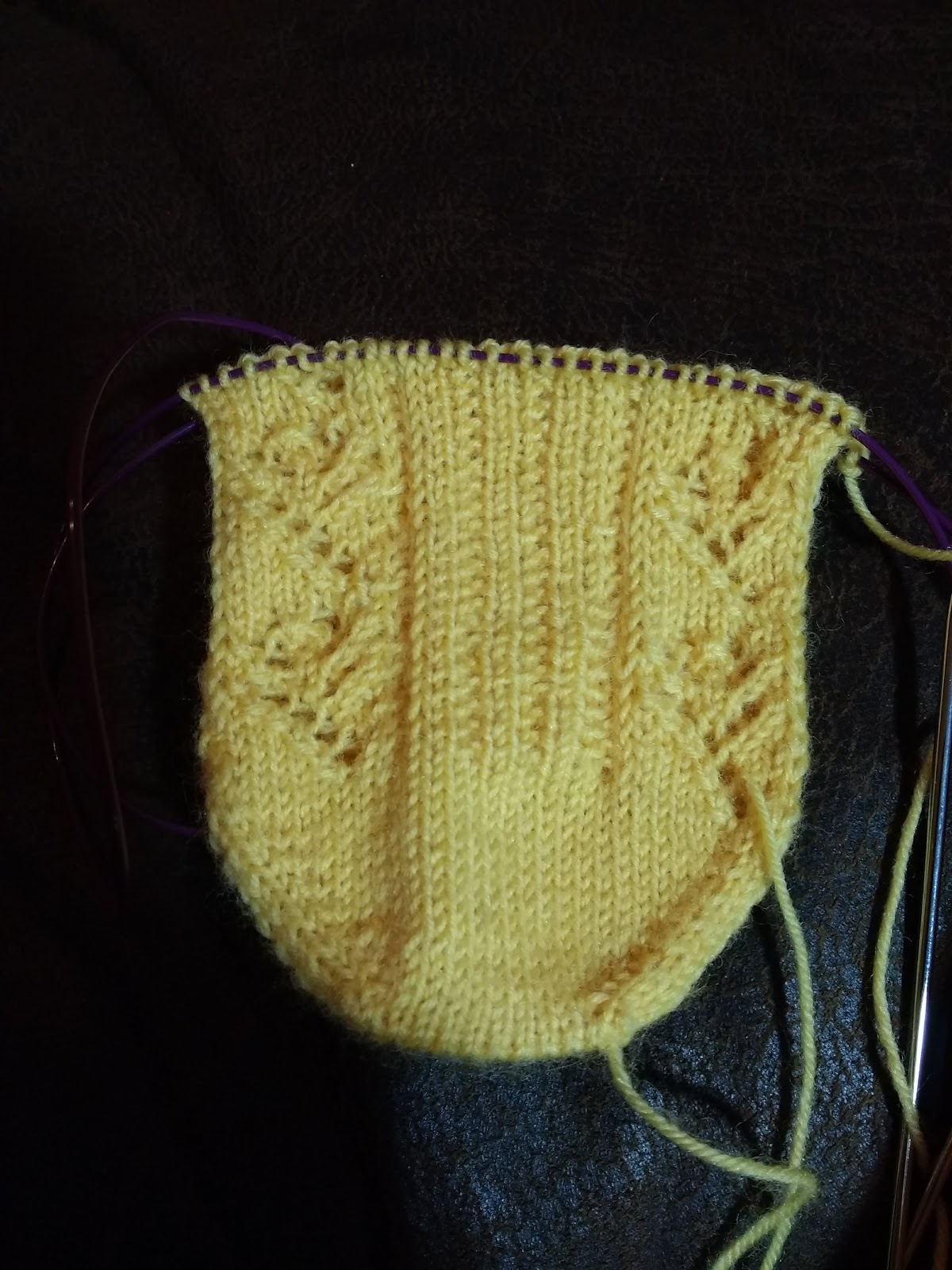 It feels good to be enjoying my knitting again after such a long time.  I’m also hoping to get some baby clothes underway soon as another work colleague is having a baby in the summer.  Unusually, the couple don’t want to know what flavour it is until he/she arrives which I think is lovely when it’s your first.  So, I’ll possibly knit a couple of options as I have some lovely girly patterns that I’m dying to knit.