Skip to content
One of our favourite pubs in Hull is The St. John’s on Queen’s Road.  It’s a proper pub, separate rooms, characterful locals, sports teams etc.  Every Tuesday they host an Open Mike night, an opportunity for various local musicians to perform a short set.  The format is such that prior to the open mike session, a ‘professional’ act will perform a 45 minute set (to warm the audience up I guess).  I’m not sure of the wisdom of doing it this way round as, a. after watching someone good, the amateurs could sound bloody awful and b. Like us, people may watch the main act and then bugger off without staying for the open mike session.  However, that’s what they do so it must be working for them.
On Tuesday 13th March, we popped along because the opening act was a favourite of mine, Ched Cheeseman.  Ched has a long history of performing in Hull and back in the 1980s I used to go see him regularly as the frontman of Ched’s Booze Band.  Performing with Ched at St. John’s was Bobby Joyce, whose work I wasn’t familiar with until seeing him in Turn and Face the Strange along with Ched.  With Bobby singing and both of them playing, it was a great set.  At one stage they were joined onstage by a young woman I think was called Marie.  What a voice she had!  I did record a little video of the performance but I’ll be buggered if I can find out how to upload it to here!  When I figure it out, I’ll do it.

Next up was one of my favourite artists, Glenn Tilbrook of Squeeze playing at Fruit.  The night of the gig, 17th March, the weather decided that a blizzard was in order! It had been snowing a bit on an off but when we set off to catch a bus, it wasn’t too bad.  We got off the bus on Lowgate to Arctic conditions and by the time we had walked across the road to Humber Street, we looked like snowmen.  I wasted no time at all in booking a taxi for the return journey after the gig.  Once inside we soon warmed up and the beauty of a gig at Fruit is that the bar always has good craft ales on keg and in the fridge.  There’s always bound to be something we like on offer.

I loved Squeeze back in the day but they were one of those bands that I didn’t buy any of their stuff.  I have their Greatest Hits but that’s all.  There are a few bands like that, I guess it was just at a time in my life when I couldn’t afford to be buying records or something.  Anyway, I was really looking forward to seeing Glenn perform and I really enjoyed it.  I think mostly because I could sing along with a lot of the songs but I understood what Patrick meant when he said he was a little bored.  It wasn’t a really engaging performance and during some of the songs that I didn’t know, I found my mind wandering a bit too.  I’m pleased I’ve seen him though and overall, I had a great time. 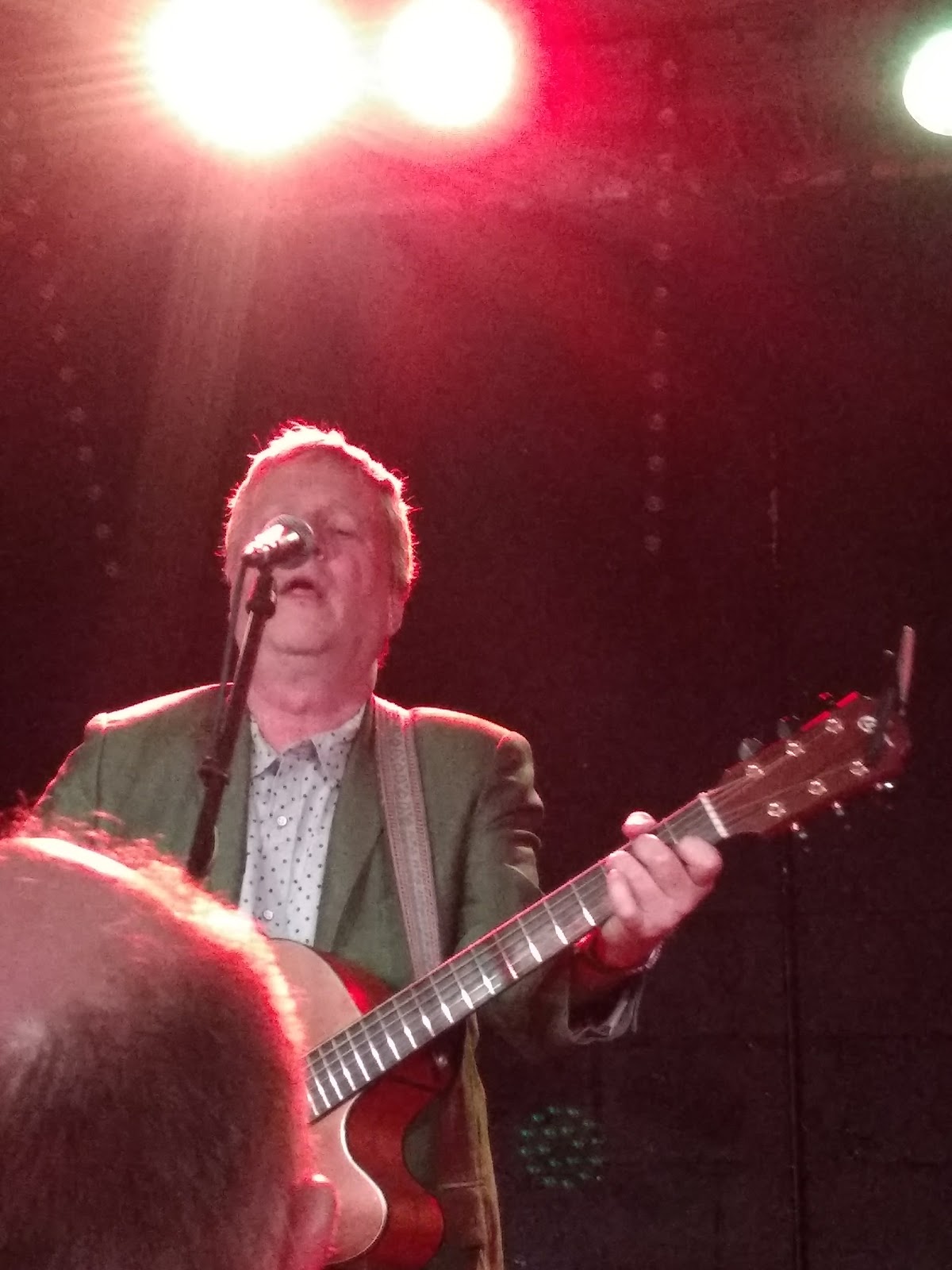