Over the weekend, the city centre has been host to four light installations to mark the start of the Hull Maritime City project. A project which will see refurbishments and regeneration as well as the creation of visitor attractions promoting our rich maritime history. I’m really excited about the scheme, it has the potential to put Hull firmly on the map of places to visit and spend time in.

We decided to make an evening out of it and firstly popped into the splendid Hop and Vine for a beer, then onto Brew for another beer and round the corner to Tanyalak for some Thai food before heading off to see the installations once darkness had fallen.

However, I’m afraid I was a little underwhelmed by the Navigate installations. The blurb copied below from the VHEY website talks a good job but as with most of these kinds of things, the reality doesn’t really live up.

From VHEY – Navigate will include four stunning light installations – Meridian, Oracle, Zenith and Pendopo – across the city centre.

Large beams of light will be shone from Hull City Hall and over Whitefriargate as part of Meridian. Using four powerful lasers, a visual line is created in the night sky, a point of reference for those navigating the city.

An eight-metre lighthouse, Oracle, which has been specifically commissioned for Navigate, will float in Prince’s Dock and show the superstitions and importance placed on the weather and what it holds for the fortunes of those venturing to sea.

Queen Victoria Square will also be home to a chorus of kinetic sculptures, Zenith, producing an immersive sonic landscape of the sea.

Firstly we headed to Trinity Square for Pendopo.

This was probably the best of the installations. A kind of giant xylophone linked to lasers so that it looked like the lasers were pressing the keys to strike the notes. A pleasant plinky plonky tune, quite meditative really. Had it not been so cold, I could have sat somewhere and relaxed with a drink in hand to this. 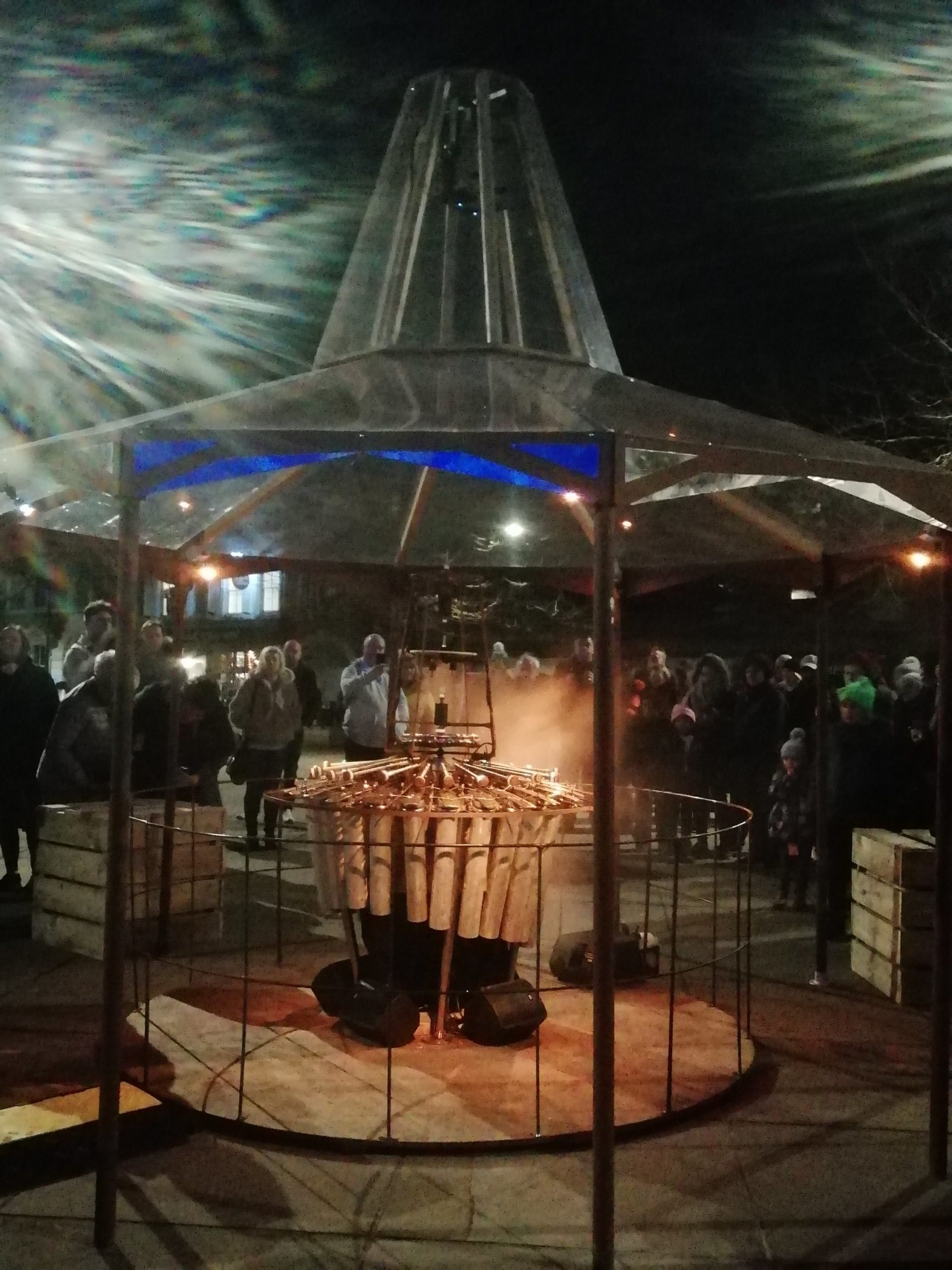 After a detour to the White Hart for, you guessed it, another beer we headed up Alfred Gelder Street, admiring the beautiful architecture as I always do, to Princes Dock for Oracle.

This apparently showed the weather conditions as an audio visual display played onto it, using lasers and sound. In reality it appeared as different coloured lights shooting up and down the tower. I’m sure it’s amazing technology that allows this to happen but just because something is clever doesn’t necessarily make it great viewing. 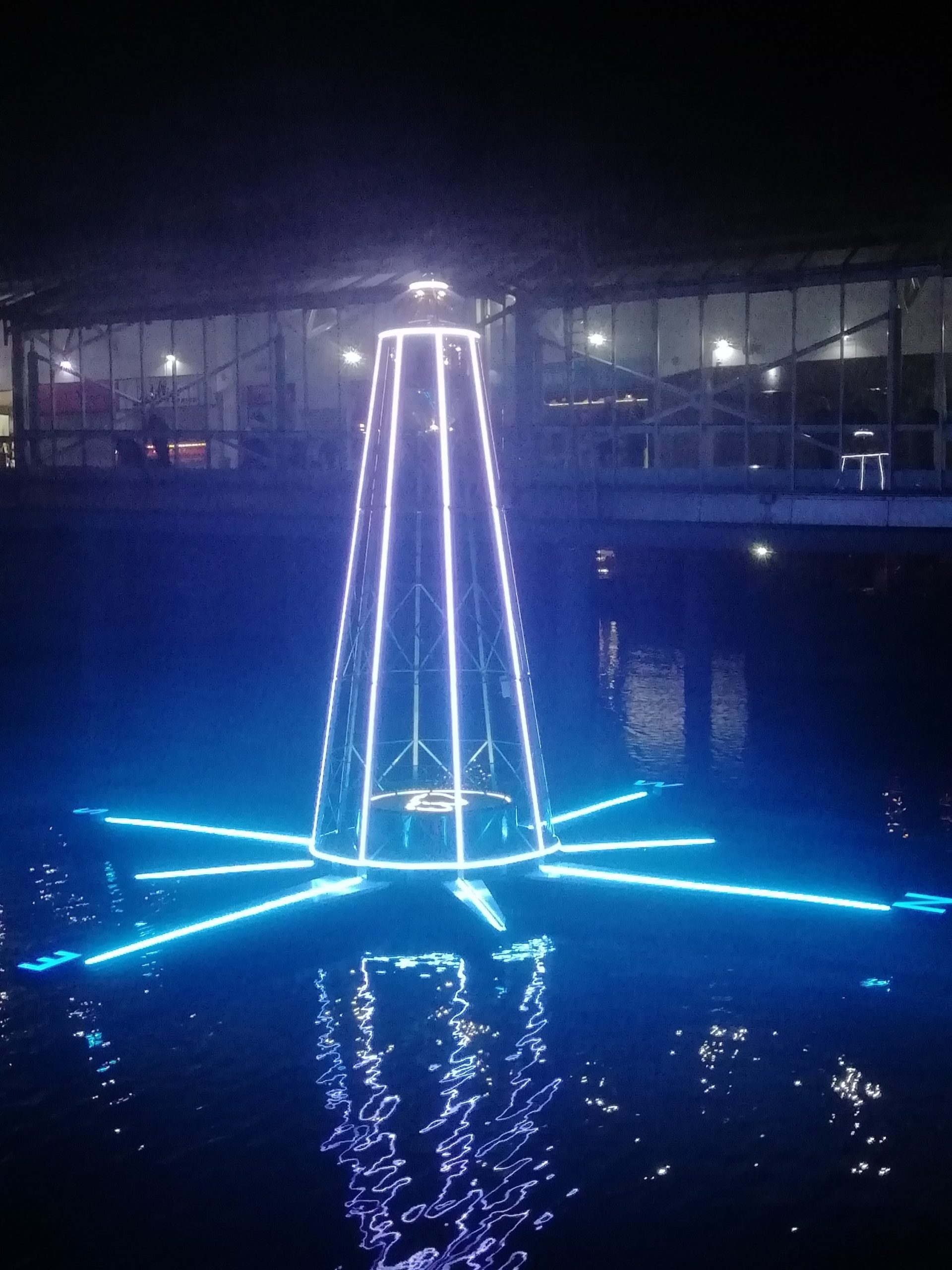 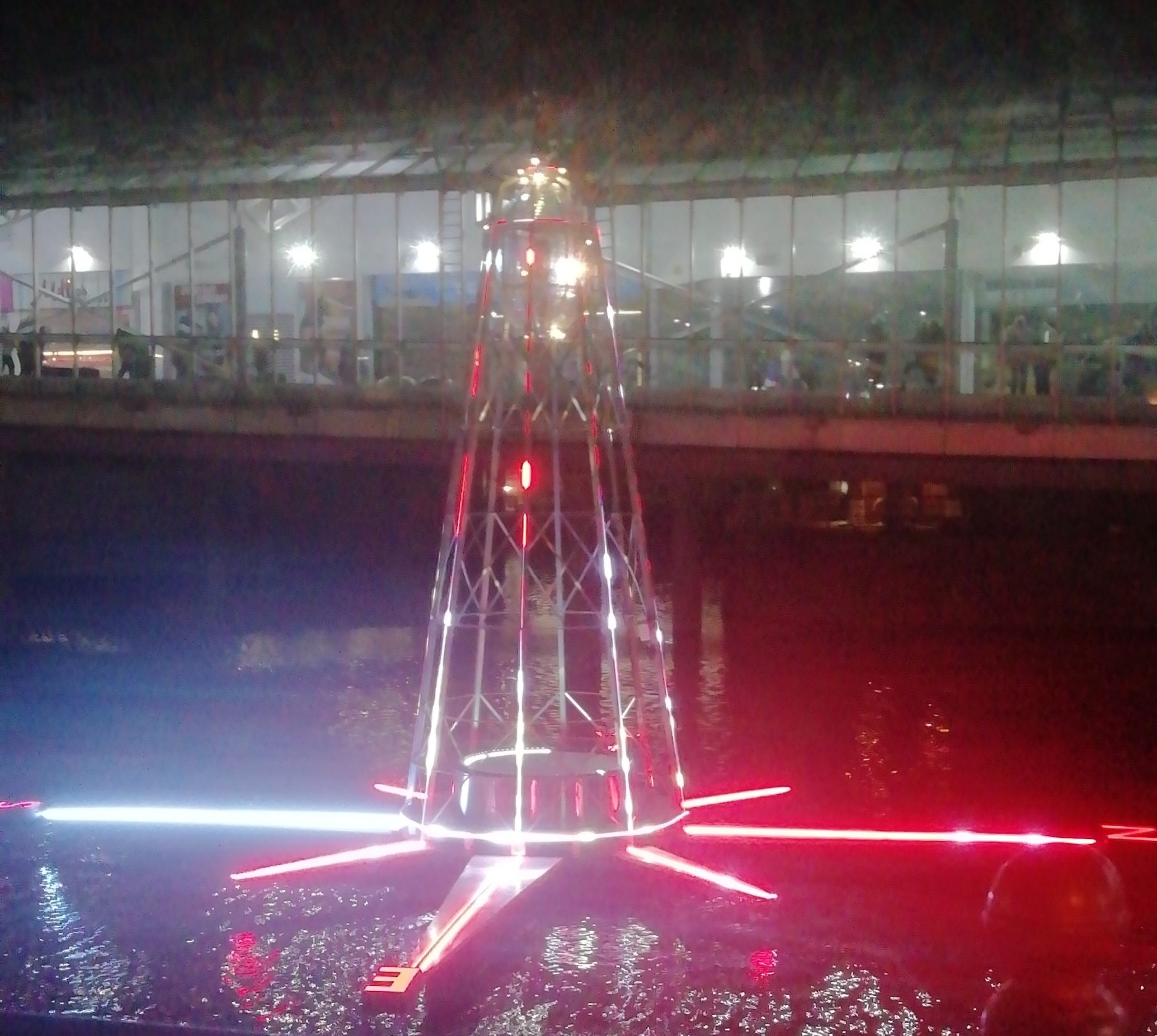 We got a bit bored and cold after 5 or 10 minutes and wandered over to Queen Victoria Square for Zenith.

Zenith – Voices from the Sea

This is described as celestial kinetic sculptures acting like prisms creating colours and reflections. They were pretty, revolving prisms on a pole with seating below them so you could sit and enjoy the colours being projected around along with the ethereal soundtrack (they’re always ethereal I find). Within the soundtrack there were apparently faint voices singing sea shanties and foghorns. I didn’t get that but I am a bit deaf so don’t take it as read that it wasn’t there. 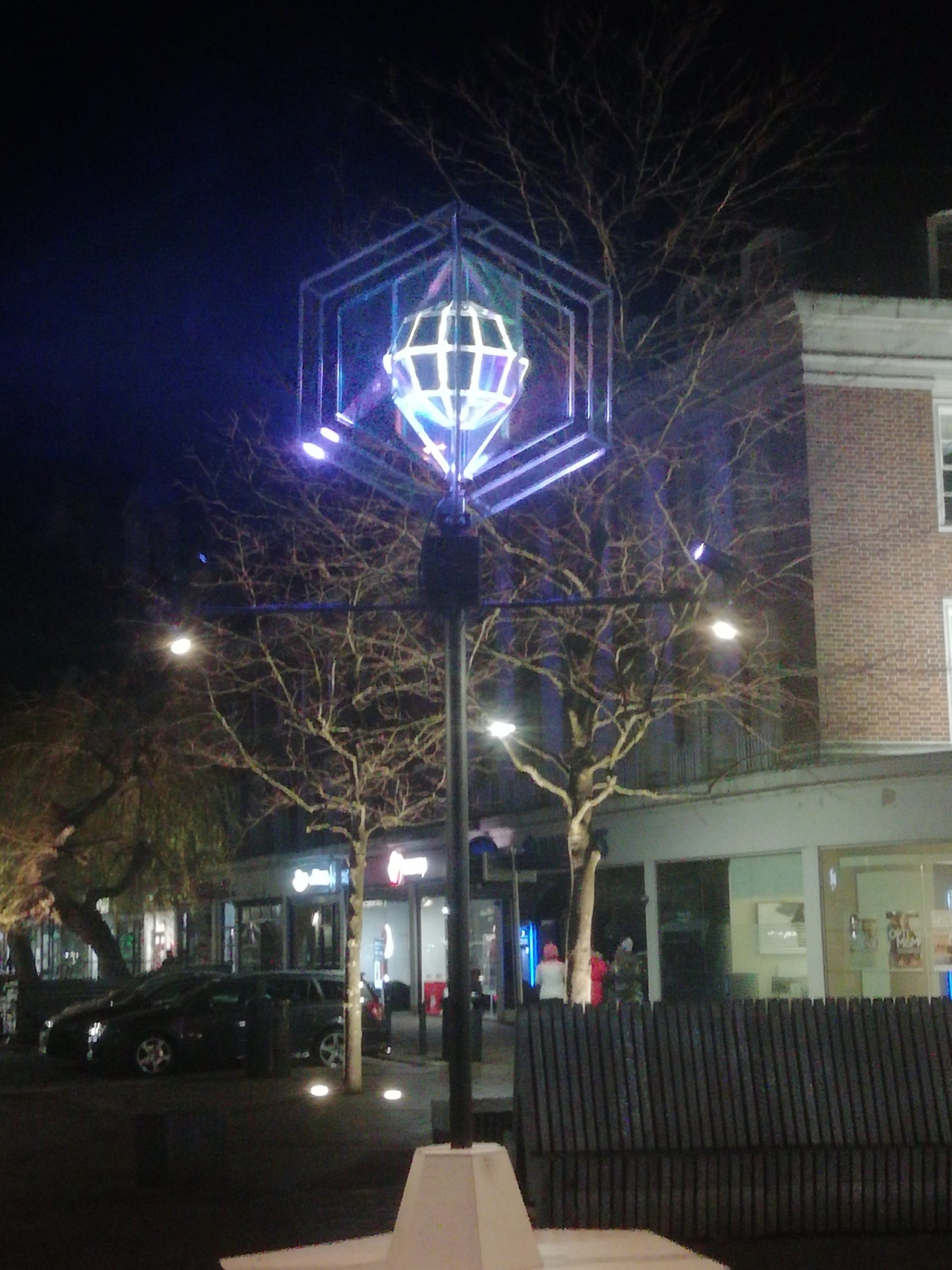 Meridian – Navigation of the City

We could see the lasers in the sky from the White Hart as we were walking towards them. Projected from the top of Hull City Hall up into and across the sky. Again, not hugely exciting to watch

After all this excitement we needed a sit down in the warmth and some refreshment, so it was back to the Hop and Vine for a couple more beers before getting the bus home.