Me, a few months ago “Shall we go to Skipton at the end of April for their beer festival?” And so the planning began…I found our accommodation, 1855 Wash House on the HomeAway site. Described as rustic and tastefully decorated with all the amenities you need, it didn’t disappoint. It is beautifully styled, comfortable and cosy. The tiny kitchen would be a problem for us if we were staying longer than a few days because we do like to cook whilst on holiday but it was adequate for our needs on this break. 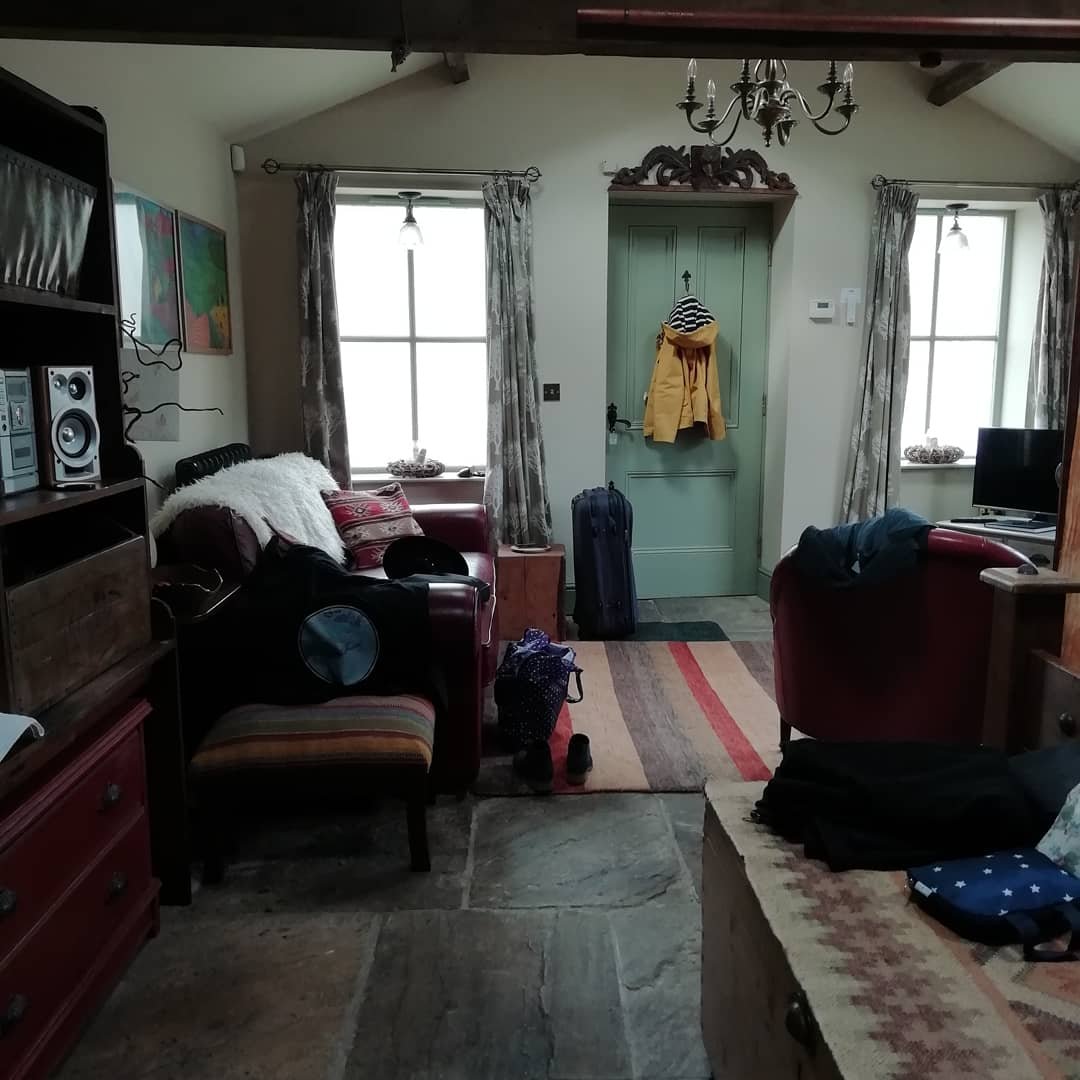 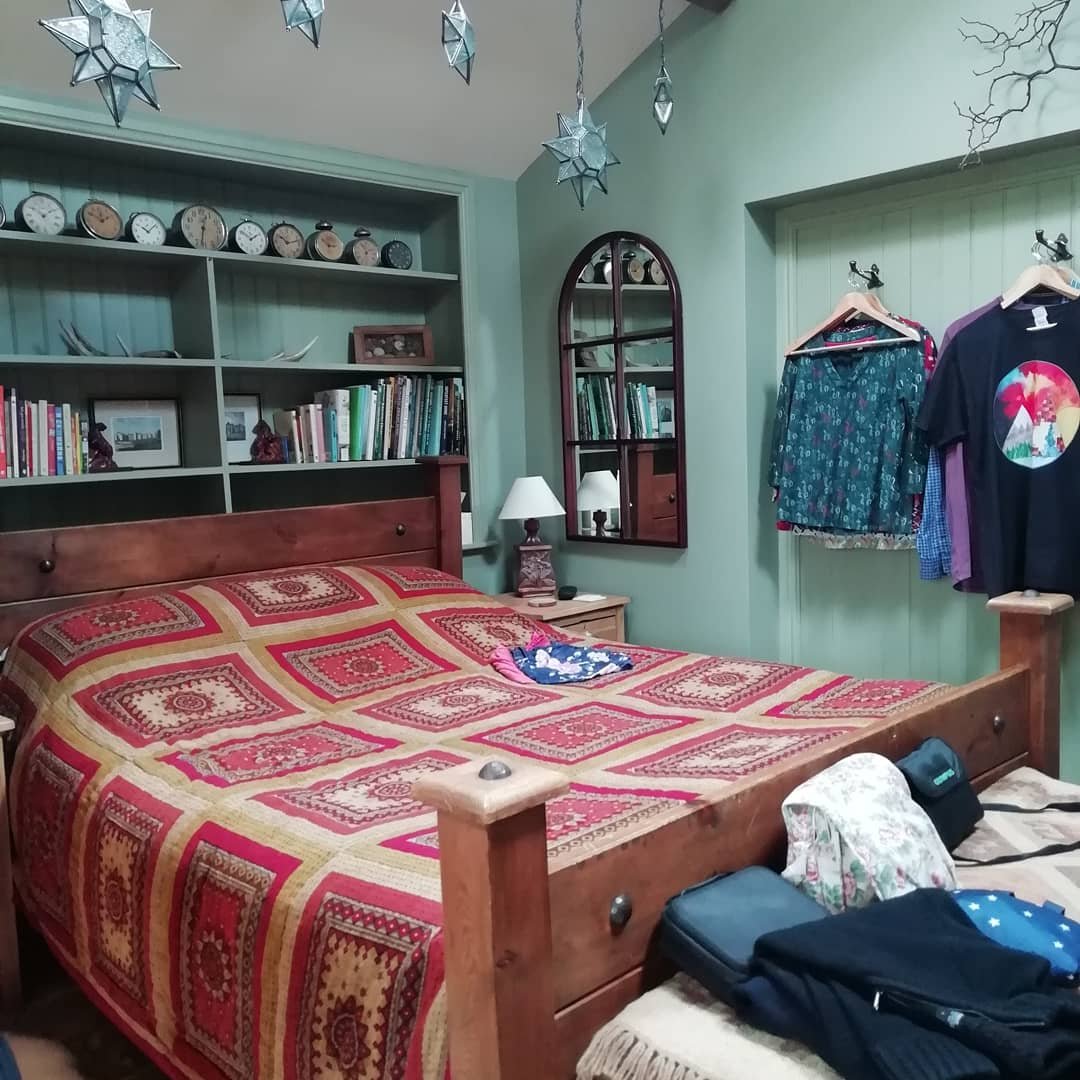 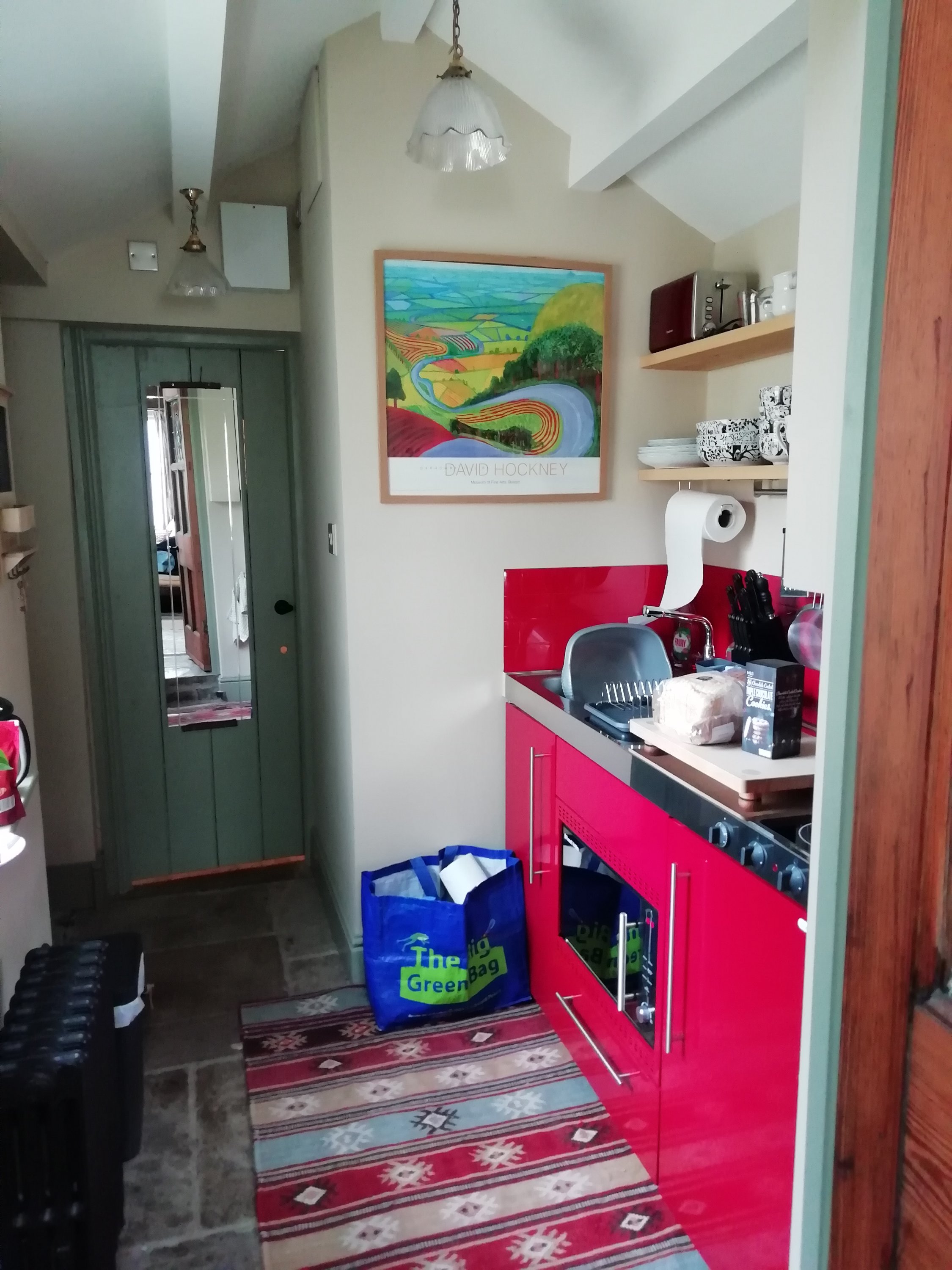 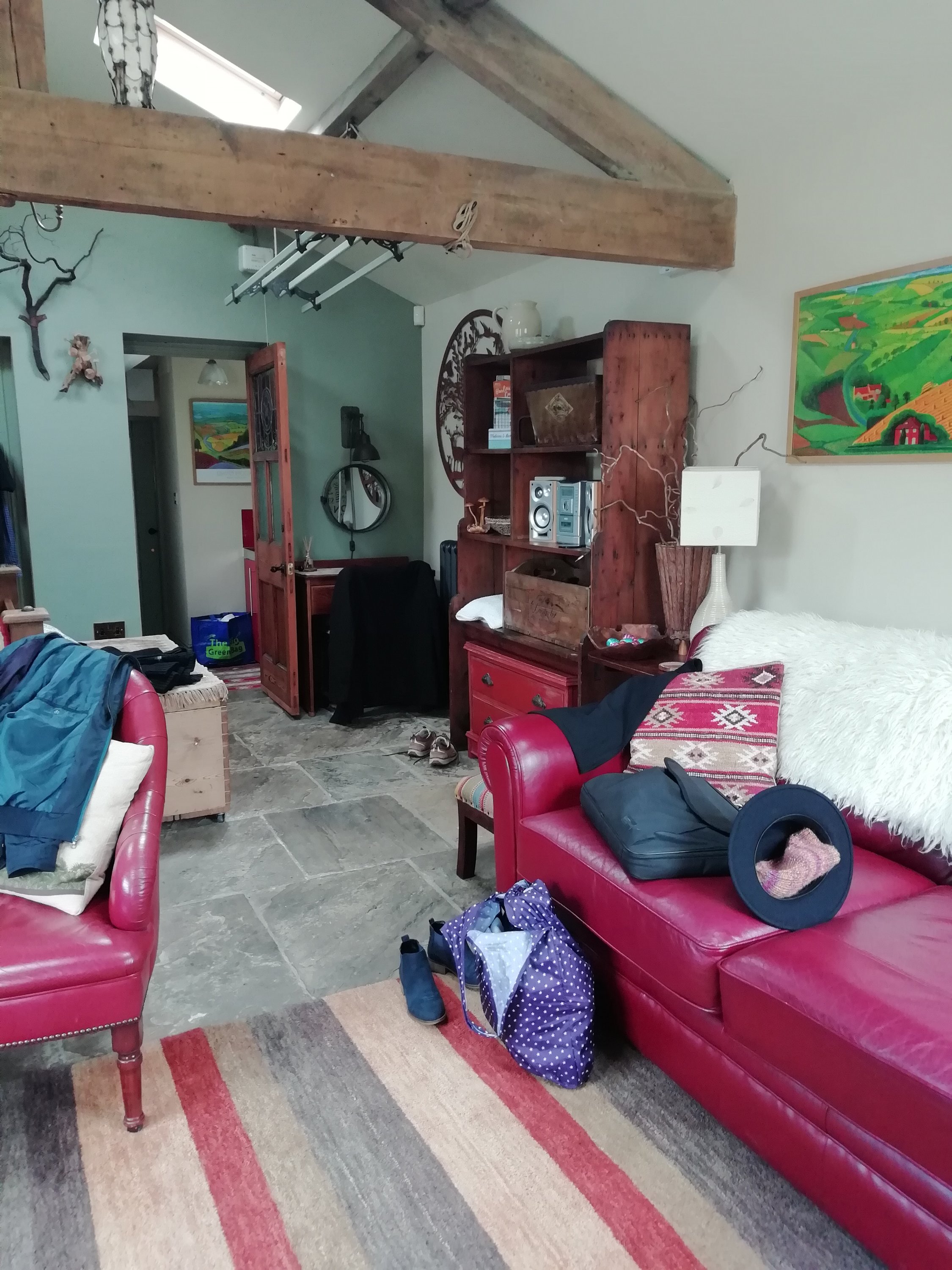 Having arrived a bit earlier than the check in time, we’d popped into the cafe next door for a spot of lunch so that we could get straight out to the beer festival after unpacking. The Dales Cottage Cafe was like a step back in time. However although the decor could do with updating, the home-cooked meals were lovely. During the walk round to the beer festival, Patrick spotted this chap skulking in the canal so I couldn’t miss a photo opportunity. 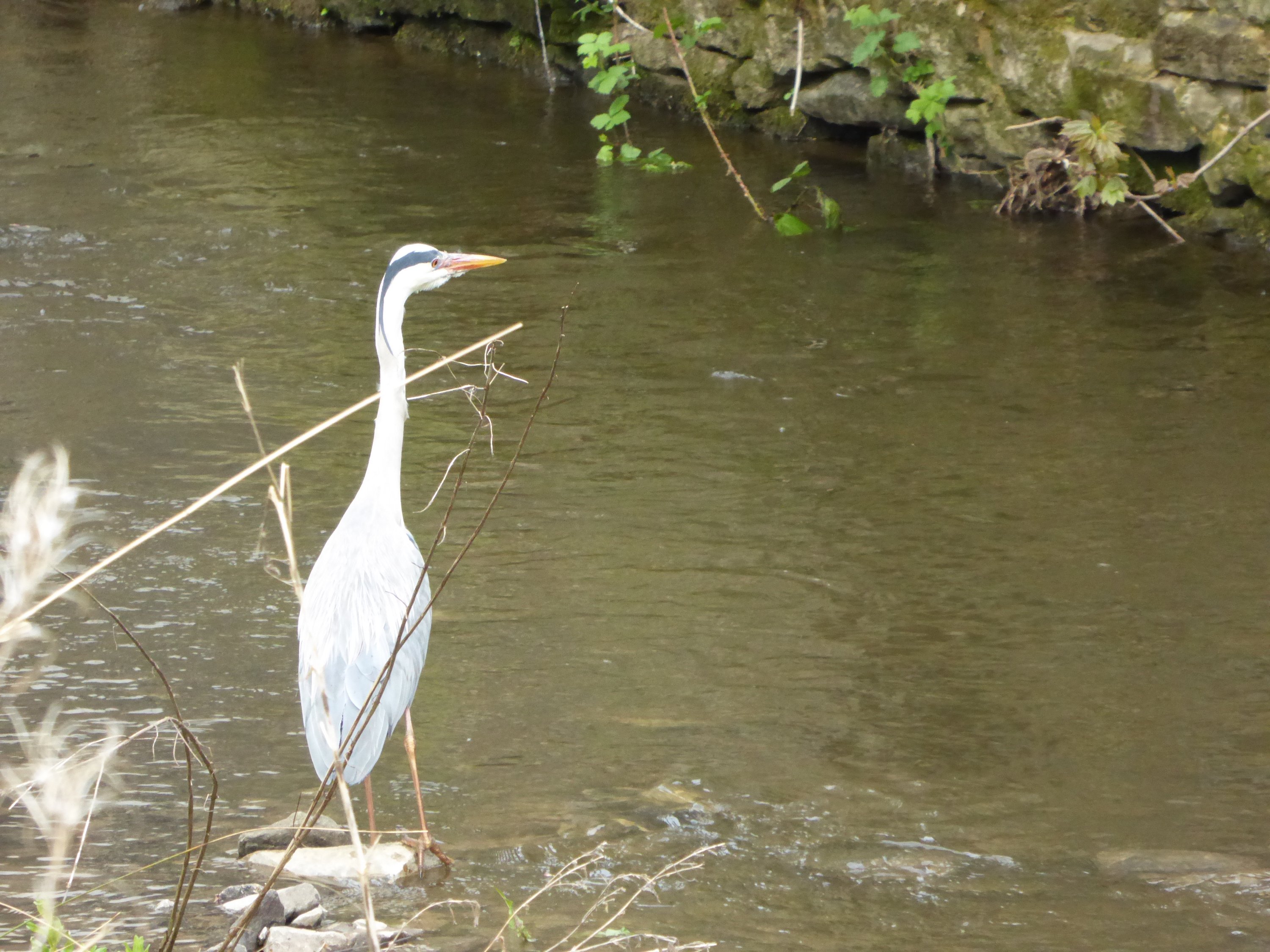 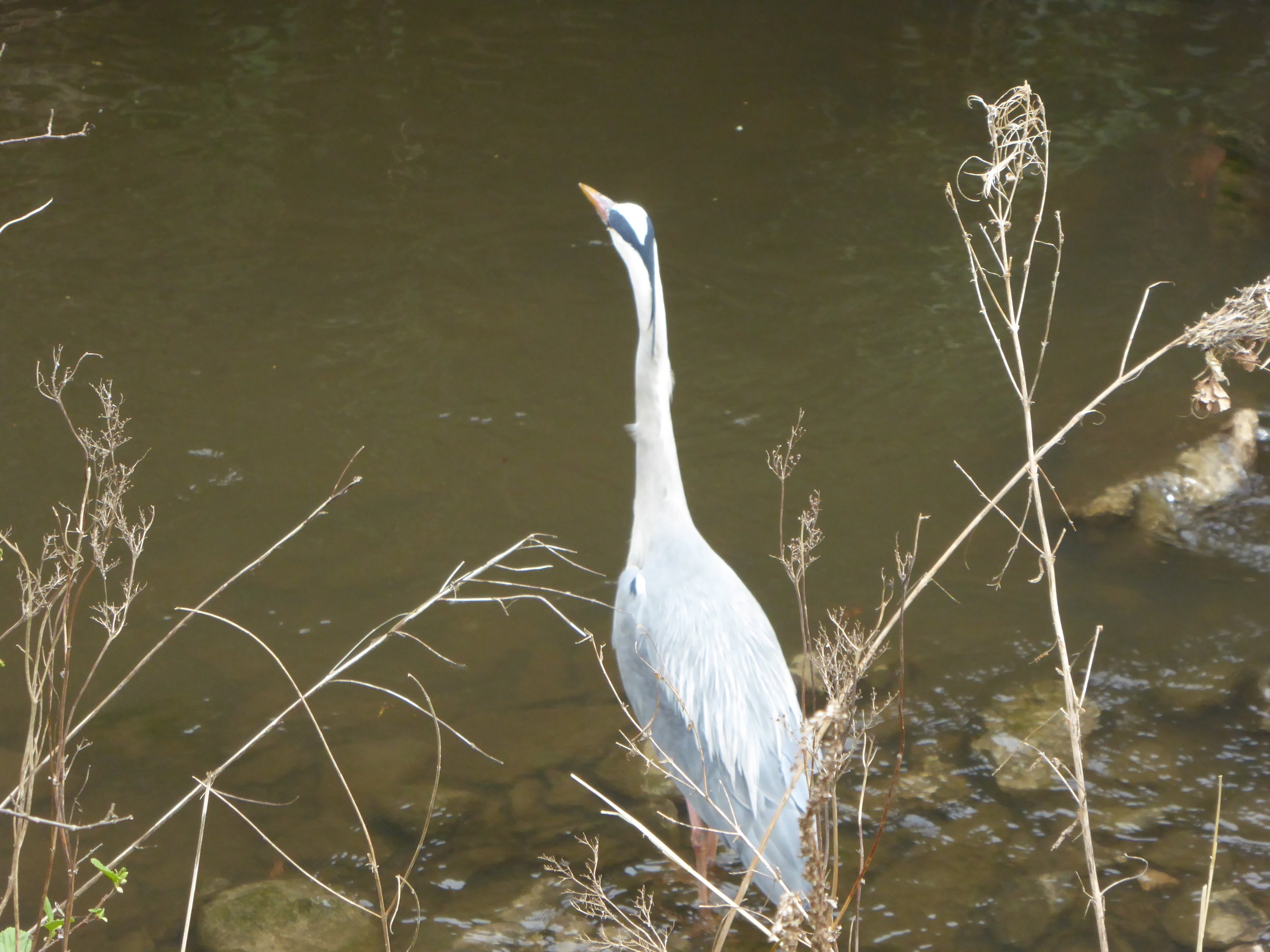 The festival was small but good. We found a couple of seats after a while and drinking thirds, managed to sample a fair few beers between us. I think I probably had more than I normally drink and was a bit wobbly when we got back! We got chatting to a nice couple from Birmingham, Mark and Wendy and swapped phone numbers in case they decide to visit our festival in Hull next year.

Friday morning dawned bright and sunny and as it was forecast to rain later, we decided to go for a walk around Skipton castle woods.

As we exited the woodland and started walking around the outside of the castle walls back into the town this pretty embankment caught my eye. So colourful with a mixture of tulips, daffodils and bluebells. 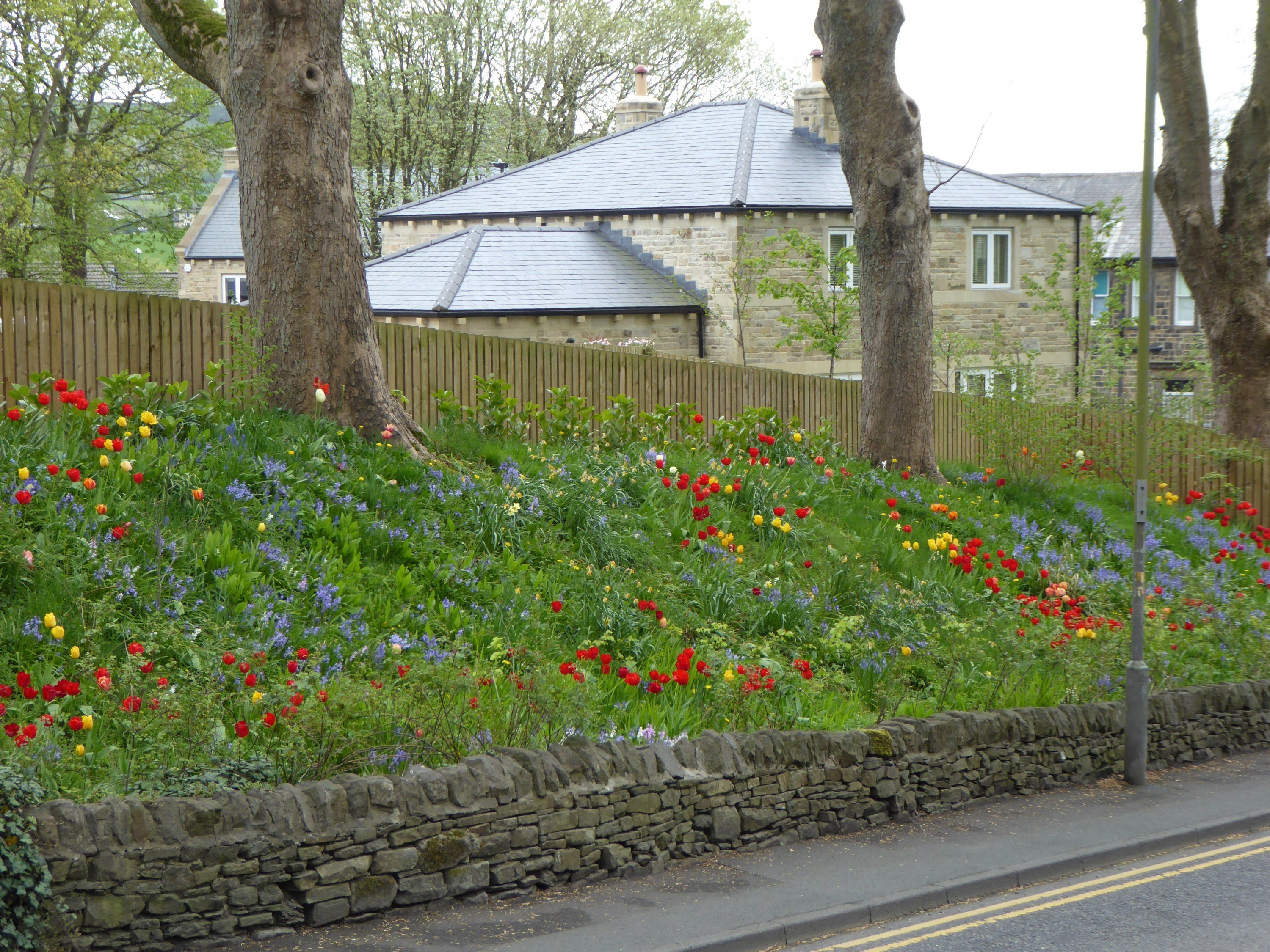 It had now started to rain so we had a bit of a mooch around the shops where I found the most fabulous shoe shop called eshoes stocking Ruby Shoos. How this brand has escaped my notice I have no idea but I can see it becoming a favourite. Very vintage and floral in design, all of the shoes have a cute matching handbag. I fell in love with several pairs but wearing walking boots and thick socks, opted to leave any tryings on until the next day!

The next stop was The Albion which we’d seen advertised in the festival guide. As it was just behind our holiday home, we thought we’d pop in. My Leeds Pale wasn’t very nice, I’m not sure if the recipe or my taste buds have changed or if it was on the turn but I didn’t finish it. Patrick’s Buscombe Bitter was very nice though. Halfway through our drinks a large party of men came in, a tad on the merry side and extremely loud. What is it with some people who think everyone wants to listen to them? Thankfully they supped up fairly quickly and left and we and everyone else in the pub heaved a sigh of relief. The pub was nicely decorated and pleasant enough and the food looked nice but I can’t say there was anything exceptional to tempt me back in, neither was there anything to keep me out to be fair. Pay them a visit and make up your own mind.

I’d like to say that Saturday dawned fine and sunny but that would be a lie. Storm Hannah had hit the UK and Skipton was wet and wild! We popped along to the Dales Cottage Cafe two doors down for some breakfast. We got in there just in time as shortly after sitting down, a whole bunch of elderly ladies trooped in. I’m guessing a coach had just landed, there seemed to be hundreds of them but they filled the place with happy chatter.

We dodged the raindrops in and out of shops and pubs most of the day. I went back to eshoes but sadly none of the Ruby Shoos I wanted were available in my size, I bought a handbag though and will order the shoes I want online. We bumped into Mark and Wendy who we had met on Thursday evening in a little bar on the canal basin called The Boathouse Bar. A nice little place with a good selection of cask and keg, both beers we had were on top form and we could happily have stayed there longer. We then popped into a micro pub called Early Doors which is new since our last visit to Skipton. It was nice, friendly and with a choice of six beers on hand pull. We felt the beer styles could have been a bit more varied but I would still recommend a visit as the beers we had were in good condition and the atmosphere in the place was pleasant….oh, except for the woman watching a noisy video on her phone. Completely inappropriate in a tiny room with just a buzz of companionable conversation the only other sound!

We decided to get fish and chips to take back to the cottage to have before getting ready for a night on the town. Bit of a mistake that decision as the fish and chips weren’t the best we’ve ever had and lay really heavy on both our tummies. After a little snooze, it was shower and change and off we went for a pub crawl of Skipton. First stop was The Woolly Sheep on Sheep Street, a Timothy Taylor pub which we have visited before and eaten in once. A pint and a half of Ram Tam at £4 a pint, which seemed a bit steep, in a busy, hot, noisy pub is just not my idea of fun these days. I’m afraid I’ve reached the stage of wanting a seat and to be able to take off my coat! We finished our drinks and made our way to The Beer Engine. On arrival, there was a guy tuning up a guitar and we feared the worst as it is a very small pub and we thought, not really the place for live music. How wrong can you be? J-Bear as he introduced himself sang and played soul, blues and pop with aplomb and was really entertaining, so much so that we ended up staying in there for the rest of the evening.

We had to vacate the cottage by 10am on Sunday so were up and at ’em fairly early. The weather was fine so we decided to take the steam train from Embsay to Bolton Abbey and go for a walk. I’m sorry to say that the train journey and experience was a real disappointment. Firstly there was a quite lengthy delay in setting off, the train carriages could do with a bit of TLC and the journey itself was just boring. I know it takes money to keep these things going and to refurbish carriages etc. but even so, there was nothing at all about it that would make me want to recommend this to friends as a day out. The aforementioned delay caused a bit of confusion which almost resulted in us being corralled with a National Holiday group. The coach driver was coming along the corridor of the train advising people in the carriages, including us, not to get off at Bolton Abbey, that the train would be bringing them back here and they would be going to Knaresborough as an extra to compensate for the delay. It was only when he mentioned driving and I spotted the logo on his jumper that we realised. That could have been a bit of a disaster! 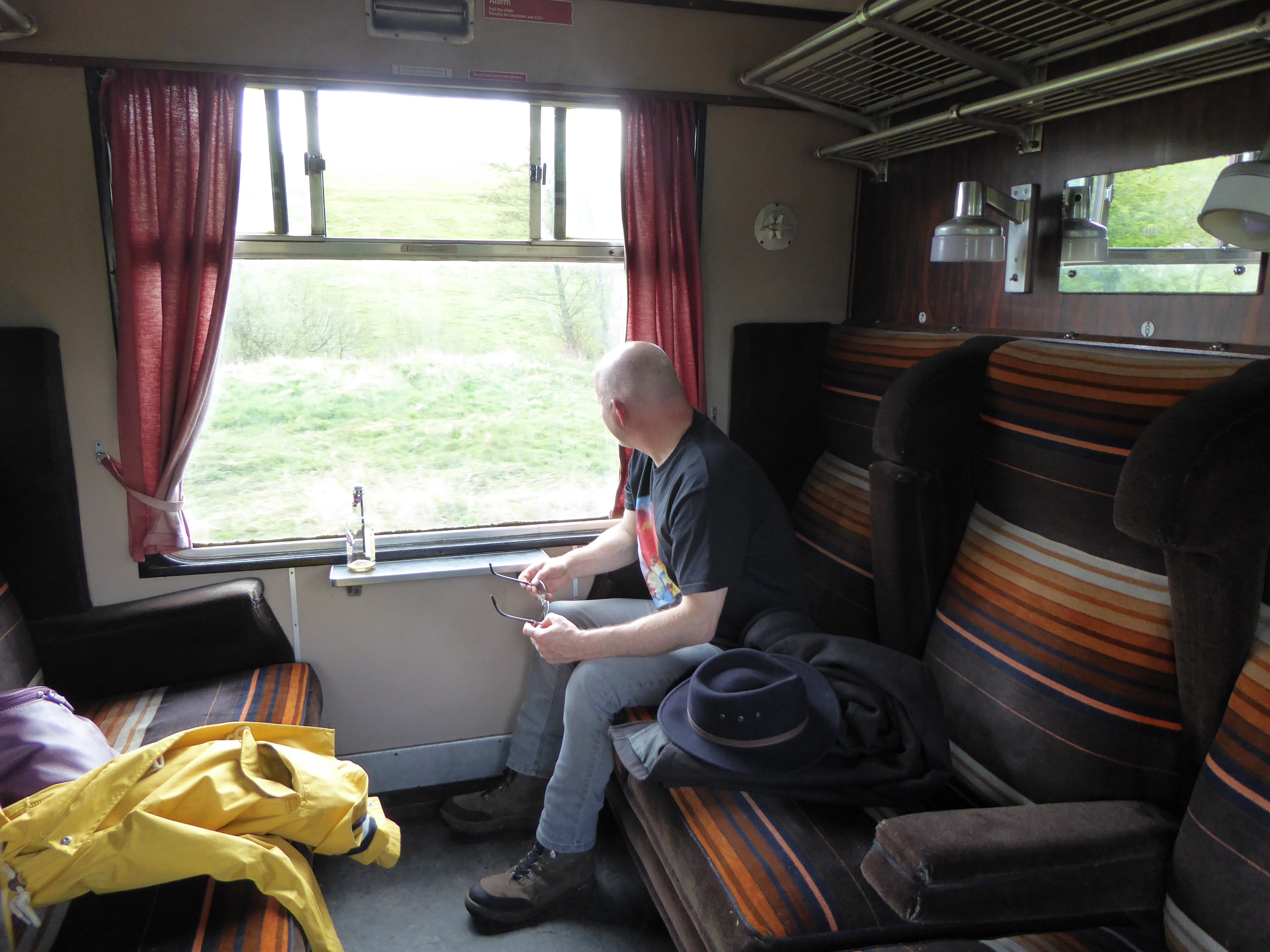 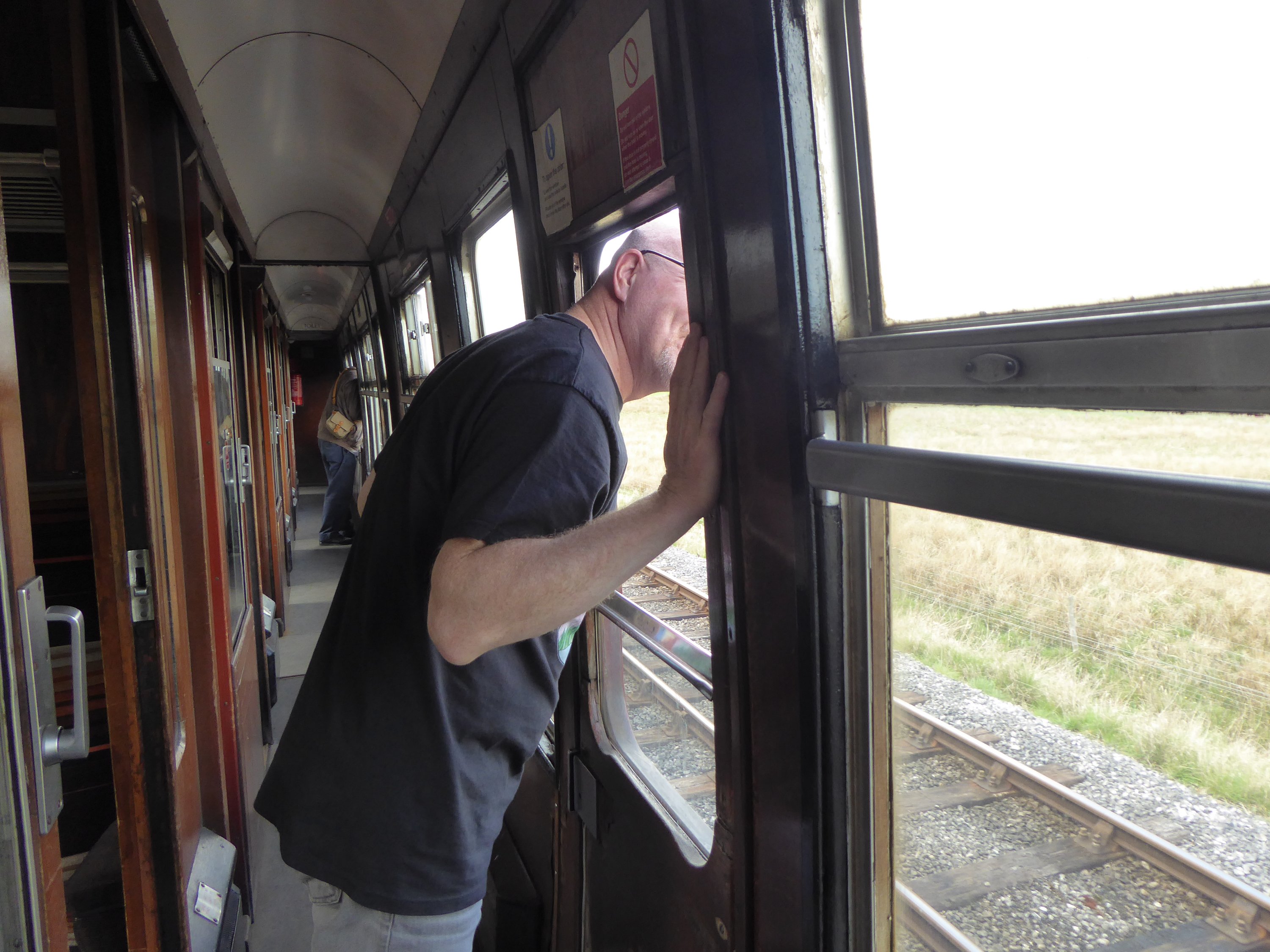 So, as planned, we did get off at Bolton Abbey and set off for the 1.5 mile walk to the priory, through fields of sheep (and lots of sheep poo which I can still smell now). There were lots of cute lambs about (just ready for eating as Patrick described them) and three of them were posing for the perfect picture. Unfortunately by the time I got my camera ready they’d moved so I had to make do with these. 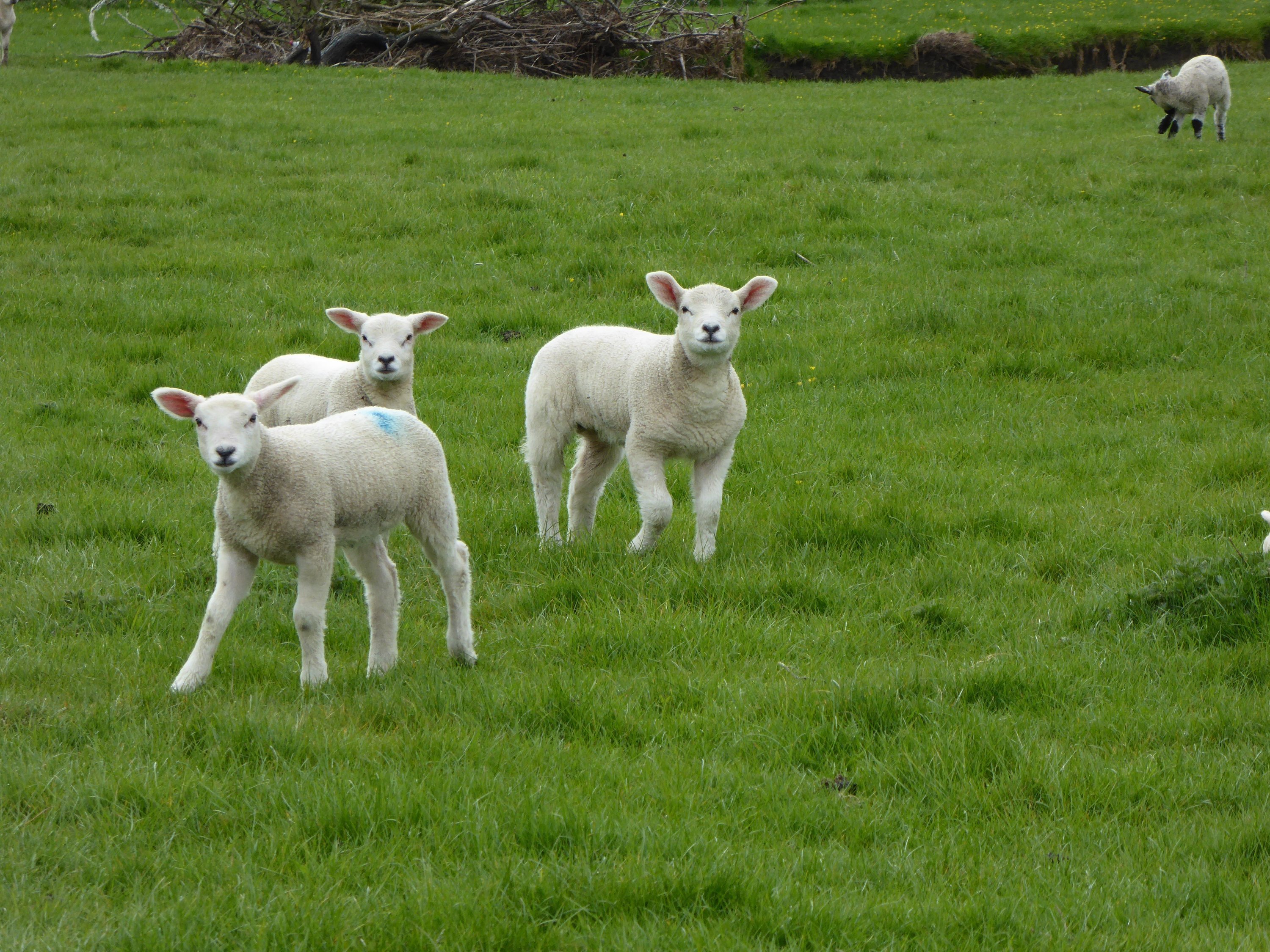 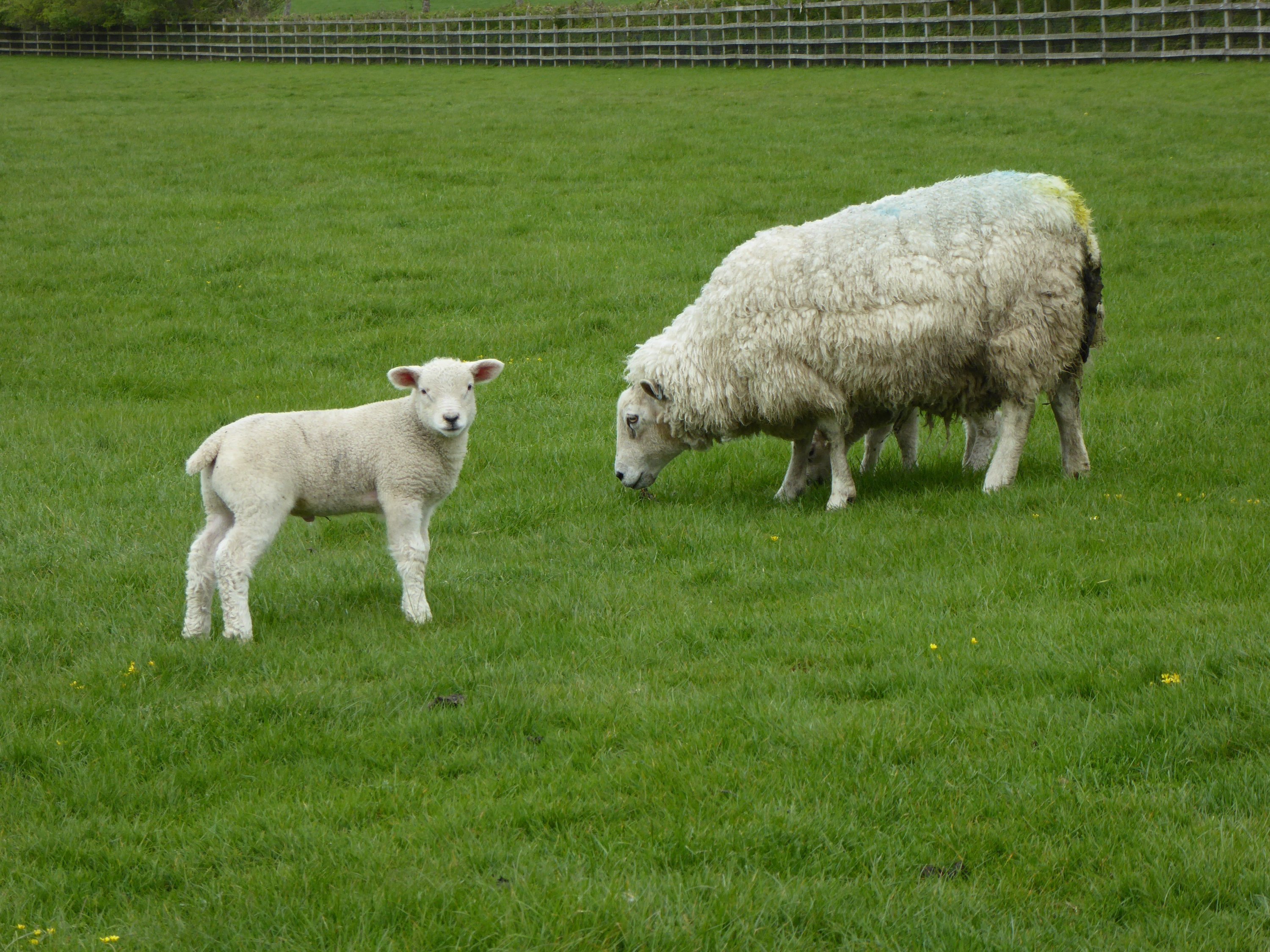 We enjoyed seeing the ruins and the short walk we went on but by the time we had walked back to the station, we were feeling a bit tired. Patrick then had the long drive home ahead but he assured me that he felt fine. 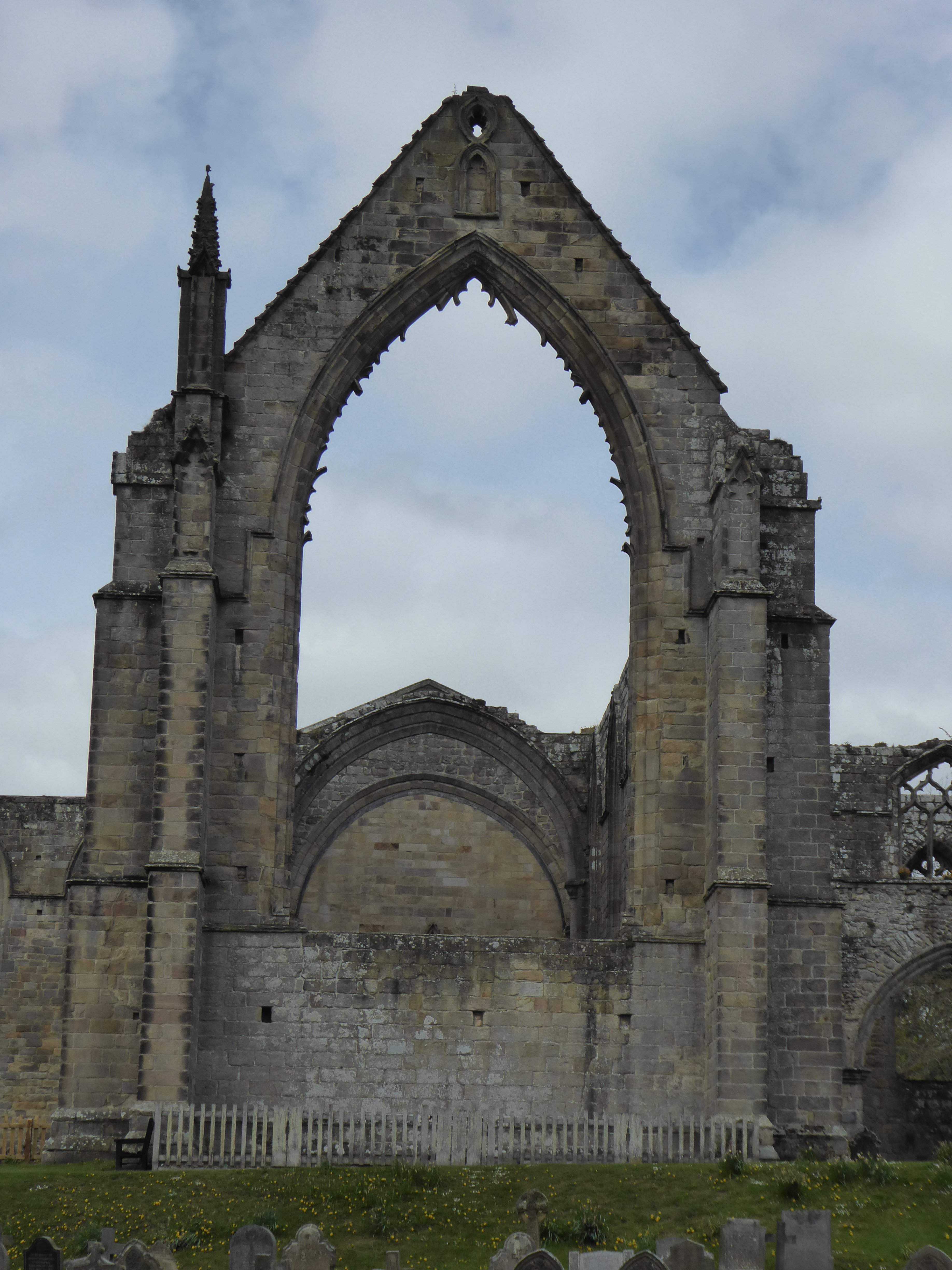 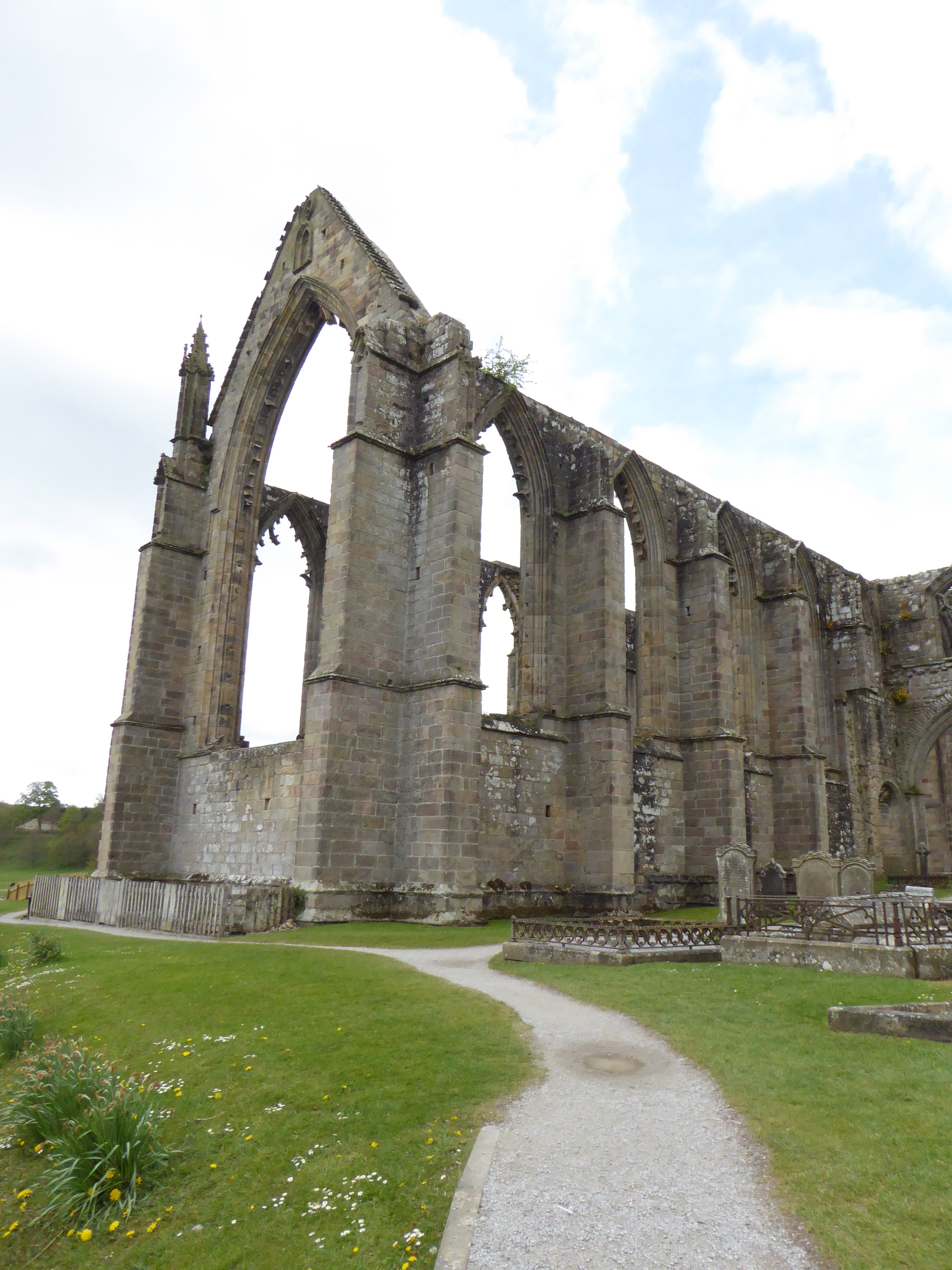 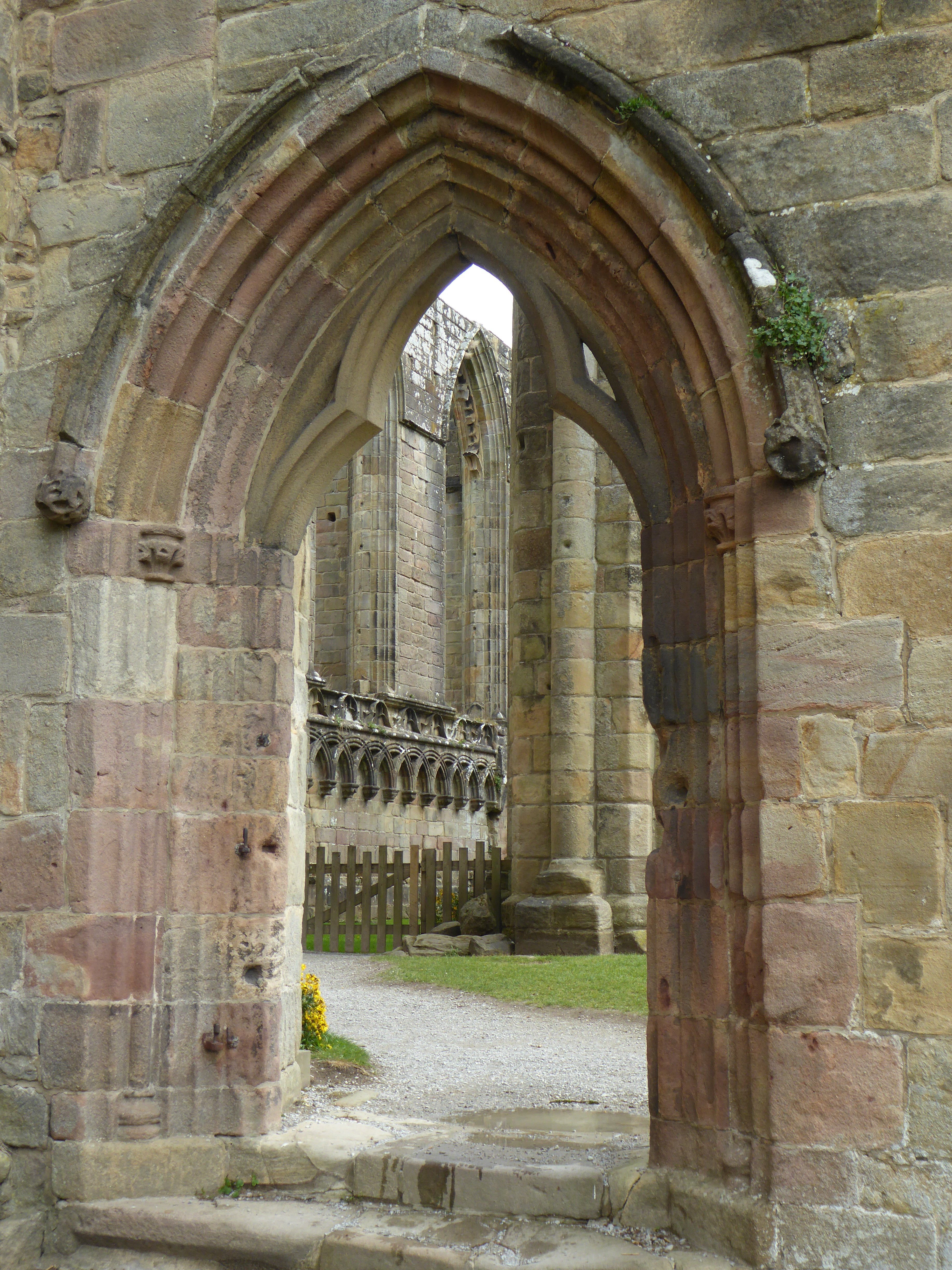 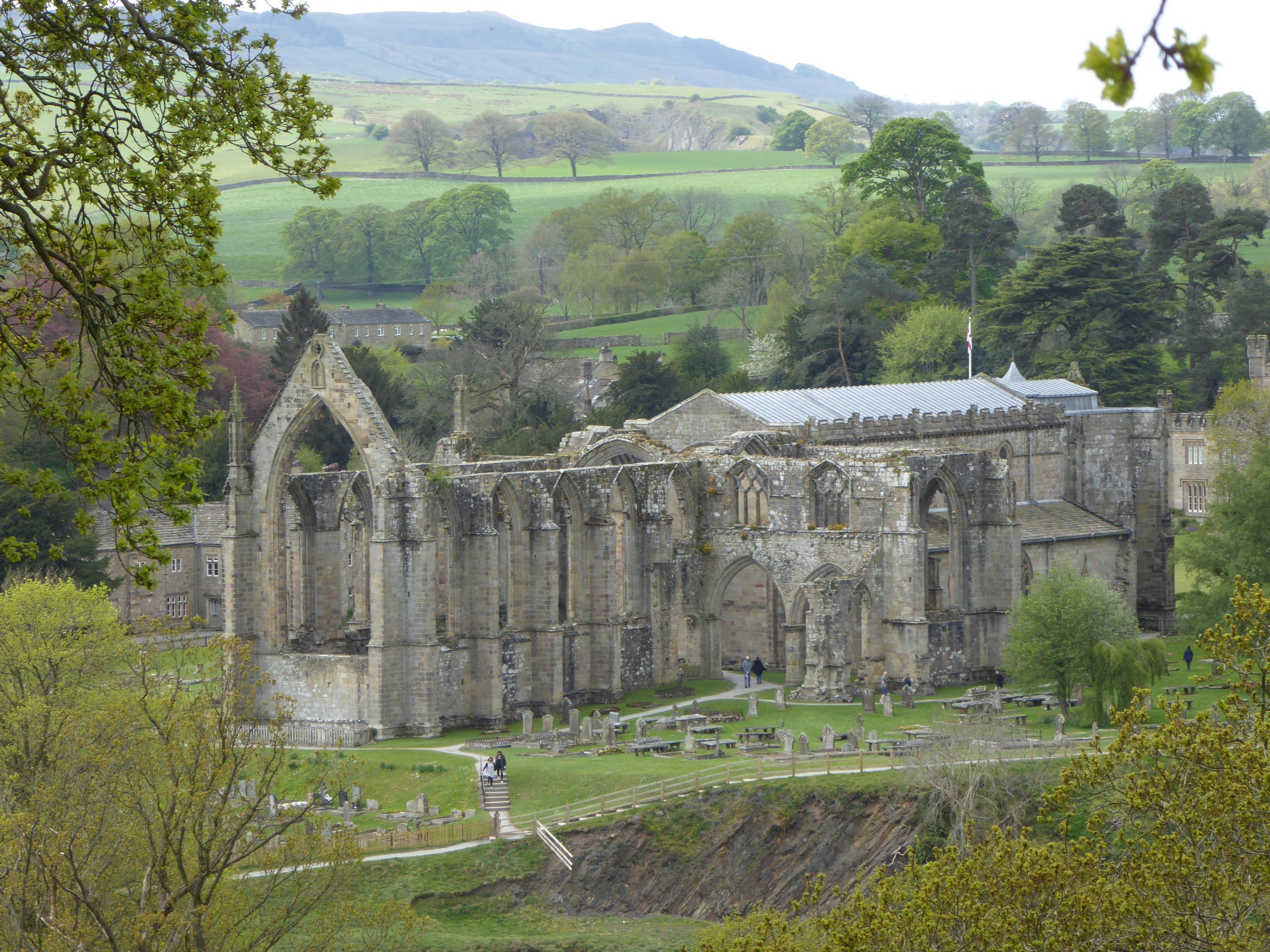 We had decided to look for somewhere to stop for a Sunday roast and found The Victoria at Cattall, next to the station. What a great find that was. The food was excellent and I would highly recommend it to anyone. It was a lovely, friendly atmosphere with seemingly a lot of locals coming and going and having a word or a joke with one another. I hope we get back there again sometime.

All in all we had a really lovely weekend. Now to look forward to the next one, Flamborough in three weeks time!