So, the plan was to visit Magic Rock Tap on Friday night, spend the Saturday mooching and shopping in Huddersfield town centre and then a Saturday night pub crawl around some of the fine ale lovers hostelries followed by a kebab at the legendary (to us anyhow) Kebabish.  Sounds good right?

The drive down the motorway was horrible, filthy weather and there had been an accident so bit of a delay too.  In that situation though you just have to thank your lucky stars that you are sitting in the traffic queue and not the alternative scenario.  We had stopped off at the Glasshoughton Outlet and unusually both managed to find something we liked.  I bought a lovely knee length padded coat in purple from Tog24 as well as a couple of pairs of ankle boots and Patrick some very nice brogues from Clarks.  We usually a bit rubbish at shopping so it was nice to go back to the car with shopping bags.  A scone and a hot choccie in the Thornton’s cafe finished off that little excursion nicely.

After settling into the hotel room, off we set for Magic Rock Tap armed with the trusty (!!) Google maps navigation.  Just as we left, it started to bucket down so I was really pleased I had decided to wear my new waterproof coat.  We bumped into a former customer of our beer shop, Jez and his girlfriend, also on their way to Magic Rock.  We do seem to bump into Jez often at beery type events and places.  He mentioned that there was a tap takeover by Danish brewers Dry and Bitter which we hadn’t known about.  Jez and Helena rushed off as the weather was truly awful by now and we lost sight of them.  The aforementioned Google maps being what it is, got us lost and we had to ask directions but we finally made it.  At first I didn’t think I was going to enjoy the experience, it was hot, noisy and crowded and there appeared to be nowhere to sit.  However, we got our first drink, found a seat fairly quickly and were set for the night.  Me drinking thirds and Patrick on halves, we managed to sample a fair few beers between us.  The fish and chips from the visiting Hip Hop Chip Shop weren’t the best ever but they served a purpose. 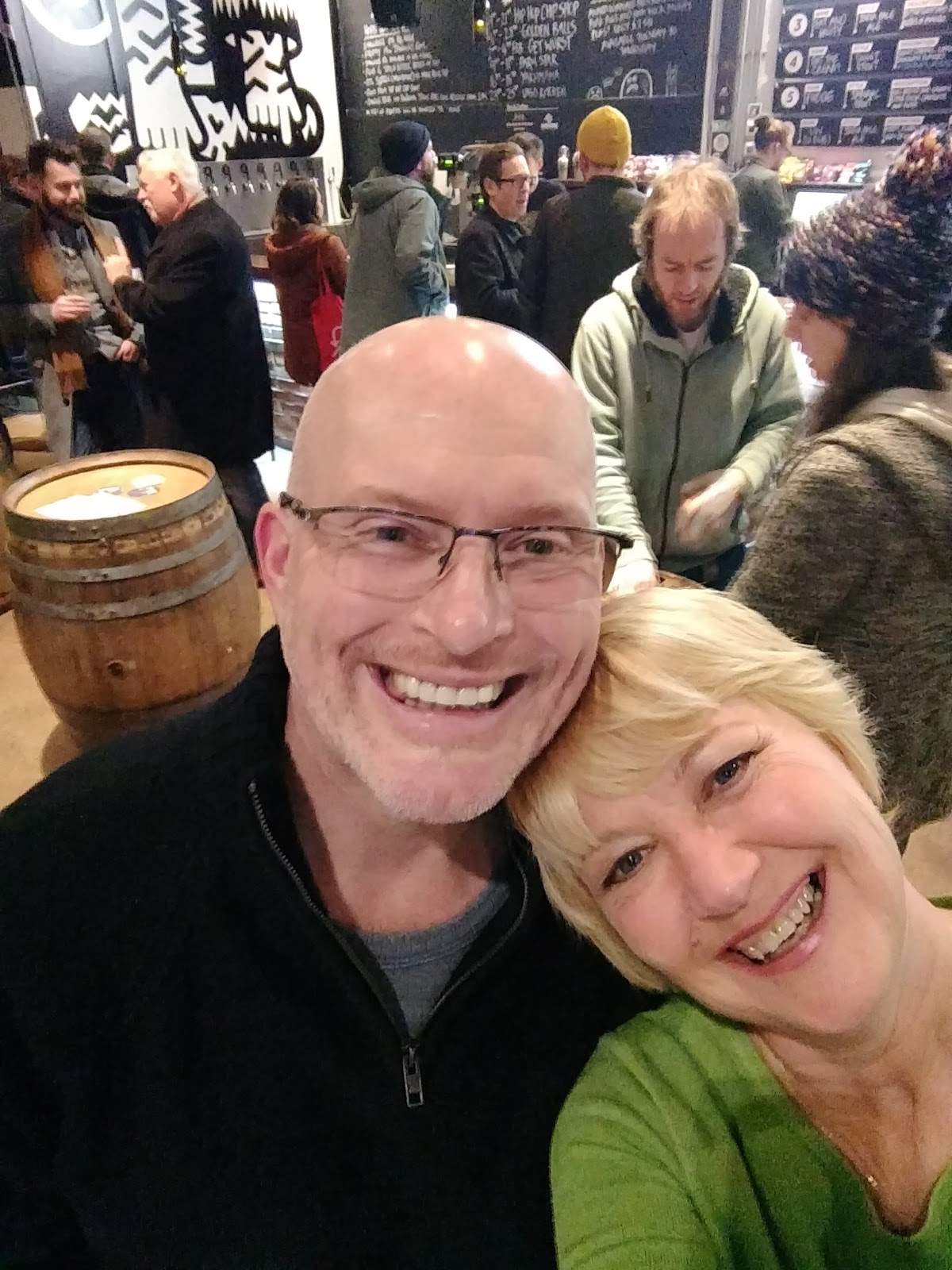 On Saturday morning, again using trusty Google maps to get us lost, we managed to make our way to a Wetherspoons for some breakfast.  The pavements were very icy and I’m sure our resemblance to Torvill and Dean must have been noticed!  Huddersfield is surprisingly well served by shopping centres although there’s not a lot in the way of ‘big name’ shops.  The outdoor market is a bit disappointing in that it’s more a car boot sale than a market but the indoor market at Queensgate was vast and I’m sure you could have got almost anything you wanted in there.  It was in House of Fraser though that Patrick managed to get everything he wanted.  He’s been looking for a nice overcoat since the beginning of the year, we’ve found plenty but getting one that fits properly has been challenging to say the least.  Finally, on Saturday the mission was accomplished.  Skopes overcoat, waistcoat and trousers, all in the sale…bargains! 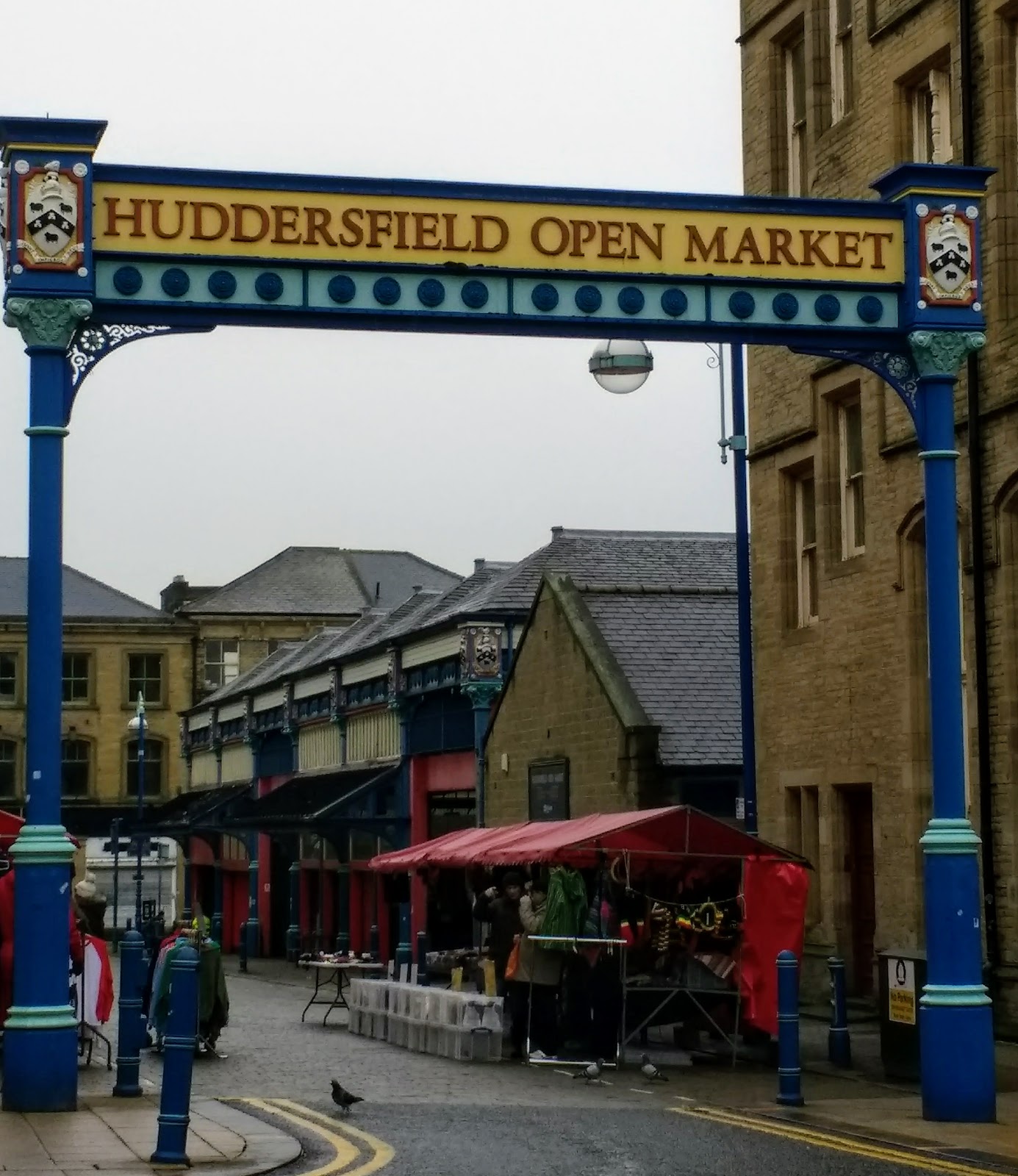 Bored of the shops, we popped into the Art Gallery and enjoyed an exhibition of paintings by Maxwell Doig.  The detail in them was amazing, at first we thought they were photographs.  I really did like his style and methods and would certainly go to another exhibition of his works should I stumble across one. 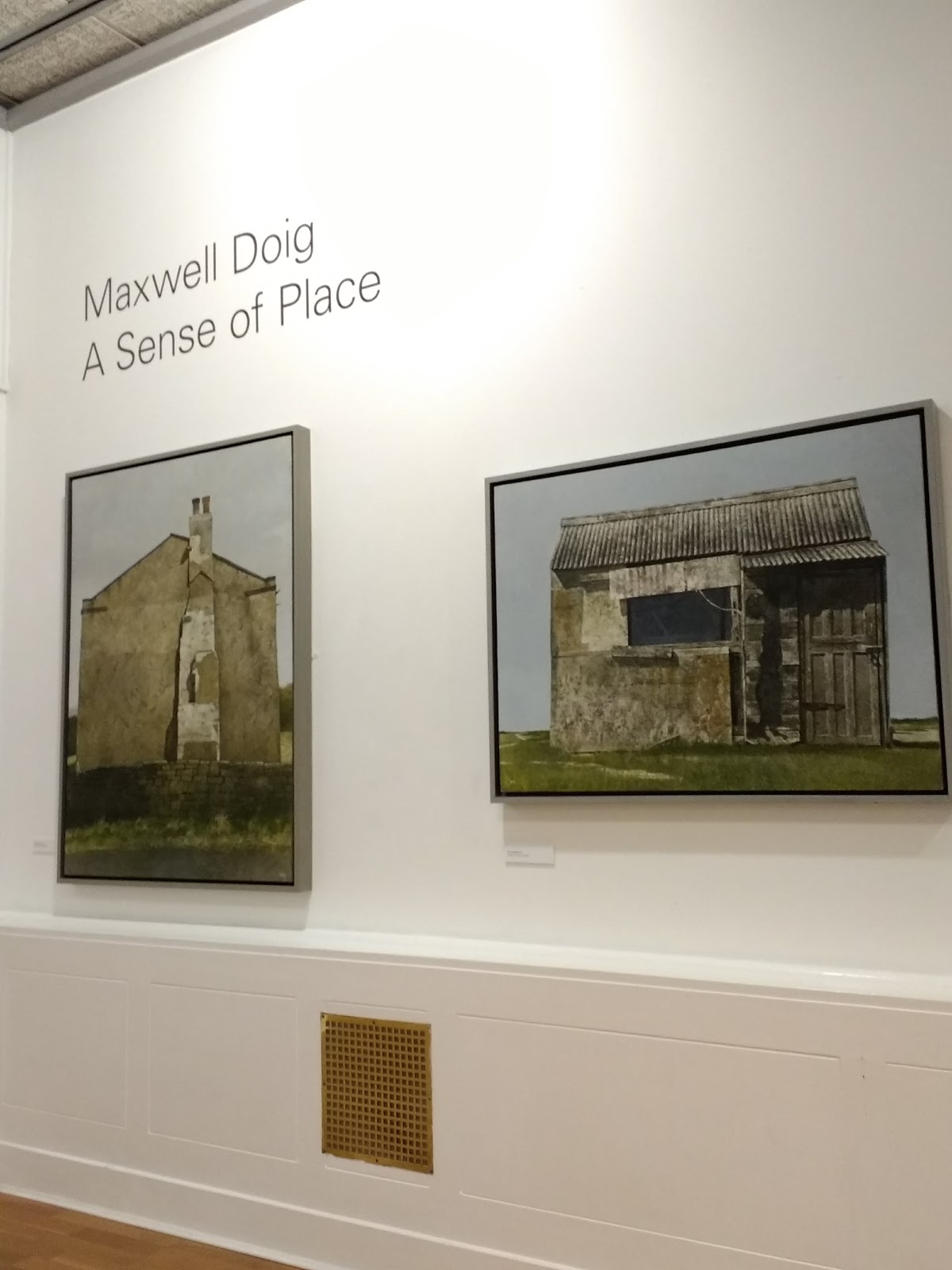 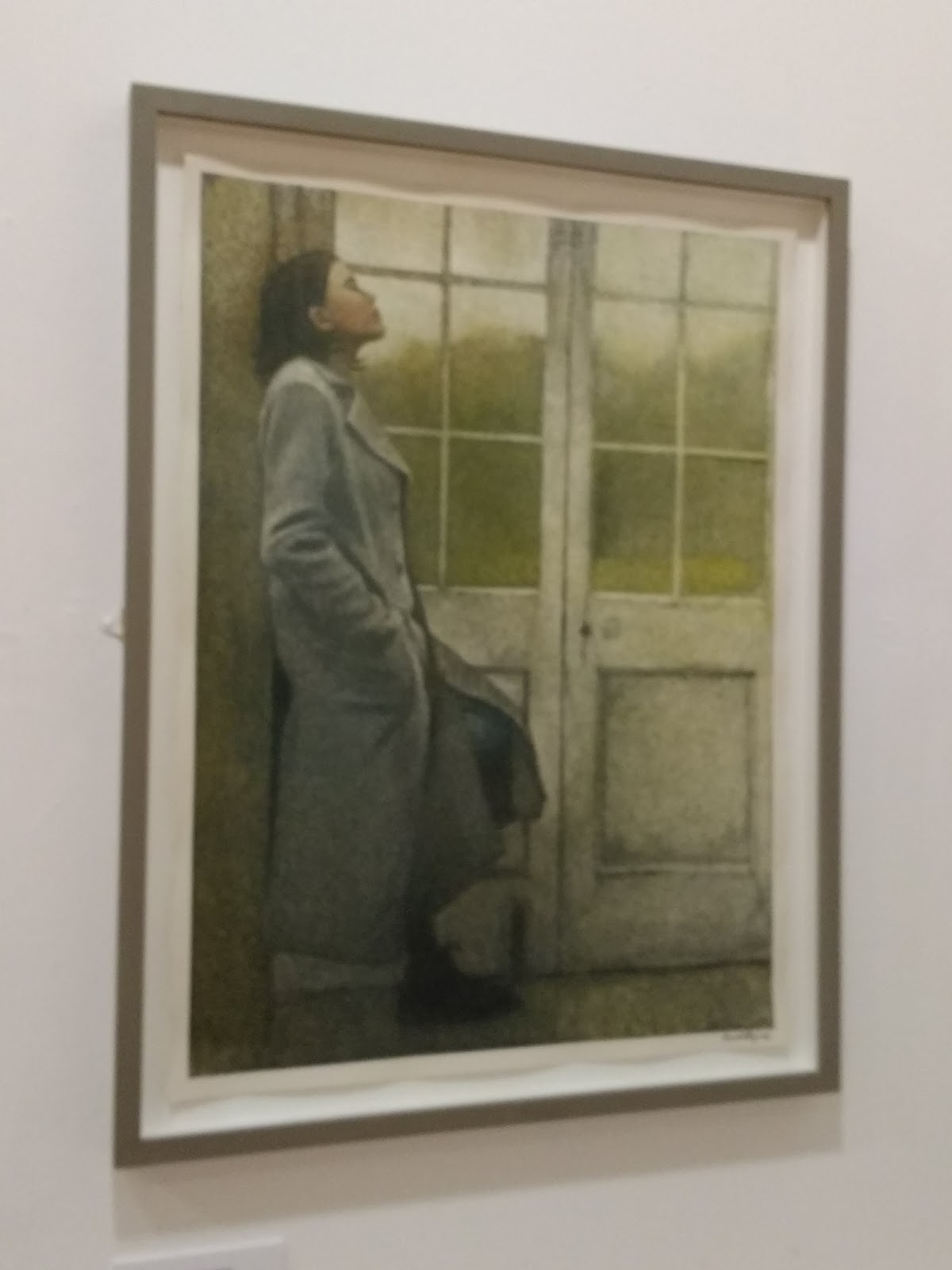 Bit of a random and surreal moment at a zebra crossing, three guys dressed as penguins doing a Beatles Abbey Road impression.  The leaflet someone shoved in my hand showed it to be a Greenpeace campaign Protect the Antarctic  If you want to support their campaign to create an Antarctic Ocean Sanctuary you can click the link and sign their petition or text PROTECT and your name to 60777 which will also sign the petition. 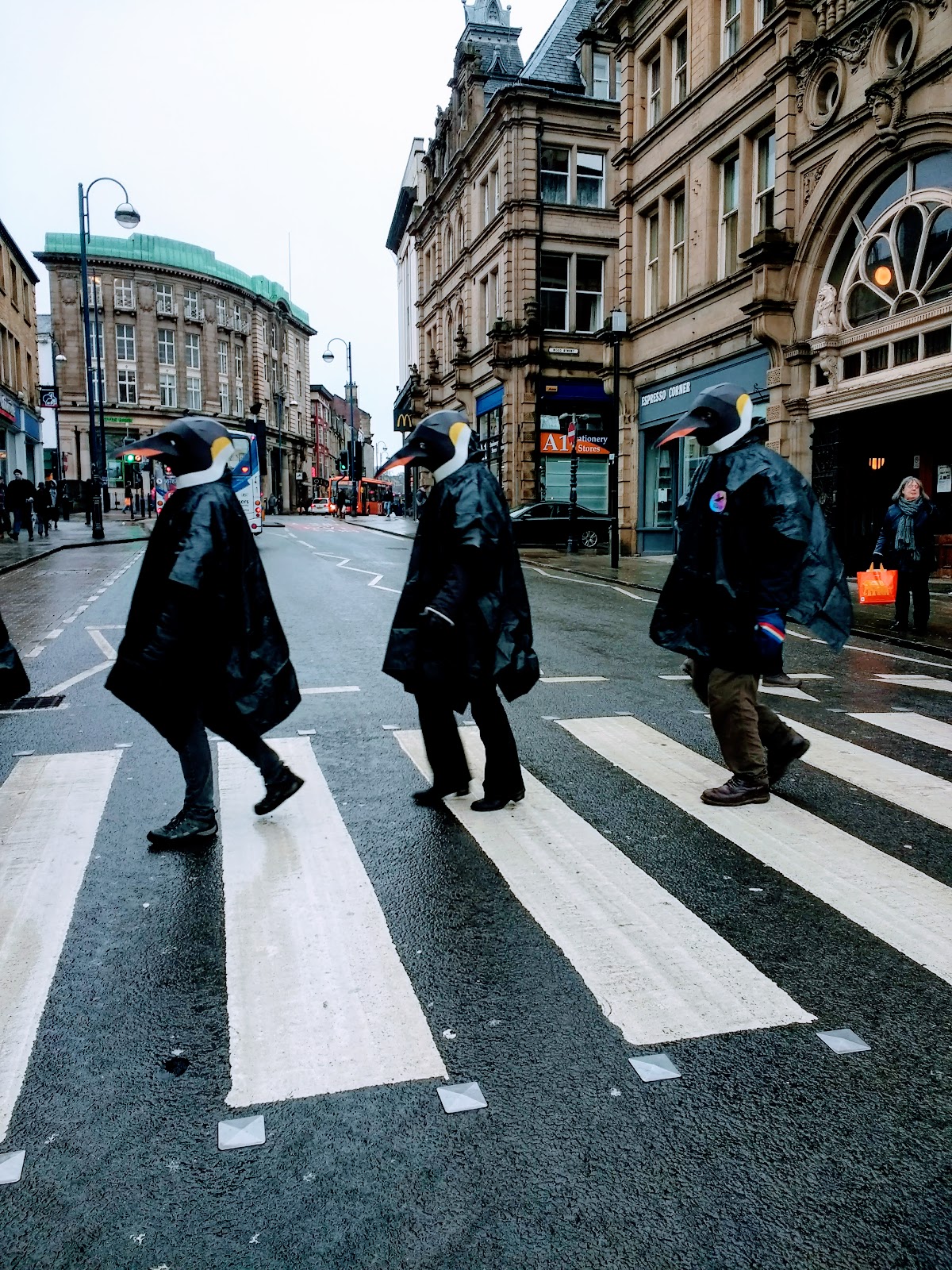 There is some lovely architecture in Huddersfield but I only managed to snap a couple of examples and I don’t even think these were the best I spotted.  Patrick and Harold Wilson are looking pretty good in St George’s Square at the station though. 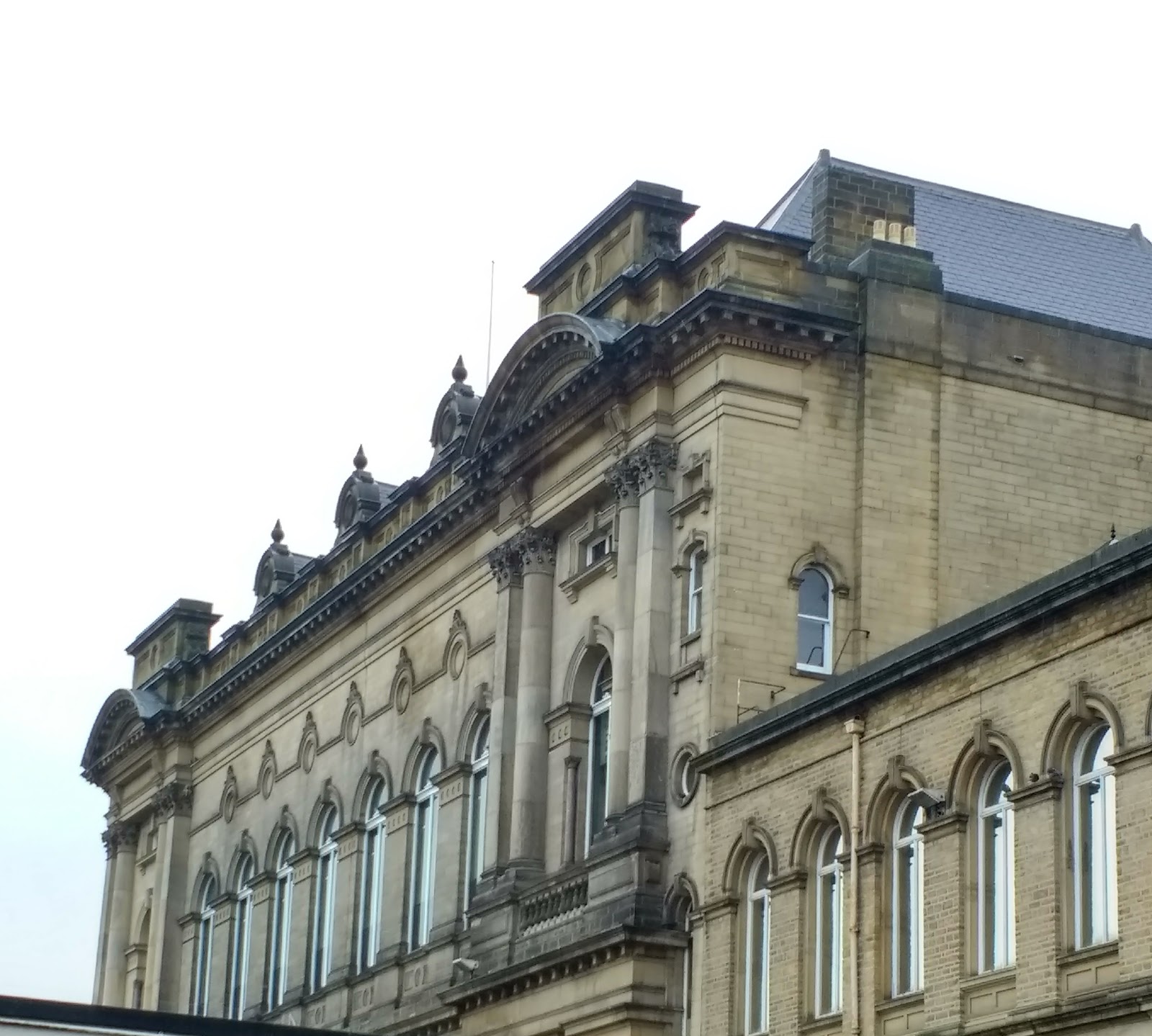 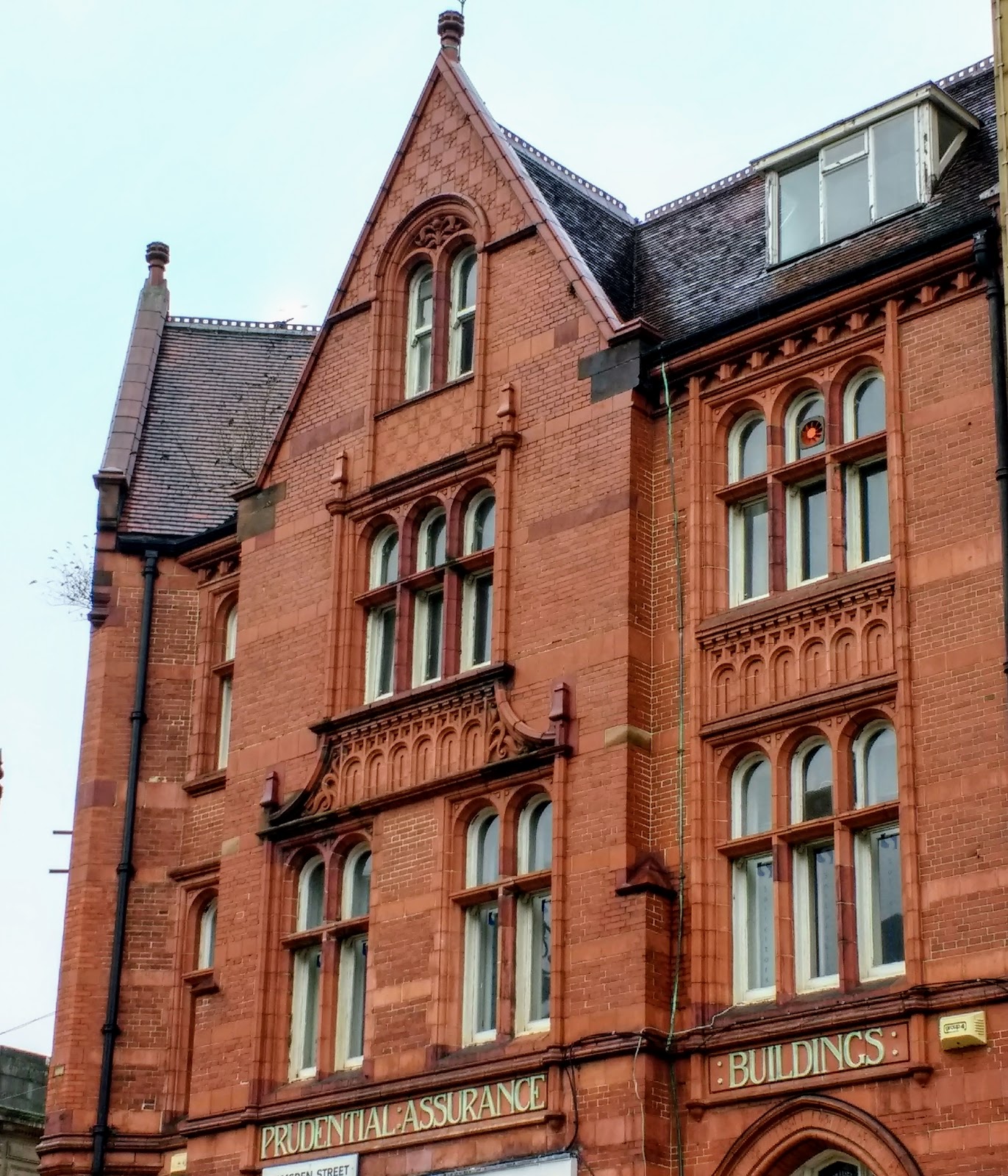 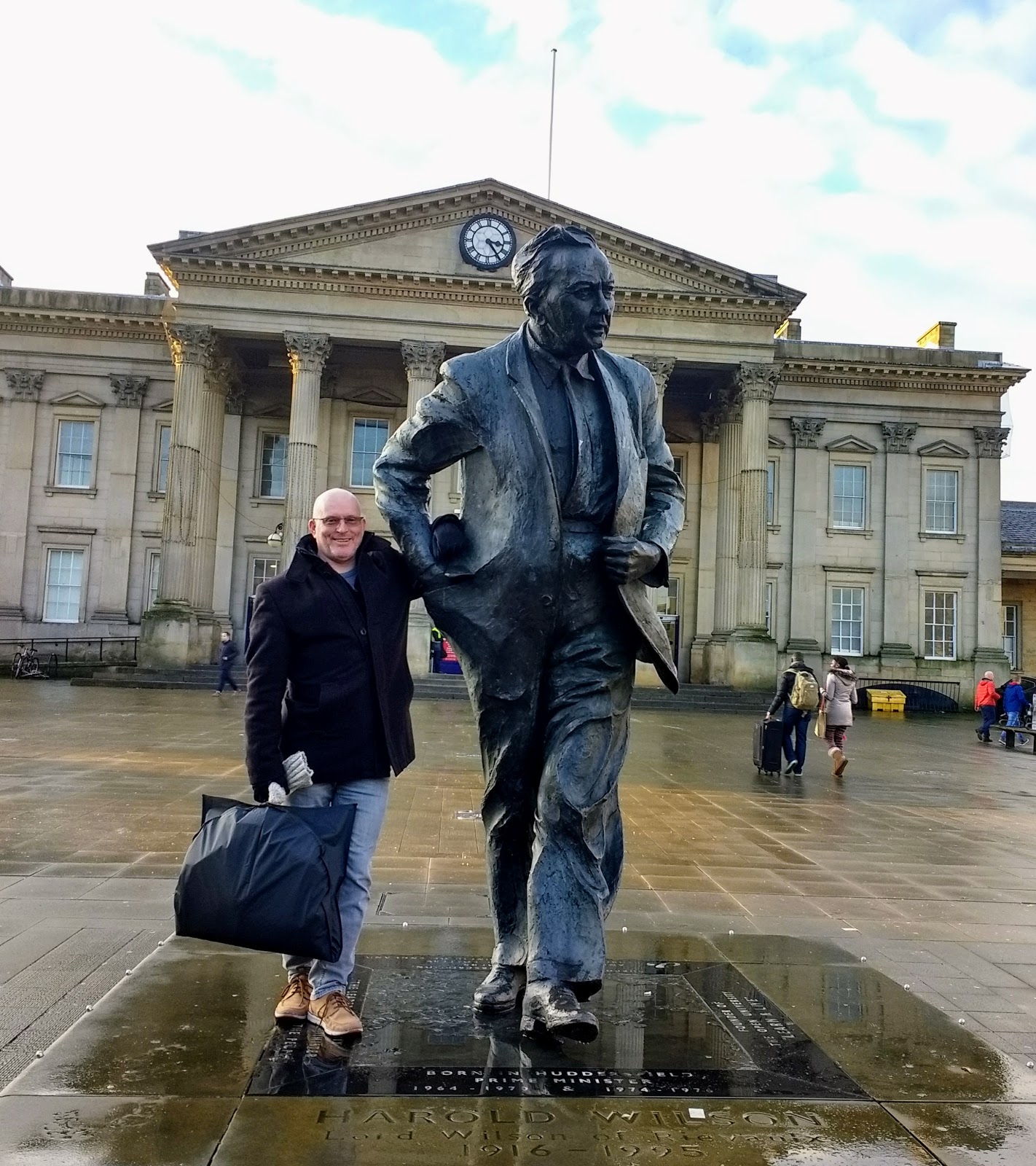 On to Saturday night which was a bit of a car crash of a night out in a logistical sense!  The original plan was that I had selected 5 or 6 pubs based on CAMRA’s WhatPub website.  We were to get a taxi to the furthest one from the town centre and pub crawl our way back finishing with a kebab at the aforementioned legendary Kebabish.  However, in the Art Gallery, we spotted a leaflet for the Huddersfield Real Ale Trail and as the pubs were all central and the weather was foul, we decided to follow that instead.  First up was The Sportsman, fantastic pub which we have visited before.  Great range of real ales and craft keg beers, we really should have stayed here all night!

Next was The Kings Head which is at one end of the beautiful Victorian Rail station and in one of the former ticket offices which still has the original tiled floor.  Plenty of beers on the bar to choose from but I chose badly and left most of mine.  Get a look at that stunning floor though!

The next three pubs, whose names now escape me were unfortunately closed down, the next one, Rhubarb had hardly anyone in it but those that were looked like they were extras from the set of TV show Shameless.  We didn’t stay for a drink!

So on to The Grove, or so we planned but in true Patrick and Jill style, we took a wrong turning and ended up at The Rat and Rachet instead.  This is an Ossett brewery pub and not being huge fans of their beers, we hadn’t planned a stop here.  We were so cold and fed up though that we were tempted in.  The beer was enjoyable enough and I liked the place itself so it wasn’t a bad move.

Finally, after asking directions and still taking a wrong turn, we found ourselves in The Grove.  The place itself is a bit grotty to be honest but it really is a beer lover’s mecca. Something like 19 beers on handpull and 15 Craft kegs, it wasn’t easy to choose.  The deco of the place was a bit disturbing, featuring an array of stuffed animals, a beer-loving taxidermist’s delight I’m sure.  I’d certainly visit again for the choice of beers though.

The walk back to the town centre was straightforward…unless you are called Patrick or Jill that is!  After a bit of confusion at one of the rather large and confusing road junctions which seem to be a characteristic of Huddersfield, we found ourselves on the long road back and on our way to Kebabish.  After all the hype and looking forward to this, I have to say that the kebab was a little disappointing in the end.  It hit the spot though! 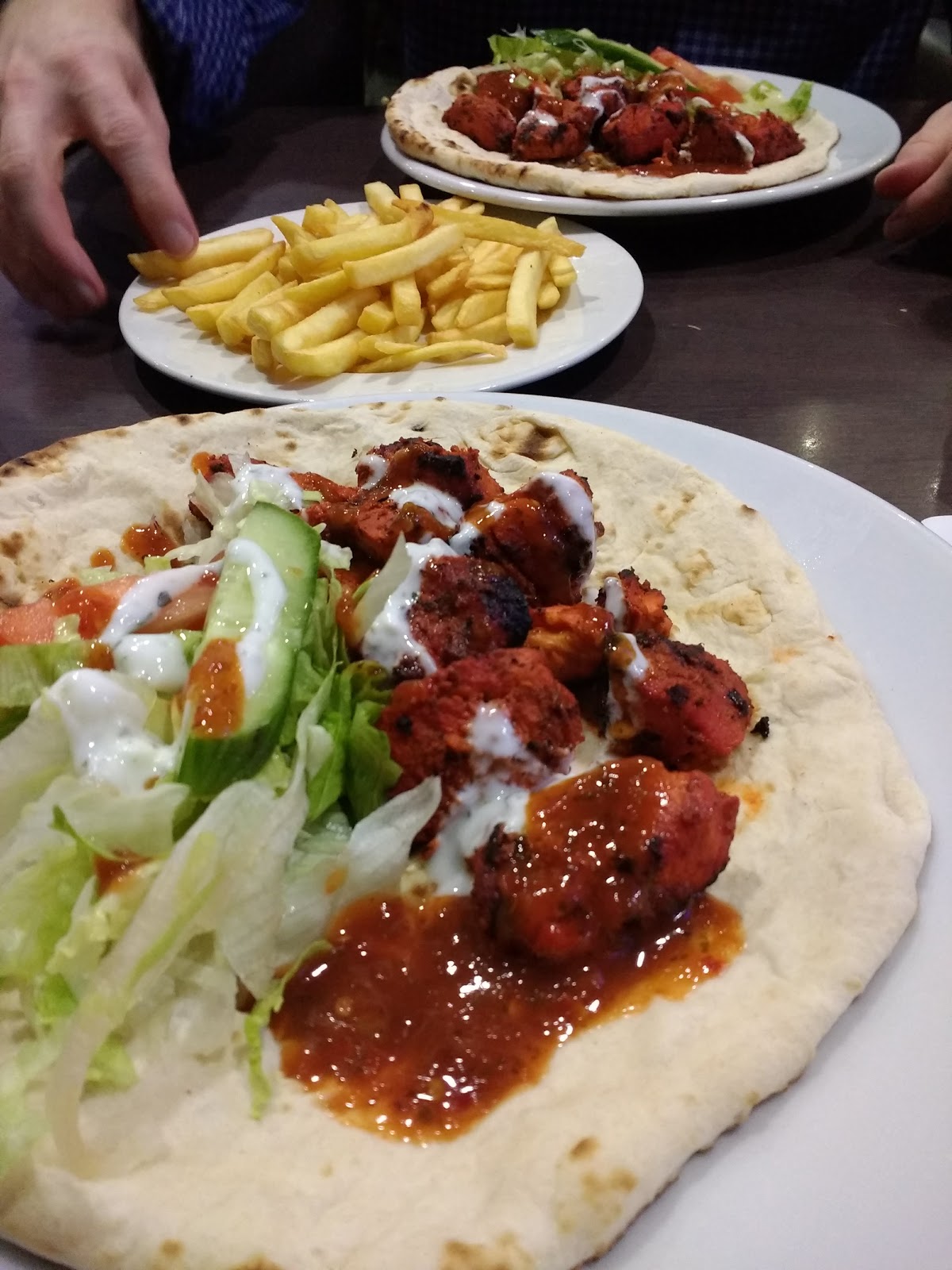 Of course, the story doesn’t end there.  We managed to get lost on the way back to the hotel again!

All in all,  we had a really enjoyable weekend but next time, we wouldn’t go in January, it’s a much more pleasant experience getting lost in June or July!