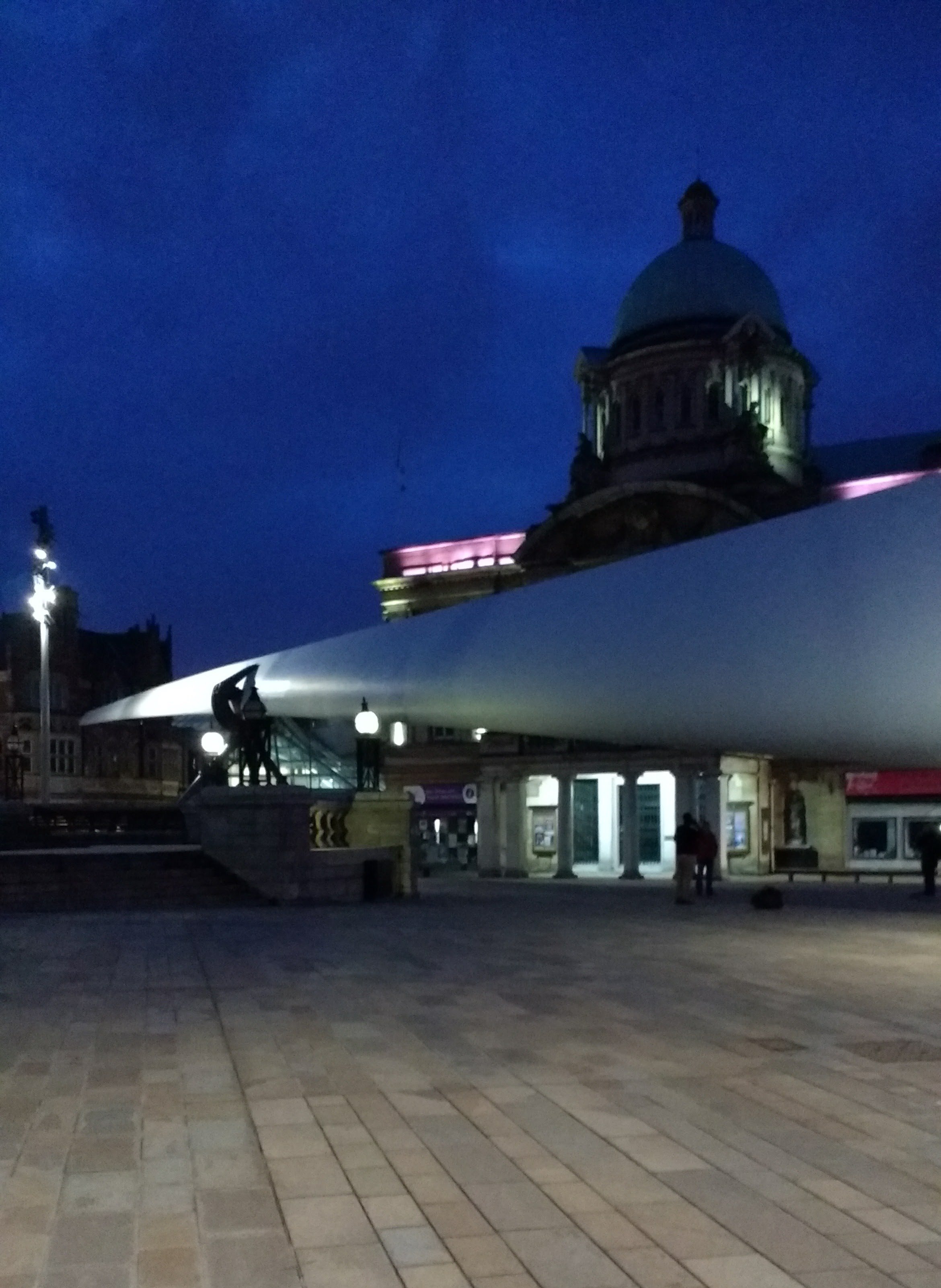 No sooner had the dust begun to settle on the last showing of the Made in Hull light show on the evening of Saturday 7th January when workmen surreptitiously began removing certain items of street furniture.  Street lights, bollards etc. began to disappear from the city centre streets.  We all had no idea that this was happening and certainly no idea why…. but in the dead of night, a 75 metre wind turbine blade began it’s slow, careful journey from Alexandra Dock, in East Hull, towards its home for the next 3 months in Queen Victoria Square.  We awoke on Sunday morning to the avalanche of social media posts showing the film footage of it’s journey and placement and it’s fair to say, the citizens of Hull didn’t know quite what to make of it at first.  Me.  I was smitten!

The artist responsible for the idea is Nayan Kulkarni.  Was it art?  Well the blade itself, no. It is a marvellous feat of engineering but not art… but the placing of it and the representation of this new, modern future for Hull’s industry against these beautiful Victorian buildings of our past, yes I think that was art.  Most of us may not have seen it as that to start with but by the time it left in March, I think most of us had fallen in love with it.  A master stroke by Siemens to cement their place in Hull’s future history.  Last week was all about the past, now this is the future.  It engaged people like no one expected it to. 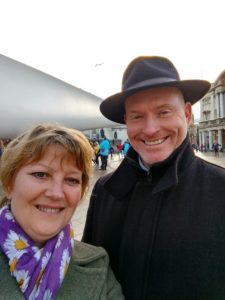 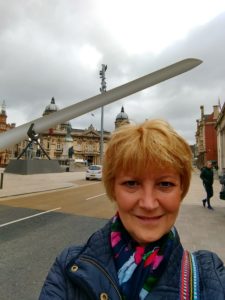 We all took selfies with it.

Everyone was completely blown away by the sheer size of the thing.  75 metres long, 3.5 metres diameter at it’s base and weighing 25 tonnes.  Our Hull blades are actually the world’s largest fibreglass components cast in one single piece.

It got people talking, it engaged and interested people. It fascinated children and divided opinions as to whether or not it was ‘art’.  When it left on March 18th, I think we all felt a little bit sad to see it go.

However, it’s not lost to us forever.  It was a gift from Siemens to the people of Hull.  The first ever blade off the production line at their Hull factory it is to be displayed outside their Alexandra Dock offices for anyone to see.