One of my things I want to do this year is to sort out my huge family photo collection.  I have, like everyone else, hundred of photos.  As well as the plethora of miscellaneous digital images on various CDs, portable hard drives and memory sticks, I have hundreds of physical photographs, going back to my own childhood and even earlier as I was a bit of a family historian a few years ago. I intend to start with the digital ones, try to sort them into some semblance of order and put them into folders on an external hard drive.  Already, I’m feeling daunted by this and I’ve only looked at one CD!!  The memories this is going to turn up will be fun though.  Such as this one 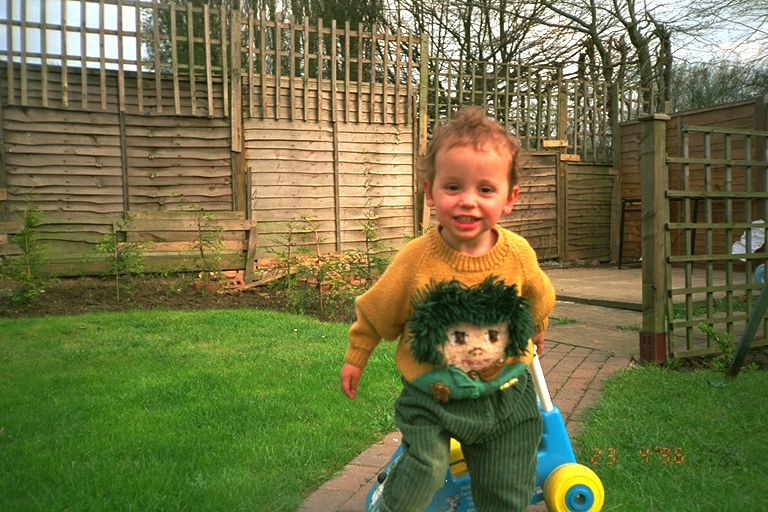 The son in this photo is now 17 years old!  I had knitted this jumper for his elder brother and it had been passed down to him.  They were both fans of the children’s tv show Tot’s TV and this pattern leaflet had jumpers with each of the characters and toys to make too.  I have to say, I was immensely proud of this at the time 🙂

And this picture of my two boys looking like they actually love each other! 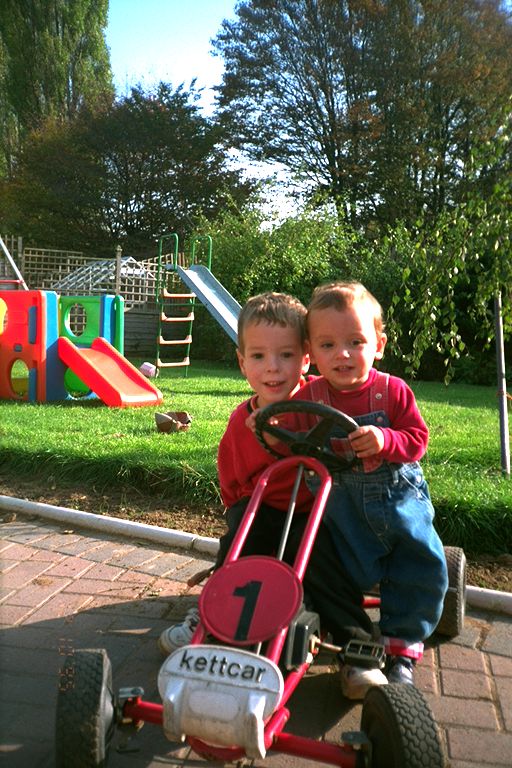 And then there’s this….which I have to say looks more realistic than the previous one! 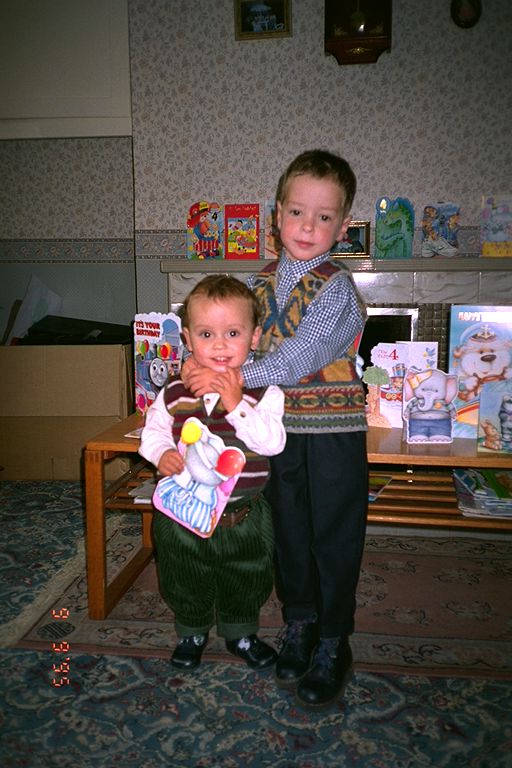 So, on with the sorting out.  This could take quite a while!  I’m sure I will enjoy it tremendously though.