Sorry this post is a bit wordy as I didn’t take any pictures. Note to self ; must do better!

Last week I, my son Mason and his housemate Rosie had a night out to Hull New Theatre to see the fantastic Saturday Night Fever.

We met early for food in Tanyalak which is a Thai restaurant close to the theatre. The weather was foul, chucking down and bitterly cold but the excellent food we had soon warmed us up. The restaurant is a casual style, modelled on the popular Street Food idea the furniture and decor is a bit basic. It’s maybe not the place for a romantic night out but judging by the number of people who came in whilst we were there, it’s doing well as it is. Both food and service were excellent and the staff were very friendly. I’d recommend it without hesitation.

After we’d finished eating, it was still a bit early for the theatre so we popped into Brew, a new cafe/bar in the K2 development on Bond Street. They serve coffee, loose-leaf teas and craft beers and the decor is Scandi-chic (apparently). Rosie and I had different teas and Mason a coffee. The teapots were really cool actually, tall plastic jugs but then you sit it on top of your cup and it dispenses the tea from the bottom. I was quite fascinated by the process to the amusement of my young companions!

So, onto the theatre and the musical with the best selling soundtrack of all time (to date). As always, I worry that my companions may not enjoy the show as much as I do. I think this is because theatre tickets are quite costly and having persuaded someone to come with me, I want to be sure they get their money’s worth. No worries on that score as they both loved it.

The lead role of Tony Manero, which catapulted John Travolta to fame in 1977 was played by actor Richard Winsor. I’d never heard of him not being a TV fan but fans of Casualty will know him as Caleb Knight. He played the role really well and his dancing skills were impressive. All of the cast were excellent, the actress playing Annette was suitably pathetic in her unrequited love for Tony, Stephanie was wonderfully delusional about her social status and Tony’s mates were laddish. The live band were great and the singers made up to be the Bee Gees sounded just like the real deal, although one of the three went AWOL after the interval. There was no announcement that I heard but I assume he was unwell. The remaining two did a splendid job though. I must also mention the Studio 54 DJ, he was awesome in the over-the-top revving up the dancers that seemed to be the thing back in the day. I remember the nightclub DJs of my youth announcing song names in that over the top style.

The inevitable medley of tunes at the end had the entire theatre on their feet clapping and dancing and it almost seemed like the cast didn’t want to leave. As opening nights go, I’m sure they will have been pleased with that one.

All in all it was a fantastic night out and I was still buzzing when I got home. 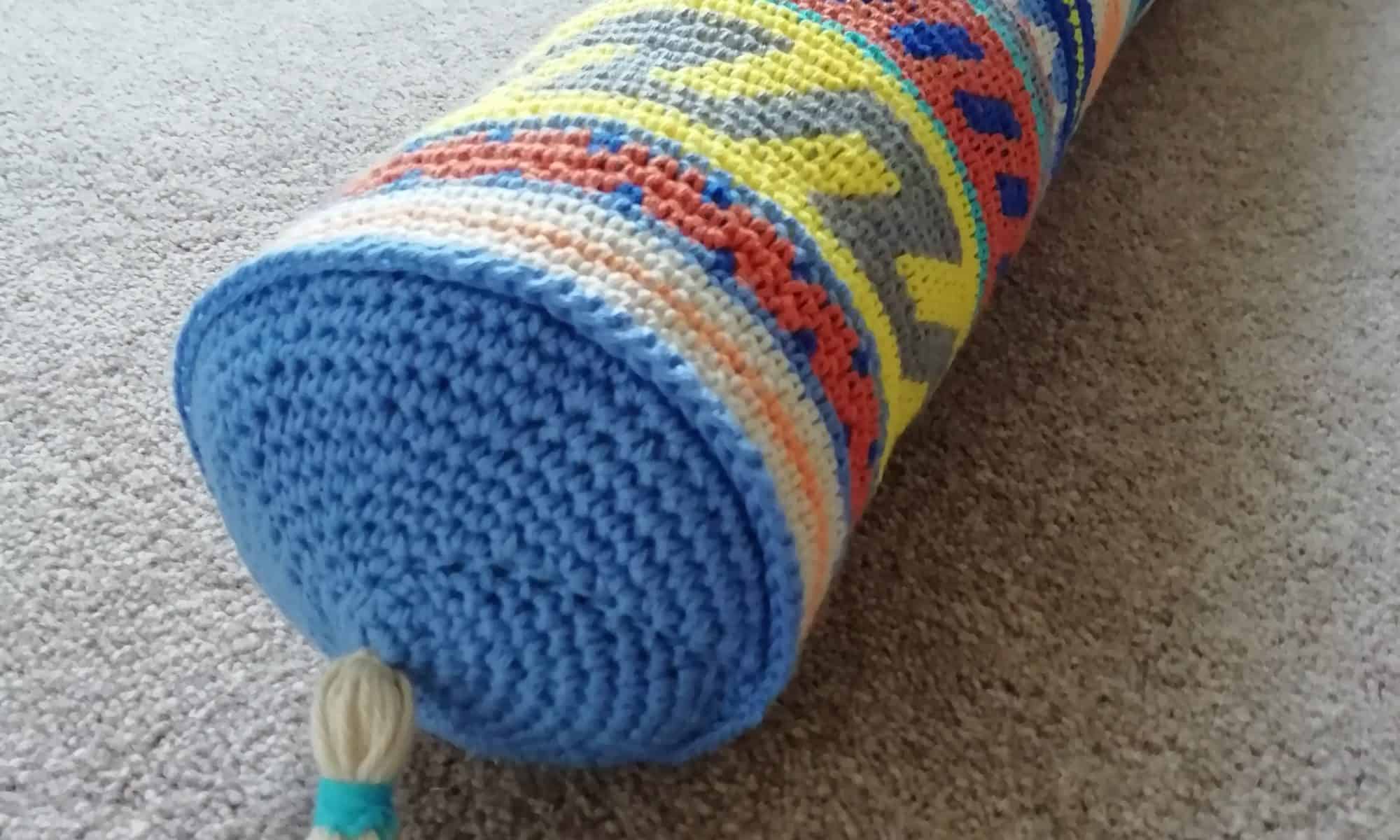 Well my biggest news for this post is that my brilliant eldest son, Michael, had confirmation yesterday that his PhD Thesis has been accepted meaning he has passed and is now officially a Doctor of Computer Science. He actually passed his Viva last year but with a few corrections to be made. Having recently re-submitted the thesis, he was awaiting the result which came by email last night. He rang me immediately and sounded absolutely thrilled.

To say I’m proud is an understatement! He has worked so hard for this and even though he didn’t qualify for funding, was determined that he wanted to do the PhD. His dad has been very supportive financially and there is no doubt that Michael couldn’t have done this without that support but Michael himself has worked too. Each summer he has managed to secure a well-paid internship which as well as contributing to his finances has given him more work experience to add to his CV. I’m certain that this helped in no small way to land him his current job with the Government Digital Agency in London.

In other more down to earth news, I was very proud last weekend when I finally finished the crocheted draught excluder I’ve been working on since the end of December. This was a large project for me as a beginner and a learning curve which is always good. I really feel that my future projects will be much better thanks to what I learned making this. If I do say so myself, I think it looks bloody fantastic!

I’ve spent a bit of time lately deciding what to knit next with the idea of trying to use up some stash. I’ve had some Stylecraft Ethical Twist in stash forever, camel and cream both in sweater quantities and oatmeal and baby cream in smaller quantities. A lovely wool/alpaca blend, it is absolutely gorgeous yarn and I’ve started numerous projects in it but it just hasn’t wanted to be those things and I’ve ended up frogging. I’ve finally decided on the stunning Masterpiece by Design Von Hinterm , knitted in the camel, I think it’s going to look really lovely. I cast on last weekend, almost as soon as I’d finished making up the draught excluder and it is looking good already.

So, having started using up some stash what do you think I’ve done? Of course, I bought more yarn! I got a book for Christmas, 200 crochet squares, so I thought I’d buy couple of balls of stylecraft special Dk, which is what a lot of crocheters seem to use and a couple of balls of Scheepjes Colour Crafter, to compare the two. 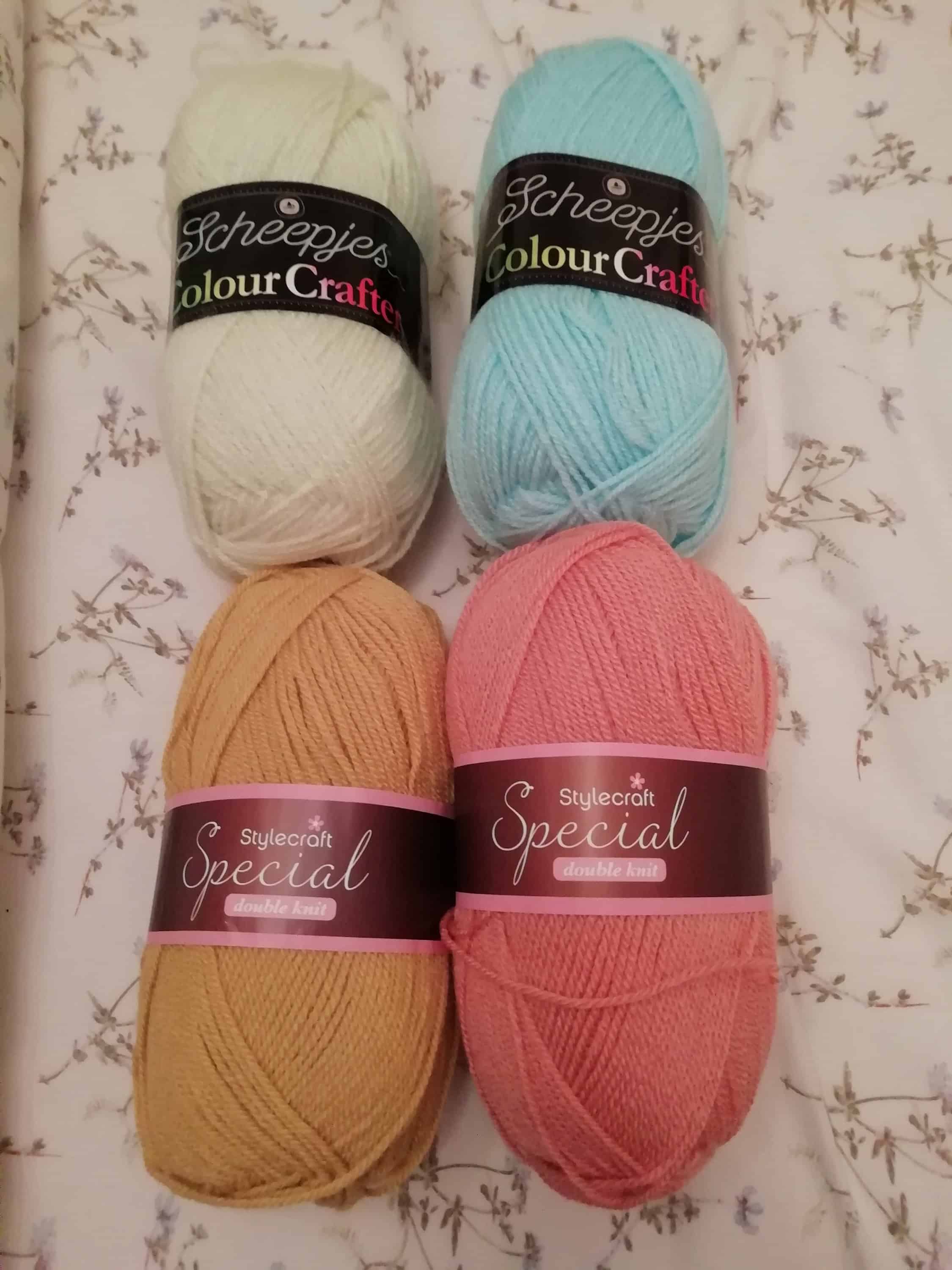 Now I have to add at this point that they are now under the bed and I haven’t tried them out yet!! I bought them from the Wool Warehouse website where I also spotted the clearance section….always a disaster to the bank balance. I just couldn’t resist the Mirasol Nuna, a simply divine sport weight. It just jumped into my shopping cart, honest. 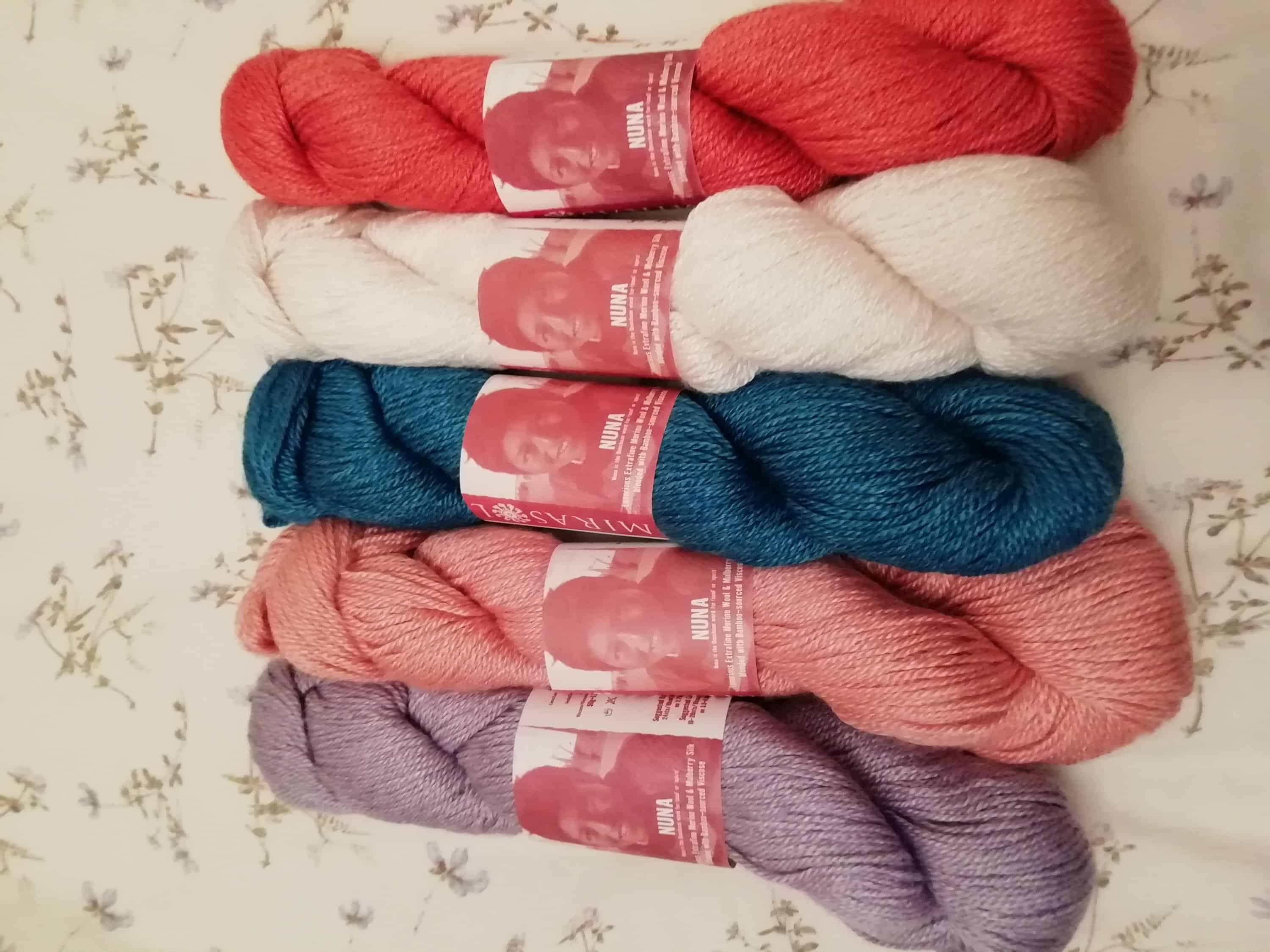 This is also under the bed!

I love getting deliveries from Wool Warehouse because they pack everything in pretty gauze bags. Yeah I know…