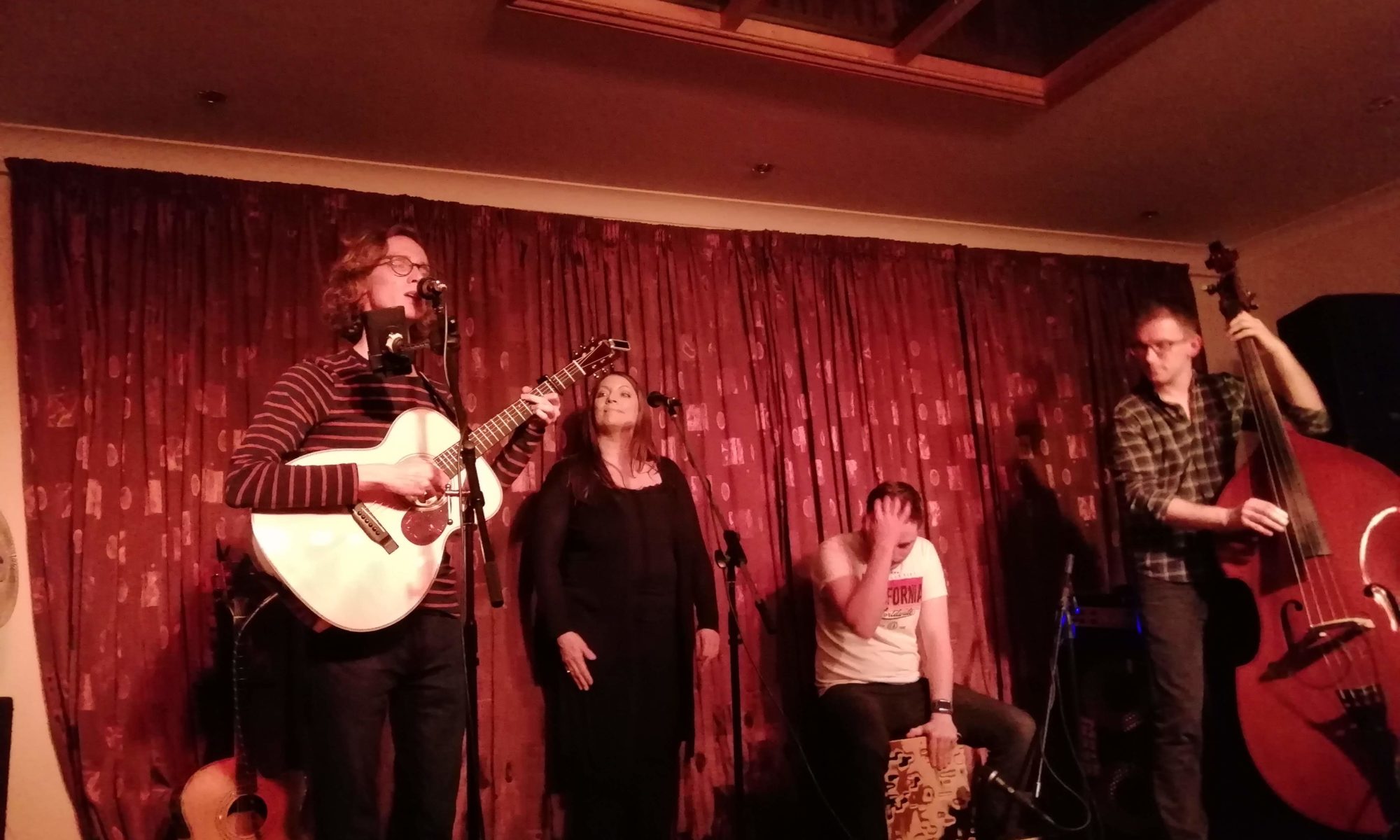 No, not the misleading headlines kind but the band of the same name.  Patrick and I first saw them perform at a Larkin’s beer festival, probably about 3 or 4 years ago now, quite by chance as we were naturally just there for the beer and weren’t really aware that there would be live music.  Just three young guys, one singing and playing a guitar, one on a double bass and one on percussion (if I say sitting on a box and hitting it with his hands  it sounds very basic but he is much more skilled at it than my attempt at description).

That same year, we spotted them playing in the concert room of the King Billy during Cottingham’s Annual ‘Springboard Festival’ and were again blown away by their performance.  On that occasion, they did a rendition of Dylan’s All Along the Watchtower which had the audience cheering and applauding long after the band had finished.

We hadn’t seen them since then so when I spotted that they were going to be at The Back Room in Cottingham in December in a joint bill with Edwina Hayes, I suggested to Patrick that we go along..  We arrived at the venue assuming we could pay on the door only to find the venue almost full.  We were luckily allowed to pay on the door and went to stand near the back at the bar.  The venue owner ( I assume) came over and said he would find us some seats and them proceeded to carry in a table followed by 2 chairs and plonk them right in front of the stage! Yes that’s right. Right in front of all those people who had arrived in good time in order to get good seats.  I was so embarrassed as we took our seats and a bloke behind us asked if we were royalty or something.  He said it lightheartedly but I’m sure he was a bit miffed really.

This was a joint headlining bill with Edwina Hayes, who I have heard of but never seen perform.  Edwina was on first and I really enjoyed her set.  She did talk perhaps a bit too much but it made the gig more personal and she was witty and friendly.  I loved her material and I’ll definitely see her again at some time I’m sure.

Next up were the boys we had gone to see.  They didn’t disappoint and were, if anything, even better than ever.  They’re still not a fully professional outfit and two of them have jobs elsewhere in the country so they don’t get together very often.  I would love to see these guys become successful enough to do this for a living so we could see them perform more often.

As an aside, what a lovely surprise The Back Room turned out to be.  I wasn’t aware of it’s existence before this gig but it’s a lovely little space, a real intimate gig experience.  The bar only sells bottles but we were able to enjoy Great Newsome’s Jem’s Stout.  Please look out for upcoming gigs and events and give the place some support.  These are the kinds of venues that keep live music alive and so should be supported by all of us who enjoy it.