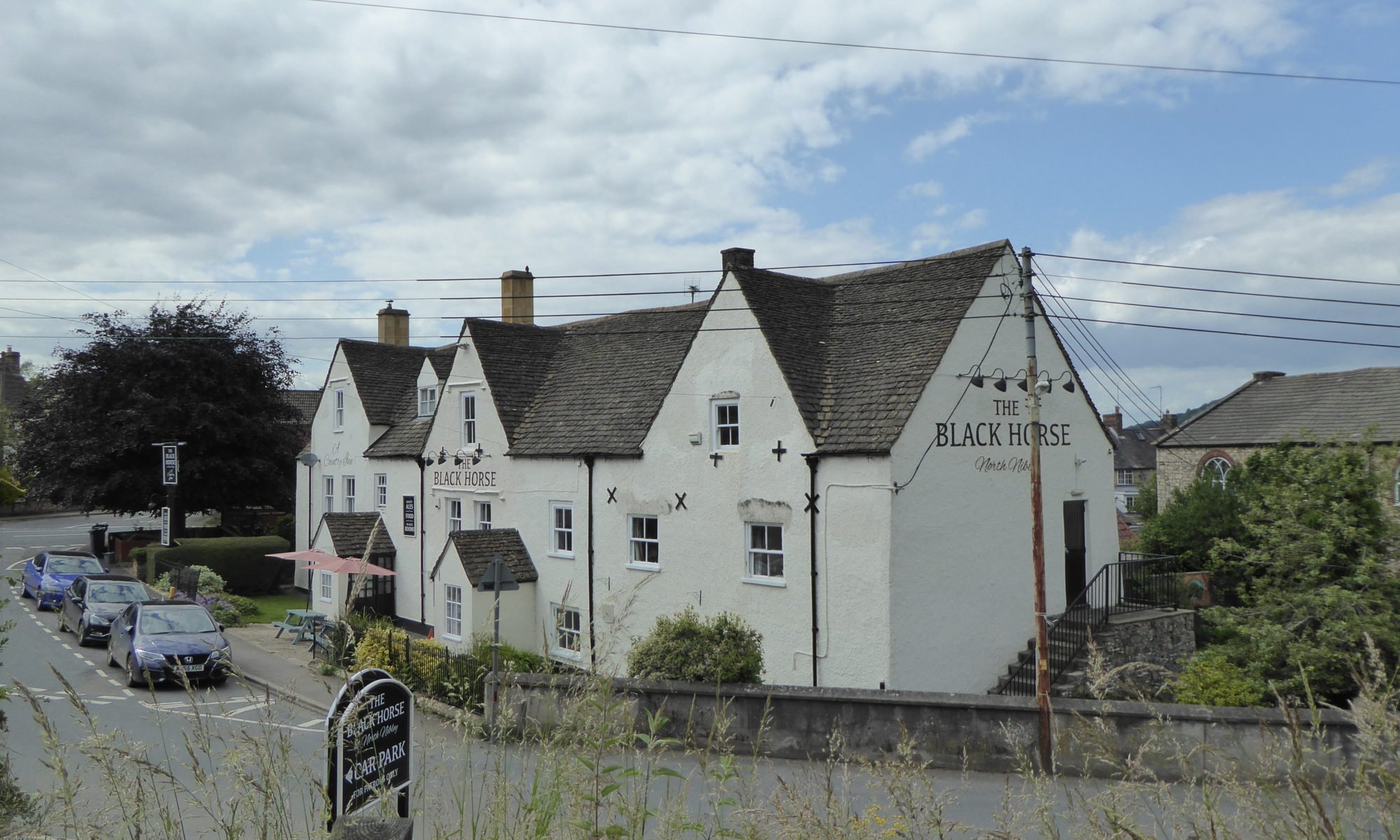 Having pre-booked a stopover to break up the long drive to Cornwall, we set off on Friday morning in Daisy, my little yellow car, to travel to North Nibley in Gloucestershire. The Black Horse Inn to be exact. We expected the journey to take about four hours but a couple of traffic jams and over five hours later saw us parking up in the pub car park. 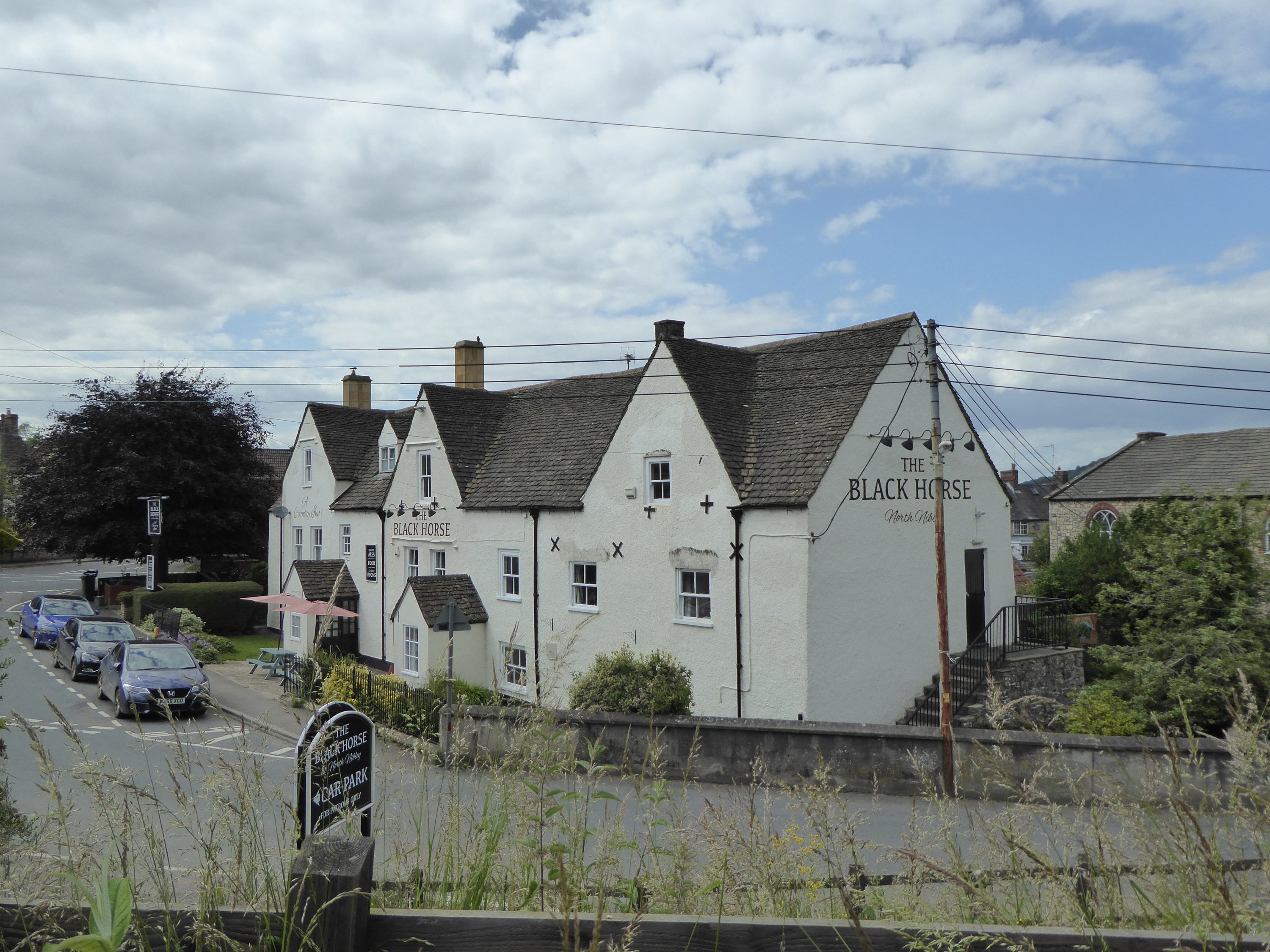 Picture book pretty from the outside, unfortunately the inside needed not only a lot of TLC but also a bloody good clean! I’m pleased we were only there for the one night.

It was a scorchingly hot day but after some much needed refreshment (a beer), we set off for a walk to stretch our legs. The barmaid recommended a walk to the Tyndale Monument as having lovely views from the top.

Here it is from the pub beer garden. Yep. That tower above the tree tops! 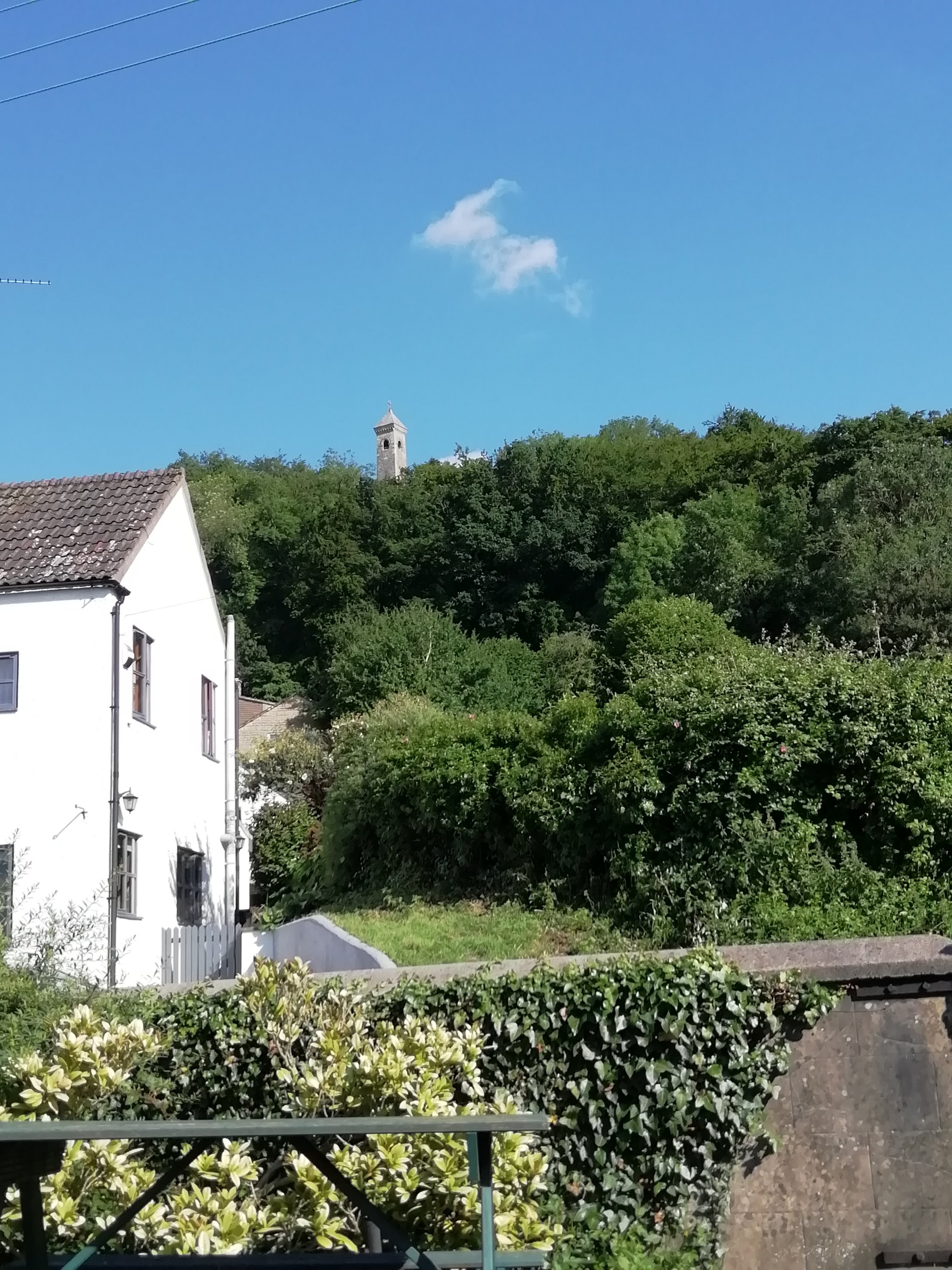 It was about a mile perhaps, uphill through cool, shady woodland and the views from the meadow at the top were indeed spectacular. Including the Severn Bridge 12 miles away.

It was quite a steep walk in places and I found a sturdy stick to help Patrick. Once at the top though, he found himself a much bigger Gandalf style stick which he brandished proudly! 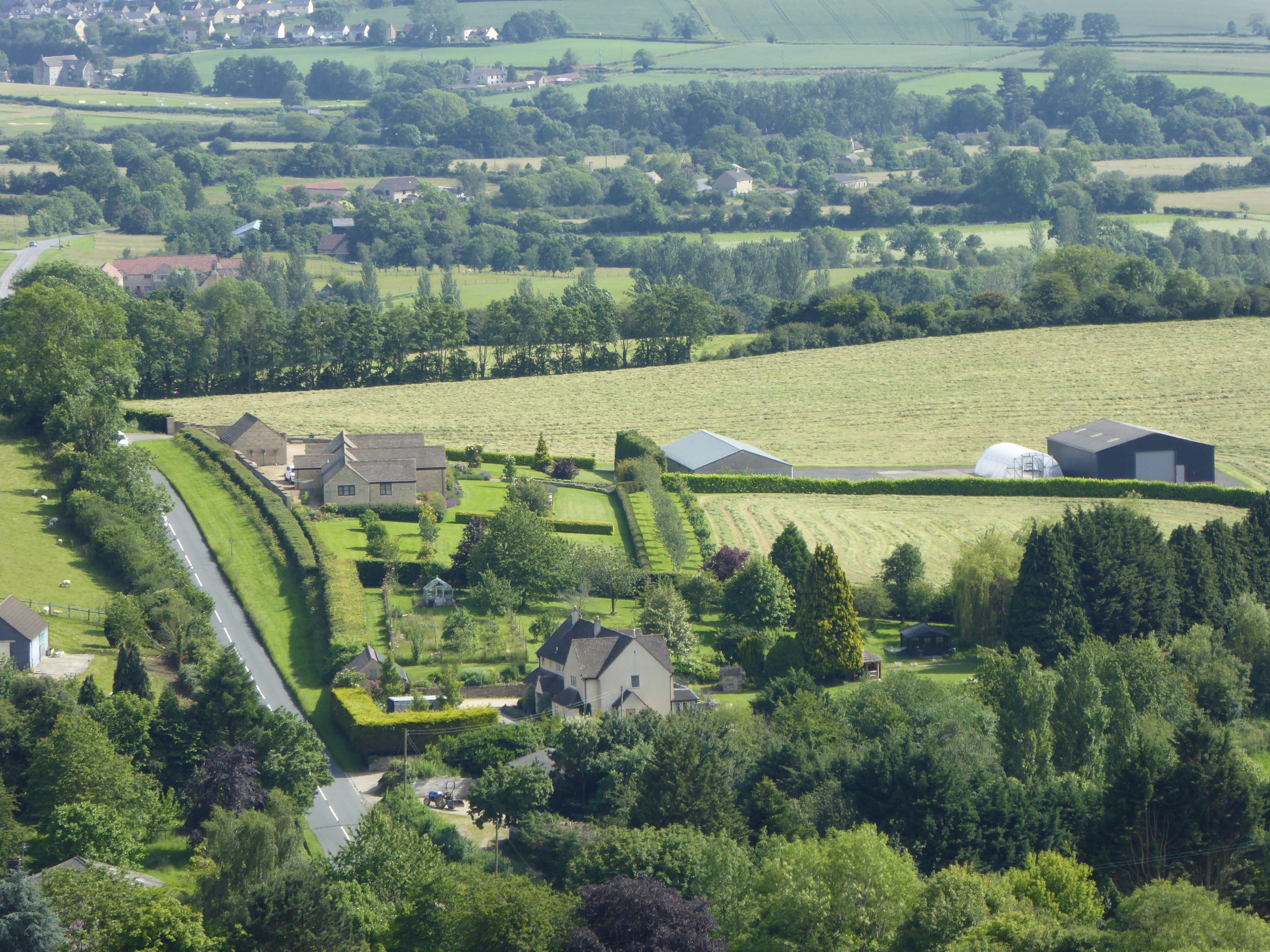 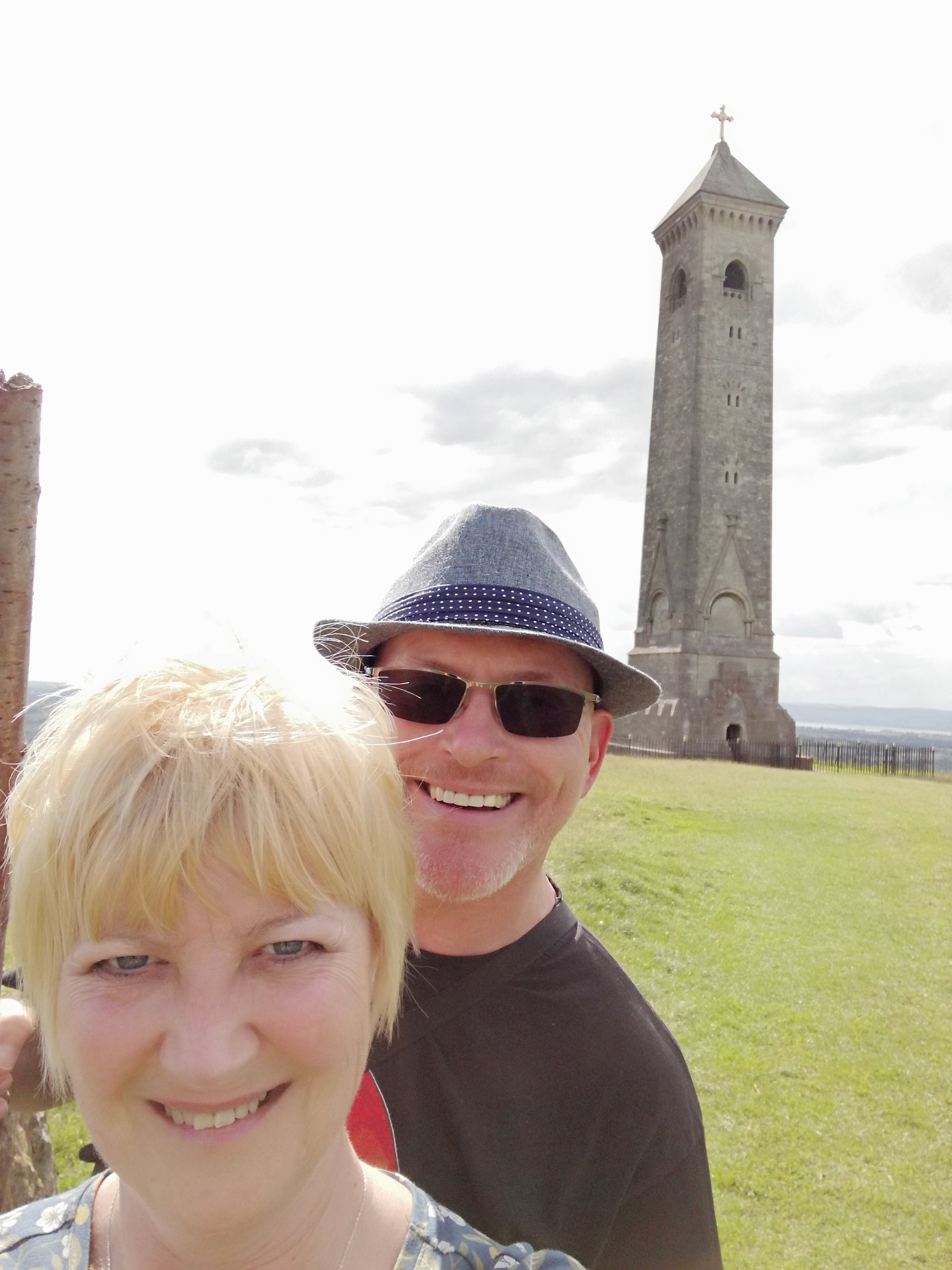 Once up there and having caught our breath back, we decided to climb up the steps inside the monument. There are 121 of the buggers. All was well until I came face to face with a nesting pigeon on a ledge right next to the steps. Those who know me will understand my panic! Patrick then had to squeeze past me and stand in front of the bird to shield me from it as I passed. It was worth the climb once we reached the top though.

Now feeling that our legs had been stretched enough, it was back to the pub for a swifty before freshening up for our evening meal.

The meals of steak and chips for Patrick and gammon and chips for me weren’t very good, the chips being frozen chips that had been deep fried to a tooth threatening crisp. I think least said soonest mended is my feeling about our stay at The Black Horse. We slept fairly well though and after a breakfast that was of the same standard as the previous night’s meal, we were ready to be on our way.

Oh My Word, I have been so neglectful of this blog and I’m quite disappointed in myself because I do this primarily for myself because I enjoy looking back through it from time to time.  It’s surprising how you forget how you felt until you read your own words back.  So, I think I’d better try and bring things up to date as much as possible.  So much has happened that I’ll have blog in installments to bring myself up to date.

First up, back in May we went to a fantastic food and beer festival in Ludlow, Shropshire.  It was held in the grounds of Ludlow Castle and rather than me trying to remember and describe it all, I’ll just point you in the direction of this fabulous blog post by Patrick.  He does a great job of telling the tale and below are some photos that I took on the day. 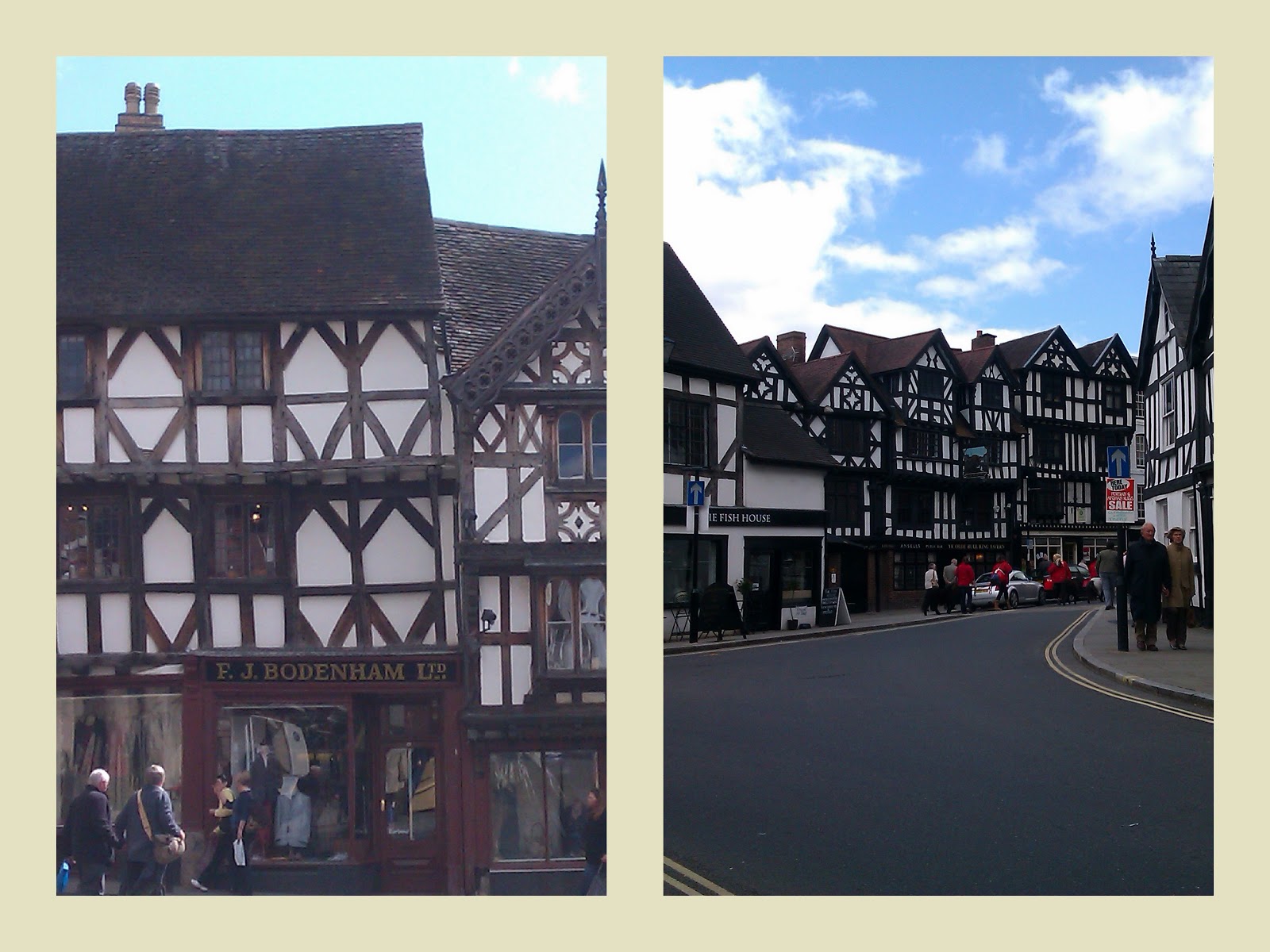 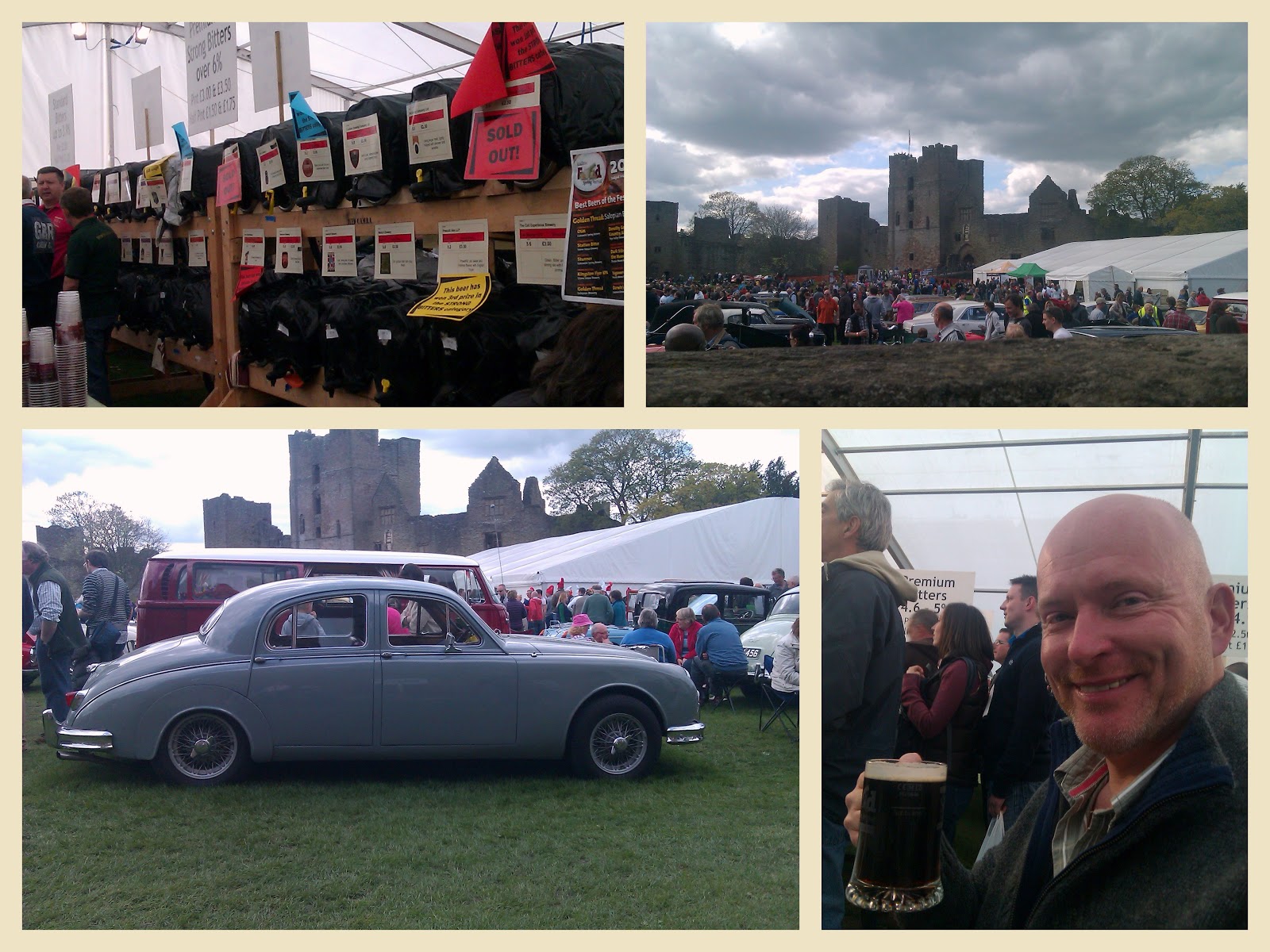 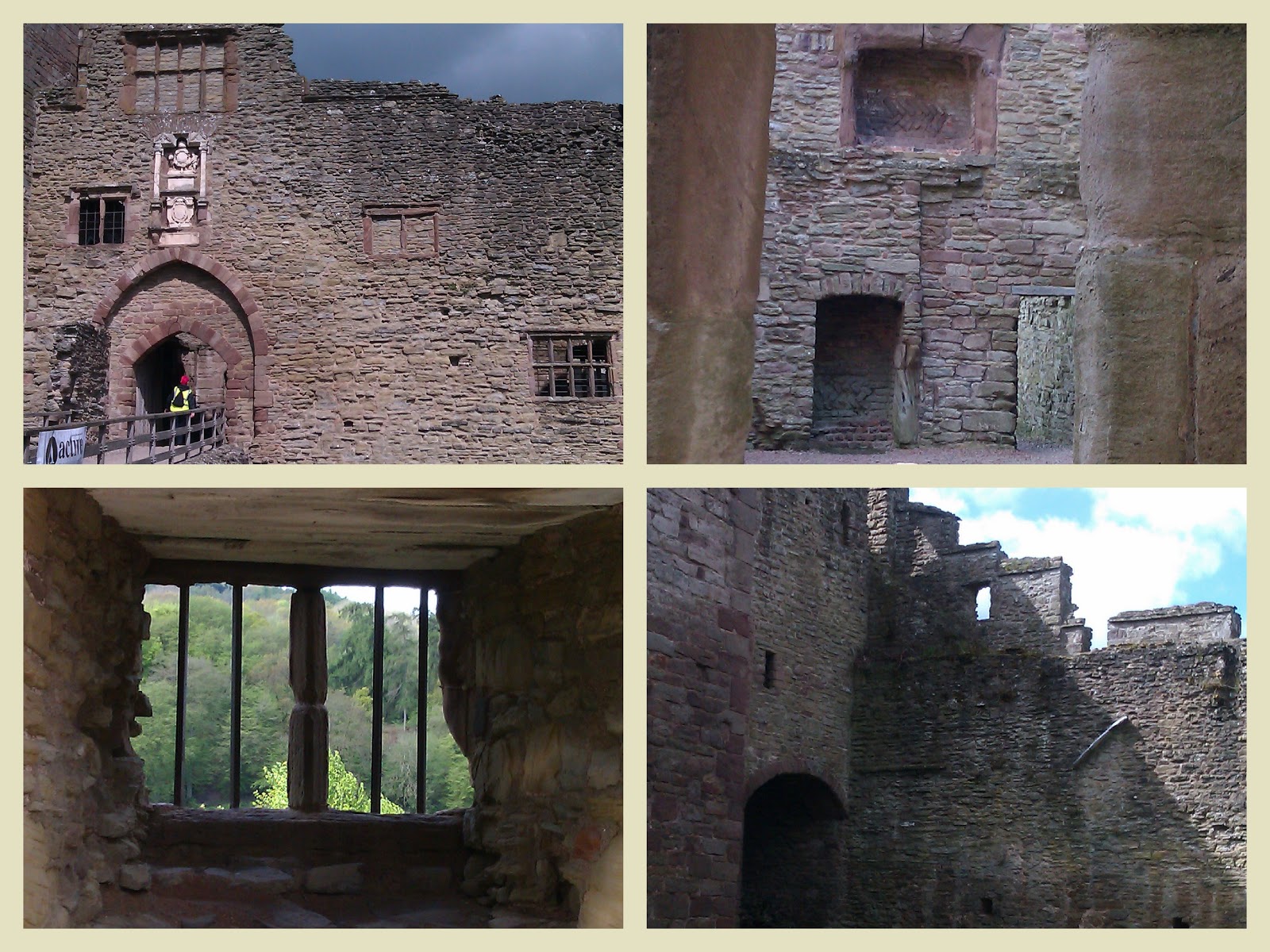 Next event up was our annual summer holiday.  Instead of the usual cottage stay, we had opted for a boating holiday on the Norfolk Broads and off we went in mid-June.  The weather had been horrendous in the weeks leading up to our holiday, rainy, windy and just plain horrible but actually, during the week we were away we were pretty lucky and it only rained briefly one afternoon, it rained every night but we were tucked up and cosy on the boat then so it didn’t matter.

I have to say that my feelings now, four months on are still  “Least said, soonest mended”!  Let’s just say that I didn’t take to it and was very nervous driving the boat all week.  On the way down, we stopped off in Kings Lynn at Beers of Europe for supplies of our favourite Belgian Ales to take onboard.  The place really is a beer lover’s paradise and we spent rather a lot of time (and money) in there!  We stayed in Norwich overnight and visited some of the lovely pubs there before driving to Stalham the next day to pick up our boat.  After a (very) short drive / sail (not sure what to call it) out of the boatyard and a quick tutorial on how to moor up, we were on our way.  I can’t say I really enjoyed the week on the boat, although I wouldn’t say I hated it either.  For me, it was just a stressful experience and I wouldn’t want to do it again.

Still, we got lots of photos of ducks, geese and swans 🙂 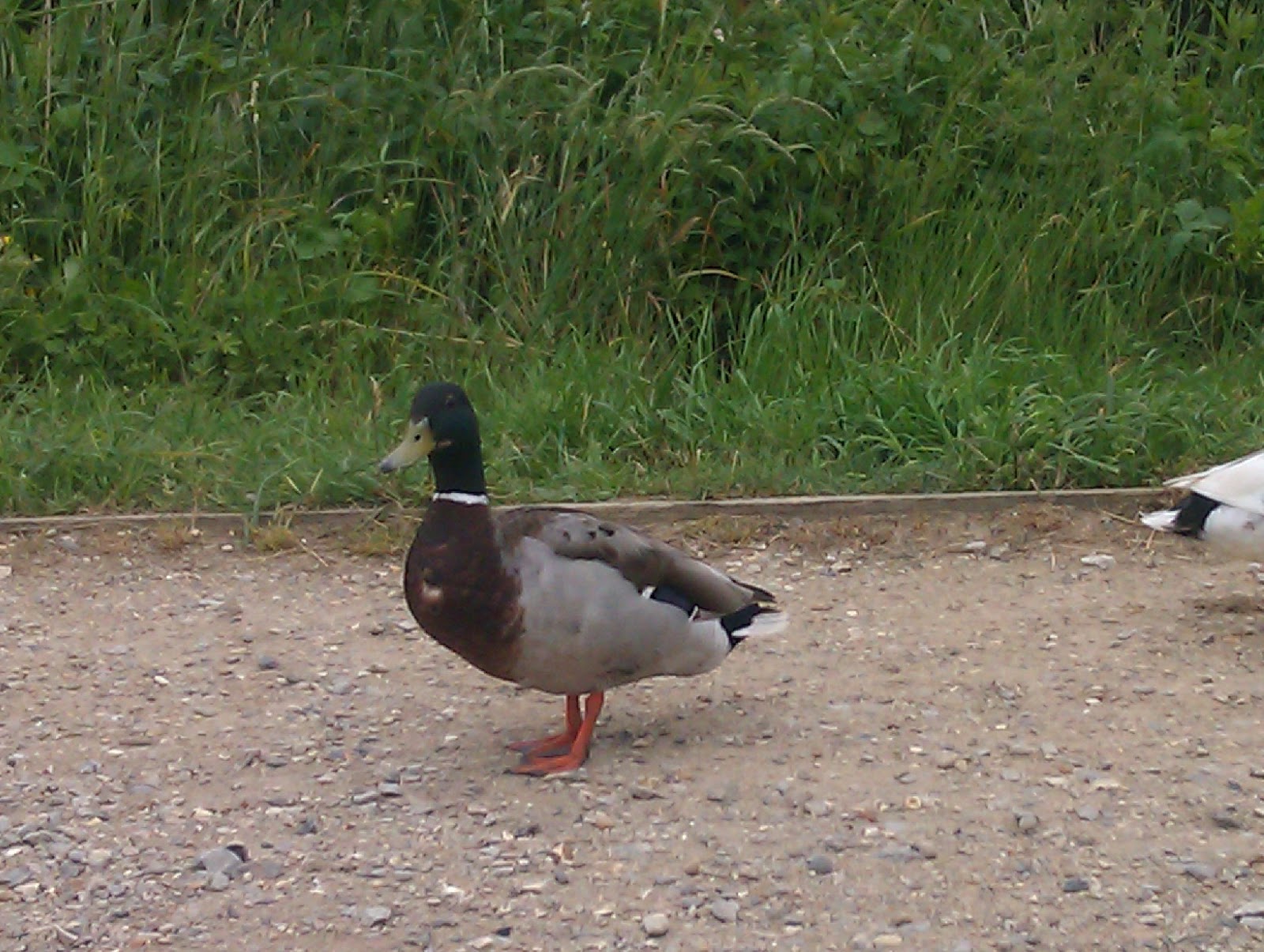 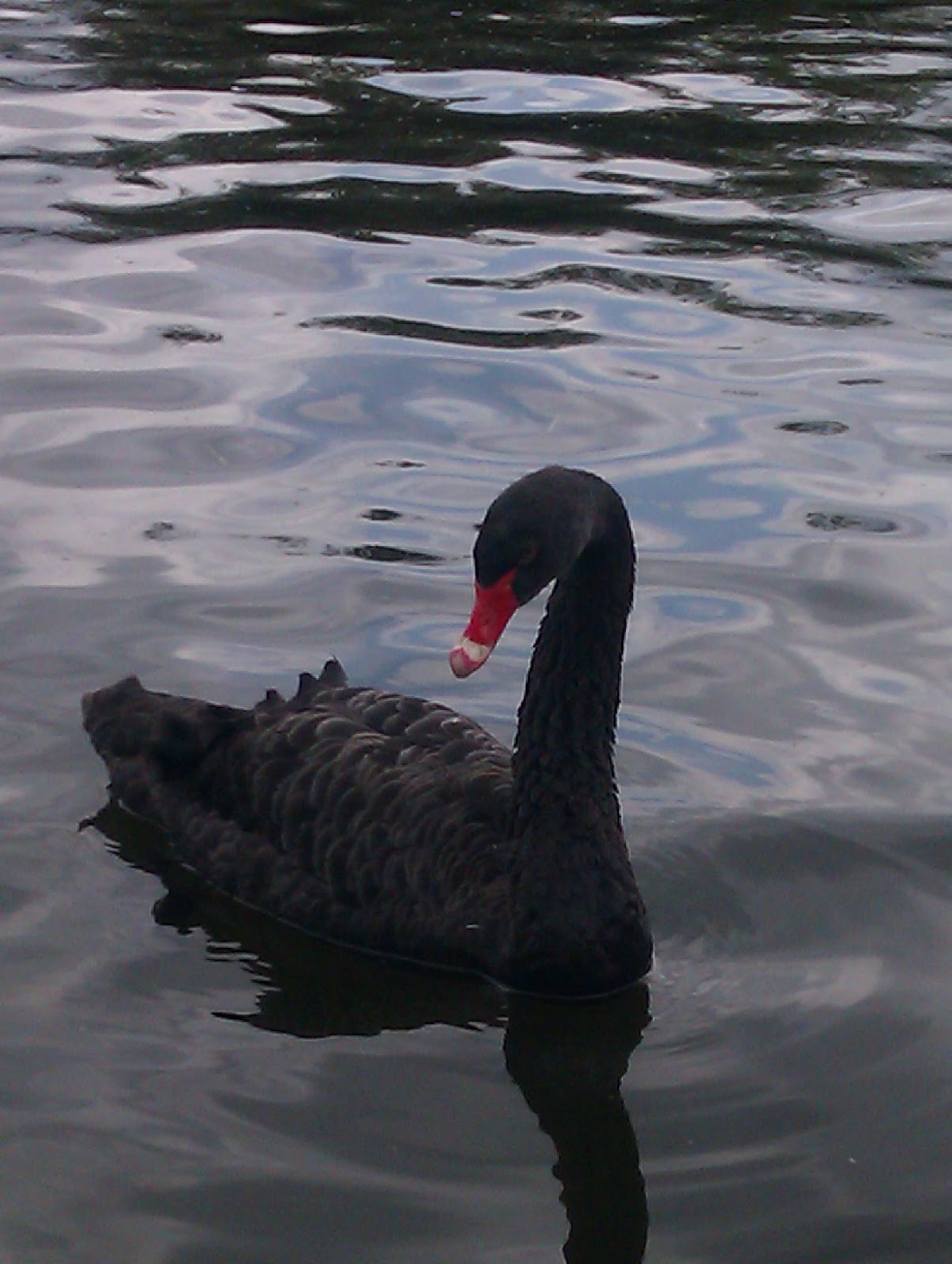 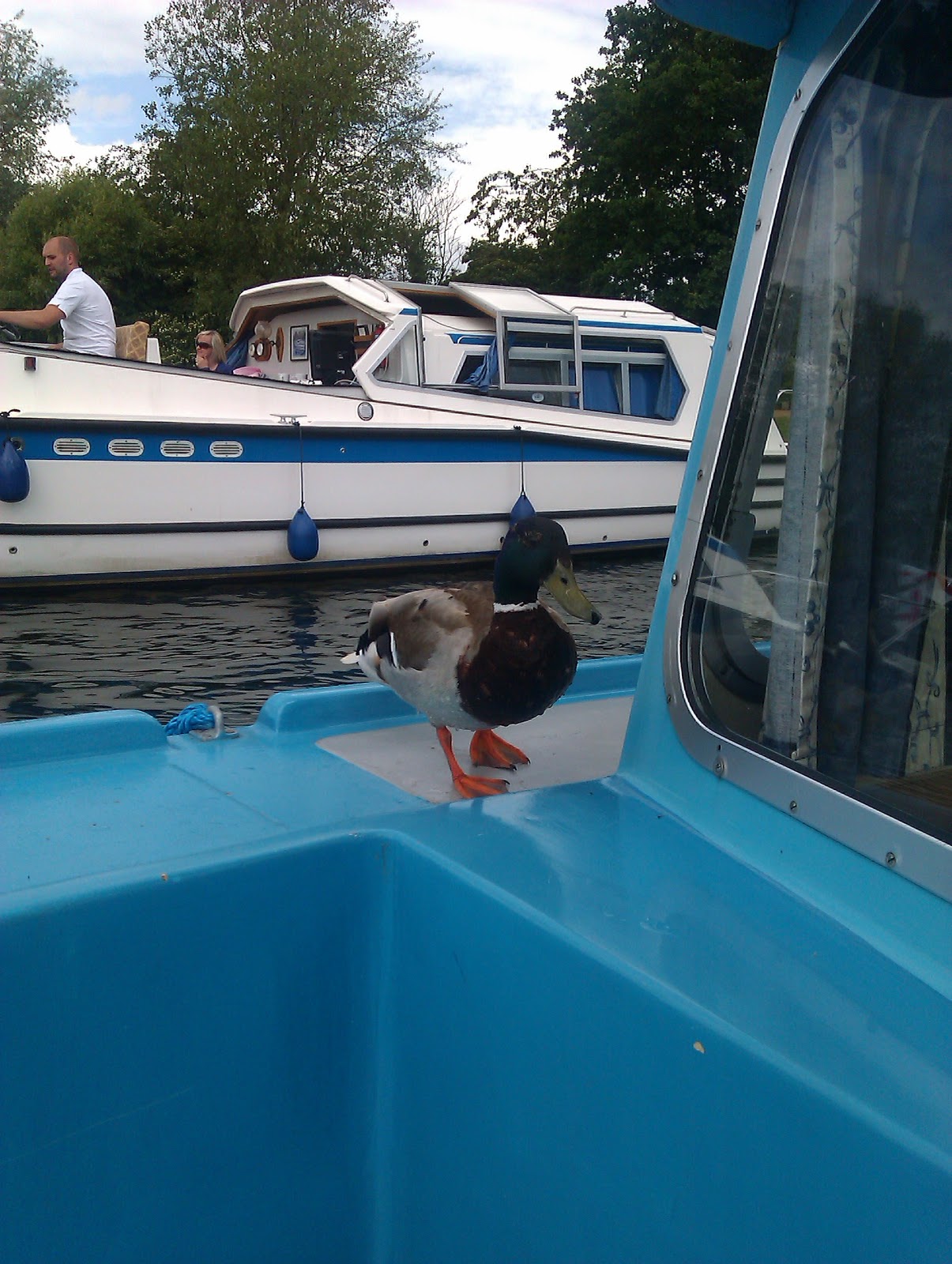 And Patrick did get to relax some of the time. 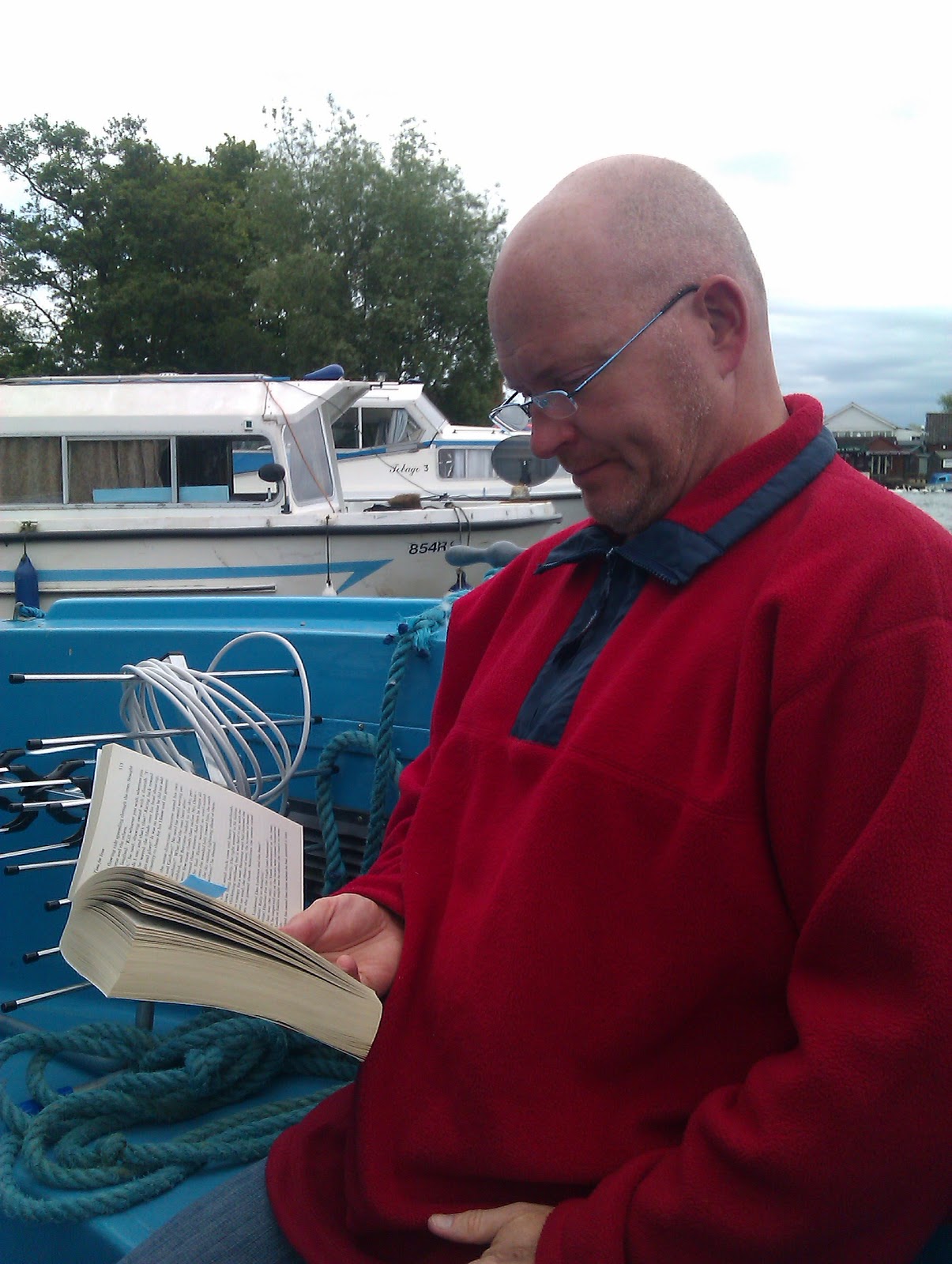 That’s this post done and dusted.  I’ll try to post again before the week is out to get us a bit more up to date.