..is a river which makes for a very pleasant Sunday afternoon stroll and an impromptu picnic.  So that is what Patrick and I decided to do on Sunday afternoon, having availed ourselves of Tesco’s finest scotch eggs and pre-packed sandwiches, a bottle of Leffe and a blanket to sit on.

Hull is built on the junction of two rivers, the mighty Humber, at the other side of which lies Lincolnshire, and the meandering River Hull, which the city itself straddles.  Despite living here all of my life  and spending much of my childhood mucking around where I shouldn’t be and, well, trepassing I suppose, at the industrial section of both rivers in and around the city centre, I confess I hadn’t previously ventured this far up river, well not along the riverbank itself anyway.  I drive across a bridge over it at this point everyday on my way to work and say to myself “that would be a really pleasant walk to do one day”.  So finally got around to it.  The weather was glorious and a lovely day was had.

I work somewhere over there! 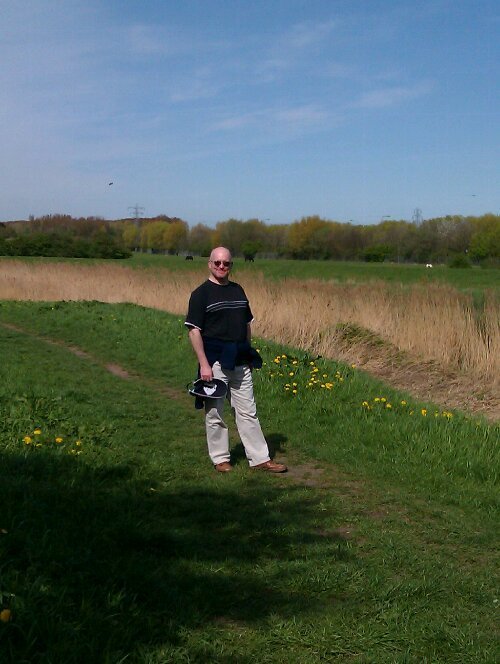 See those Dandelions?  I’ll be collecting some of them this week to make Dandelion Wine 🙂

You’d think looking at these pictures that I lived in some lovely country village with lots of green space around not right in the middle of a very industrial city like Hull.  Just goes to show, there are hidden gems if you are willing to get out there and look for them.